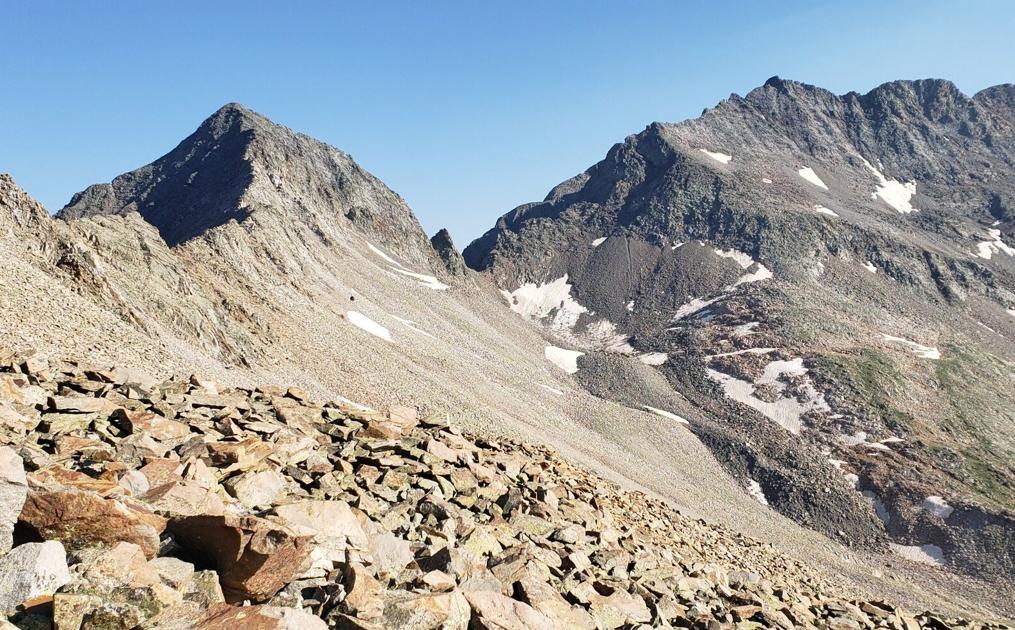 A 72-year-old Denver man had to be airlifted on Wednesday afternoon after taking a big fall while climbing a fourteener in Colorado.

According to the San Miguel County Sheriff’s Office, the man suffered multiple traumatic injuries after falling an estimated 500 and 1,000 feet near the Navajo Basin while climbing Wilson Peak near Telluride.

The injured hiker was spotted by another group who was hiking above him. The hikers contacted dispatch around 3:45 p.m. and search and rescue was deployed into the field.

Highland Helicopter of Durango flew rescuers into area. Pt was carried in a litter down treacherous terrain & flown to Telluride Airport. Careflight helicopter then flew him to St. Mary’s. He is considered lucky to have been spotted by the group of hikers. pic.twitter.com/X1INVDL2fZ

Highland Helicopter out of Durango flew rescuers to a landing zone where they hiked into the injured man and carried him in a litter down treacherous terrain to an awaiting helicopter, according to the sheriff’s office. The man was flown to the Telluride Airport and then transported via a Careflight team to St. Mary’s Hospital in Grand Junction.

The sheriff’s office says the man “is considered lucky to have been spotted by the group of unrelated hikers.”

Wilson Peak is a 14,023-foot mountain located in Lizard Head Wilderness of the San Juan and Uncompahgre National Forests. The most popular route to the summit travels the southwest ridge and is rated as class three with significant elevation gain and exposure.

Thanks goes out to search and rescue and the assisting agencies for another successful mission on the mountain.

Editor’s Note: Here’s a quick piece regarding why we’ve decided to include accident and death coverage in our collection of content.

Always be prepared for weather and emergencies while hiking in the mountains, especially fourteeners. Do not attempt any fourteener without serious preparation, gear, and climbing experience. Stay safe and have fun out there!

Help fund search and rescue missions across the state of Colorado by purchasing a CORSAR card at . This is not an insurance card. By purchasing a card, you are helping reimburse teams for costs incurred in providing help to lost and injured hikers, climbers, mountain bikers, hunters, ATV riders, skiers, snowboarders, and more.