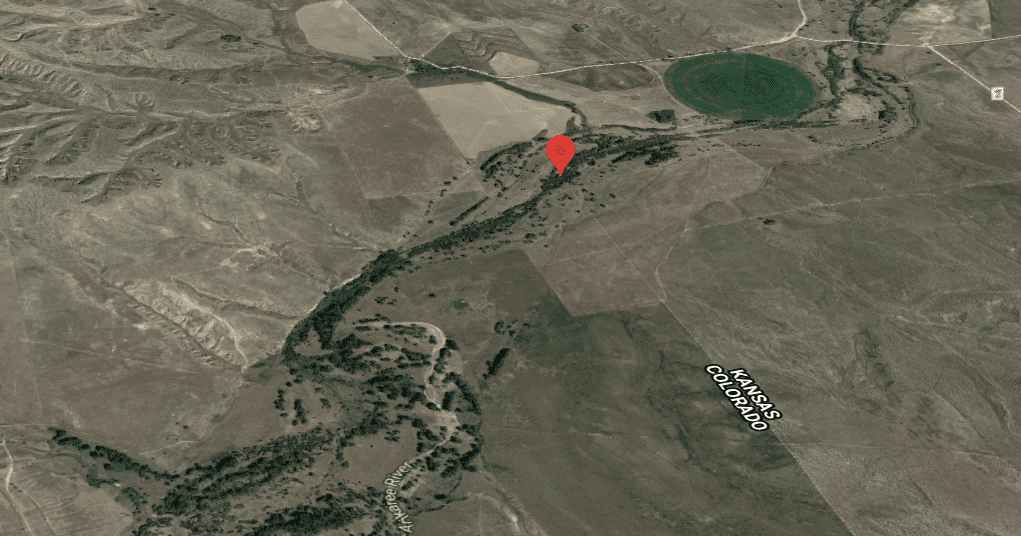 A state with an average elevation of 6,800 feet above sea level and a maximum elevation of 14,433 feet, it’s not much of a surprise that even Colorado’s lowest points are quite high.

Those seeking to find the lowest point in Colorado will need to visit the northeast corner of the state, in Yuma County, where the Arikaree River can be found. Stretching 156 miles long through the North American Great Plains, the Arikaree River winds mostly through the state of Colorado before briefly passing through Kansas and into Nebraska, where it meets the Republican River.

At the point where the Arikaree River crosses the state line out of Colorado, the lowest point of the Centennial State can be found at just 3,317 feet above sea level.

While the GPS coordinate 39°58′41″N, 102°03′06″W might be the lowest point in the state, it’s still quite high compared to low points found in other states around the country. Not only is this point higher than any other state’s lowest point, it’s also higher than the highest point found in 18 states plus the District of Columbia.

The next closest contender for state with the highest low point is Wyoming, which drops to 3,099 feet, followed by New Mexico, which has a low point of 2,842 feet. It’s extremely unlikely that this ranking would change any time soon.

As far as the lowest low points go, multiple sea-level states contend for this honor, though some landlocked states are close, including Arkansas, with a low point of just 55 feet. The lowest point in the country is Death Valley in California, at 282 feet below sea level. California is also home to the highest point in the contiguous US – Mount Whitney at 14,494 feet.

With a population of around 10,000, there isn’t a lot going on in Yuma County, Colorado. The community here is heavily tied to agriculture and ranching, growing more corn than any other county in the Centennial State.