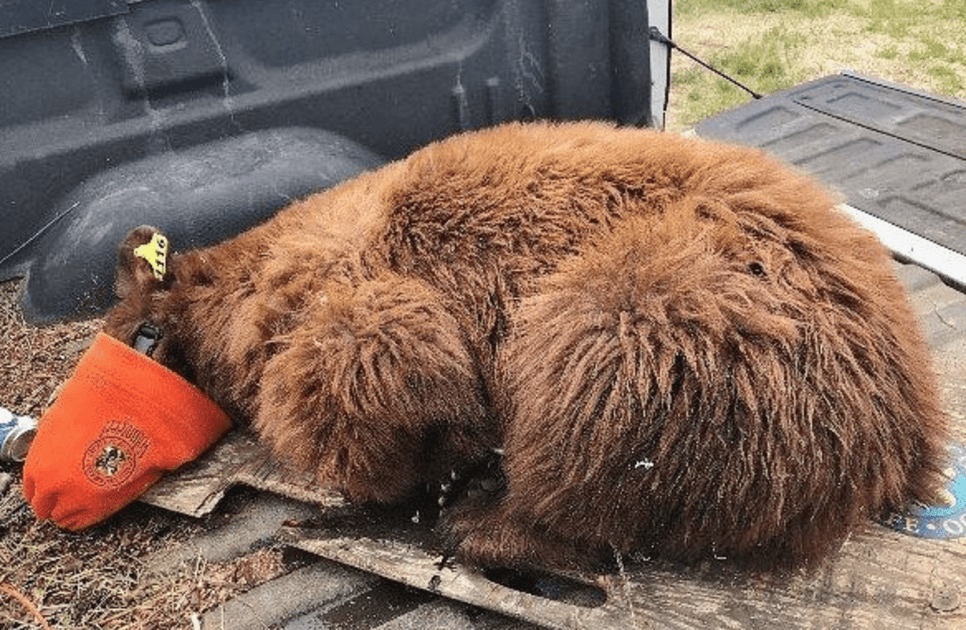 Colorado Parks and Wildlife tracked down a ‘lost’ black bear Sunday near Calhan following a long chase through a horse pasture.

According to Colorado Parks & Wildlife (CPW), the two-to-three year-old boar was found wandering in a “terrible spot for bears” on the plains just south of Limon.

You can find black bears across the state of Colorado from the lush green forests to the outskirts of the mountain towns. But roaming across the plains is not typical.

When CPW officers Sarah Watson and Ben Meier saw the 2-3 year-old boar (male bear), it was being chased by horses in a pasture. After a two hour pursuit, they were able to dart it and send it to the mountains where it was released in much more suitable bear habitat. (3/3) pic.twitter.com/qT8H1871ar

CPW issued a “lost bear” alert on May 25 asking for the public’s help in tracking down and relocating the young bear.

The first sighting of the lost bear was reported on May 11 near Ellicott, just east of Colorado Springs. Wildlife officials tracked down the bear from Truckton to Hugo and the Limon area.

The nearly 100-mile search came to an end on Sunday when CPW Officers Sarah Watson and Ben Meier discovered the young black bear inside a horse pasture.

The horses weren’t too thrilled about it either as they chased the bear around the pasture.

After a two hour pursuit, wildlife officers were able to dart and release the bear back into the mountains where it belongs.

Editor’s Note: Do not approach wildlife. If you encounter a wild animal that appears sick, injured, or in need of care, please contact your local Colorado Parks and Wildlife office.