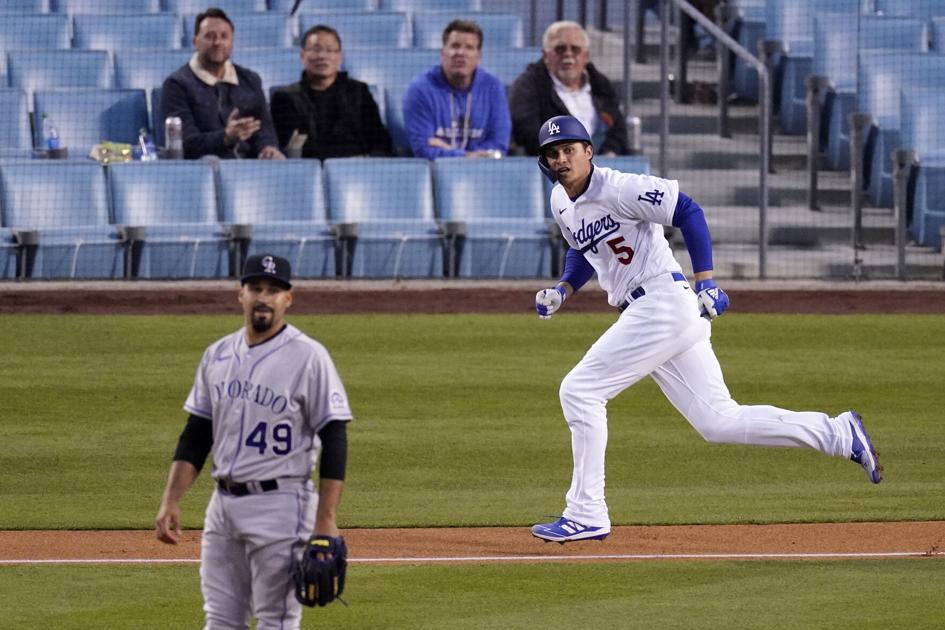 The Rockies’ schedule has them playing eight more games at Dodger Stadium this season.

In the teams’ first meeting on the West Coast this season, Los Angeles displayed all the ways it is better than its division foe in a 7-0 snoozer on Tuesday night.

And out of the bullpen, manager Dave Roberts went to former Cy Young Award winner David Price with a seven-run lead.

The Rockies have dropped 18 of their last 21 games in this stadium. This was the fourth time in the past 13 meetings in Los Angeles that Colorado has lost by seven runs.

“We’re battling every night,” Rockies manager Bud Black said. “We’re not looking in the past. Our team turns the page pretty quickly.”

Colorado starter Antonio Senzatela didn’t get out of the third inning. He gave up solo home runs to Corey Seager and Chris Taylor in the first and a leadoff shot to Mookie Betts in the third. He has given up 10 home runs in his career at Dodgers Stadium in 27 2/3 innings.

“I just made three mistakes,” Senzatela said. “They hit them pretty hard.

The fifth run Senzatela surrendered was unearned, as Trevor Story threw away the third out of the third from shortstop. The Rockies then went to Jhoulys Chacin from the bullpen.

Senzatela and Chacin combined to throw 135 pitches through the first five innings.

If there was a bright spot for the Rockies, aside from a two-hit game from Hampson, it was a the bullpen coming up with 5 1/3 quality innings. Robert Stephenson gave up one run in two innings and rookie left-hander Ben Bowden threw a scoreless eighth inning.

The Rockies (3-8) had just one runner reach second base after back-to-back walks to open the second inning. Raimel Tapia then struck out, Josh Fuentes fouled out and Elias Diaz struck out to end the Rockies’ lone threat.

“That could have gave us some momentum, gave us a little life,” Black said. “We couldn’t solve (Bauer).”

Seager added a double and scored three runs for the Dodgers, the reigning World Series champions who are out to a 9-2 start to the season.

Colorado hitters struck out 12 times on Tuesday and have struck out 10 or more times seven times in 11 games to open the season.