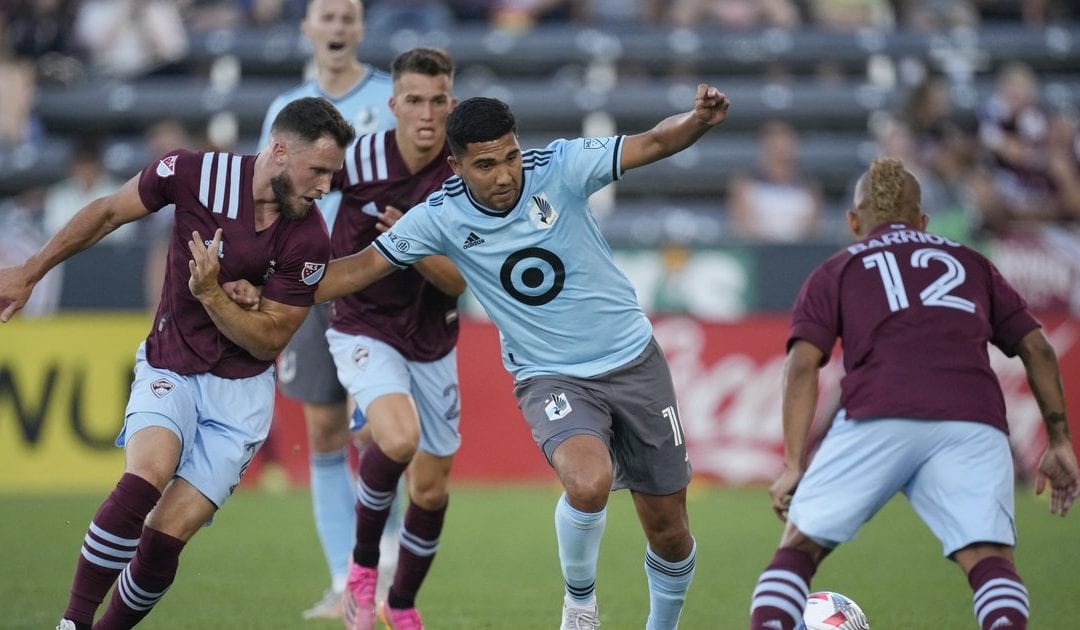 Minnesota United’s seven-game unbeaten streak ended Wednesday night in the last place they had lost, with a 2-0 defeat at Colorado.

The Loons had gone 4-0-3 since they surrendered three unanswered goals after halftime in a 3-2 loss at Dick’s Sporting Goods Park more than two months ago. It left them 0-4 to start the season.

On Wednesday, they were shut out for the first time since the season opener — a 1-0 loss to Austin FC — in a game coach Adrian Heath called an “overall very poor, disappointing evening.”

They played without five starters out of choice or need, including veteran iron man Michael Boxall, who has a leg injury that could keep him from joining his New Zealand national team for the Tokyo Olympics.

“He’s got a problem at this minute and time,” Heath said. “He probably won’t be going, I think.”

Afterward, Heath fumed at his team’s play, even after his beloved England reached a major tournament’s final for the first time since the 1966 World Cup by beating Denmark in the Euro semifinals.

The Loons allowed Rapids to take a 1-0 lead on midfielder Braian Galvin’s curving, left-foot strike from 14 yards out in the 45th minute just before halftime.

Andre Shinyashiki’s 80th-minute goal, in which he passed to himself after a teammate unexpectedly veered away, gave Colorado one more goal than his team would need.

The Rapids could have scored more, but Loons goalkeeper Tyler Miller came off his line and made consecutive saves that kept the game scoreless in the 40th minute. The crossbar stopped at least two more shots for him as well.

The Loons played the final six minutes and stoppage time a man short after second-half substitute Roman Abila purportedly jabbed a Rapids’ player in the back as the two teams jockeyed for position on a free kick.

The Loons lost for the first time since May 8 with a front four remade by Robin Lod’s return from the Euro championship and a back-four defensive lineup almost completely remade by injury or circumstance.

The front four with Emanuel Reynoso, Franco Fragapane and striker Adrien Hunou never found the connections with each other all night.

“We were poor in the forward areas,” Heath said. “There are two sides to every game of football. One of it with the ball and one of it without and we only wanted to do with the ball [Wednesday]. We still only did comfortable and safe football. We didn’t want to get out of our comfort zone.

“We didn’t want to run forward without the ball. We didn’t do enough when the opposition had the ball.”

Heath refused to blame his defensive back line that had Jukka Raitala starting for injury Bakaye Dibassy, Brent Kallman for Boxall and D.J. Taylor for absent Romain Metanire at right back.

“Obviously, you’d prefer to keep a balanced team,” Heath said. “But that would be an excuse this evening and I’m not giving excuses out.”

He wasn’t ready to excuse Abila for the red card either, if he did what video review told the referee he did.

“If he punched him, then you’re going to get sent away,” Heath said. “There are too many cameras these days.

“If he has done it, serves him right and he’s cost the rest of the group as well.”

The Star Tribune did not travel for this game. This article was written using the television broadcast and video interviews before and/or after the game.