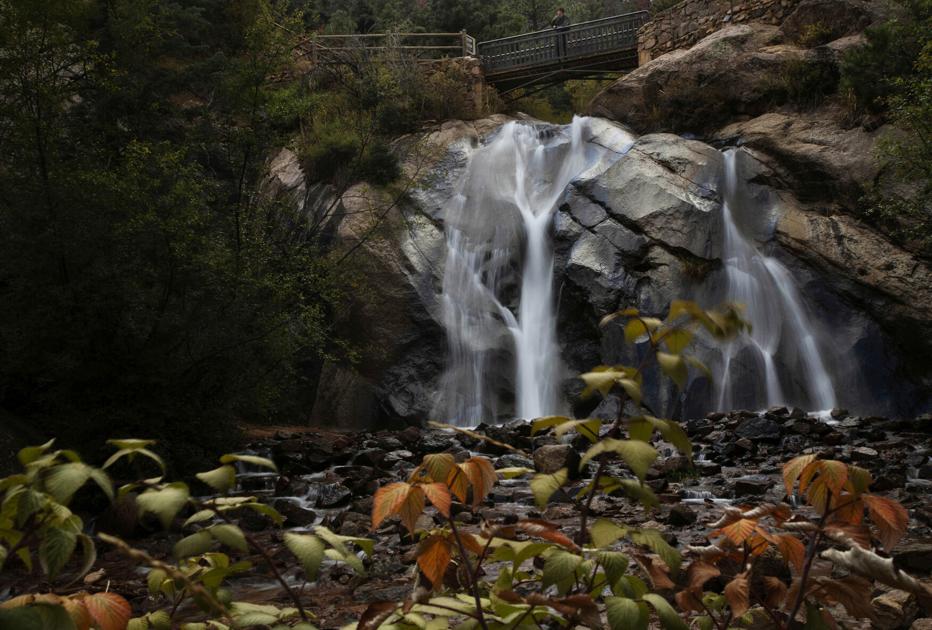 Starting next week, access to one of Colorado Springs’ most beloved mountain parks will drastically change for the foreseeable future.

The road from North Cheyenne Cañon Park’s main entrance to the Helen Hunt Falls parking lot is expected to be closed to drivers, hikers and cyclists from Sept. 27 through the end of May. That’s for a job to replace three “aging” bridges on the road, by the city’s description.

Along with construction crews, the city in a news release said access will be maintained for emergency vehicles.

Other drivers will be able to enter the park from the back side, from the dirt Gold Camp Road to the newly paved parking lot at the top of the canyon — the busy “hub” for access to Seven Bridges Trail and more.

In a news release, the city warned “the parking area is expected to fill quickly, and visitors should be prepared to turn around if there are no parking spots.” The released added: “Illegally parked cars will be ticketed. Be prepared that Gold Camp Road is approximately 4 miles of rough-grade gravel road” to the parking lot.

Trails will remain open, including below the parking lot at Helen Hunt Falls and the upper Columbine Trail near there.

The lower part of Columbine can be reached from the park’s main entrance. The road must be crossed for the middle portion; David Deitemeyer, the parks department’s senior landscape architect, told The Gazette that crossings for trails would be permitted. But the road closure bars access to the popular Mount Cutler trailhead.

In a news release, the city’s project manager and senior engineer, Aaron Egbert, said crews “understand how important this park is to the community, and we are committed to replacing these bridges as safely and efficiently as possible.”

For safety of crews and visitors, he called it “critical” for North Cheyenne Canyon Road closure to be respected.

The city called it “proactive” to replace the bridges now “before they completely fail” — so “costs can be managed, work can be planned efficiently, and impacts to the natural resources and park users can be minimized.”

Earlier this month, the city closed the area around Daniels Pass, the woods between North Cheyenne Canyon Road and Gold Camp Road. The previous Daniels Pass Trail, mostly known by mountain bikers for its steep descent, is being scrubbed and reconfigured to appeal to all park visitors.

Daniels Pass will ascend to its current ridge and descend to a new trail network called Sweetwater Canyon. Also from this ridge, a new path to Mount Muscoco is being built.

The city has said the area could open as early as November. But the road closure complicates access to the anticipated trails. The new Daniels Pass trailhead, coming with new parking space, will be situated along the closed portion of North Cheyenne Canyon Road.

One way to the upcoming trailhead, Deitemeyer said, could be from the new trail connector at the Bruin Inn picnic area by Helen Hunt Falls. He pointed to another connection built last year, running from upper Columbine Trail to the new Daniels Pass entry. Those familiar with the route from Gold Camp Road to Daniel Pass’s top ridge will still have access that way when Sweetwater Canyon trails open.

“One of the great aspects of the new trails is multiple connection points and loop opportunities,” Deitemeyer said.

But with the road closure, “sure, it will still be well anticipated,” he said.