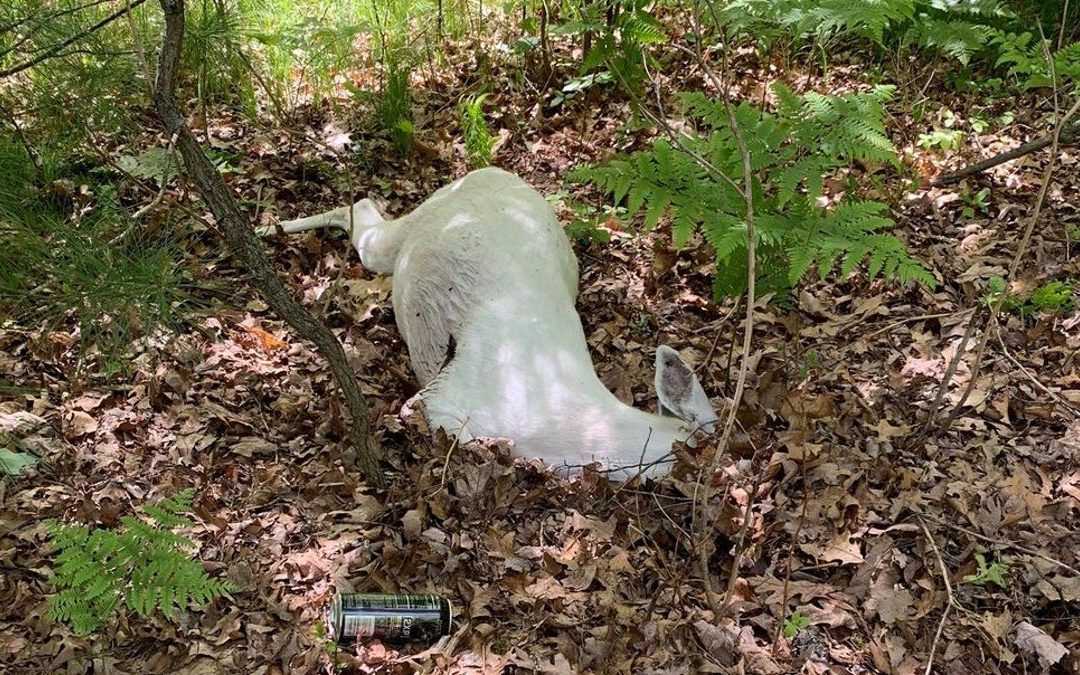 State conservation officials are trying to track down who killed an albino deer that was found Sunday in Irons in Lake County.

Michigan Department of Natural Resources officials said this week in a Facebook post that the deer was shot with a crossbow out of season, likely from a road, between 5 p,m. and 7 p.m. and was found at the edge of a resident’s yard.

Hundreds of angry and bewildered commenters said they felt the poacher was “complete evil” and “a disgrace” for killing such a rare animal that was known by local residents and should be shamed, caught, prosecuted, put behind bars — and worse.

“Shot by a crossbow. From a car,” one person said. “I’d like to round up the perpetrator(s) and inflict the same.”

Another suggested the deer-slayer should be mounted.

Others remarked that that humanity seems to have lost its sense of morality, and posted photos that had been taken of the deer and signs, presumably from the area, that said “Don’t Shoot! Leave the White Deer for generations to come.”

The DNR said in its post that the deer’s body was found along North Bass Lake Road, about a half-mile north of 10½ Mile Road” and was well known in the community. Irons is about halfway between Cadillac and Manistee.

An interest group, Poacher Strike Force, said it is offering a $3,500 reward for information that would identify whoever killed the deer.

The penalty for killing a deer out of season is a misdemeanor punishable by not less than five days in prison and up to 90 and a fine of not less than $200 and up to $1,000 and additional costs.

Poachers also may be required to reimburse the state up to $1,000 for the deer.

Estimates of how common a white deer is vary, with one naturalist estimating that they are born once in about 20,000 births and some saying the chances of occurring are even rarer, 1 in 100,000.

Some believe spotting a white deer is good luck.

In some states, it is illegal to kill white deer. In 2008, Michigan changed the law to allow the hunting of albino deer. However, in many communities local residents become attached to the rare game and seek to protect them.

In April, news accounts detailed a white deer spotted near Marquette that local residents named Marshmallow. There also was a white deer sighting in 2019 near Kensington Metropark in Milford.

DNR officials are asking anyone with information to contact the state’s poaching hotline at 800-292-7800, or by texting the number from a mobile phone. Tipsters may quality for a reward.