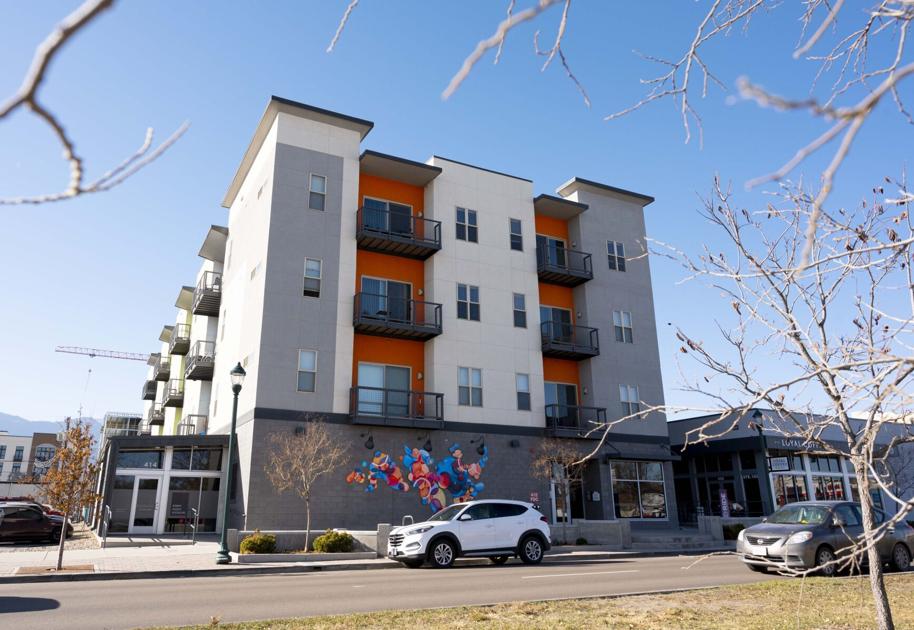 Blue Dot Place, a 33-unit apartment building that opened almost five years ago and was at the forefront of a wave of multifamily projects in downtown Colorado Springs, has been sold by developers Darsey Nicklasson and Kathy Loo.

The four-story Blue Dot Place, at 412 S. Nevada Ave., was purchased by Ray and Barbara Rhodes, and sons Tim and Brian, who operate a small, family owned Springs real estate investment company. The Rhodes paid $13 million for the property or $393,393 per unit — a record high per- unit price in Colorado Springs, industry officials say.

Since Blue Dot, downtown has seen the opening of ECO 333, The Mae on Cascade and Casa Mundi, the latter of which Nicklasson also developed. Several more projects are planned by local and national developers, which will bring hundreds of additional apartments to downtown.

Those projects are part of a downtown development boom, which includes the U.S. Olympic & Paralympic Museum that opened in July, a multiuse stadium and Colorado College indoor arena scheduled for completion in 2021 and several new hotels debuting in the next few years.

Nicklasson said the time was right for her and Loo to sell Blue Dot Place. Both have other interests, including two apartment projects that Nicklasson has proposed for the city’s southeast side.

“We felt that we’ve done what we set out to do, and that is to be part of the revitalization of downtown,” Nicklasson said. “Somebody had to take that first step. We were willing to do it. And now there’s so many amazing things happening downtown.”

Blue Dot Place wasn’t the only building block for downtown, Nicklasson added; a form-based zoning code that encourages development and other residential and commercial projects also were key for the area’s resurgence, she said.

Nicklasson and Loo both looked for a local buyer who would, like them, embrace downtown Colorado Springs and the larger community.

Tim Rhodes said he and his family have primarily worked in affordable housing for the last 20 years; Blue Dot Place will be their fifth property and the first that’s considered to be a Class A+ multifamily project.

He said his family had looked for another investment opportunity “for quite a while” and had checked another property when they were shown Blue Dot Place by Saul Levy, a director with the Denver office of Newmark, a national commercial brokerage. Levy and Kevin McKenna, Newmark’s executive managing director, represented Nicklasson and Loo in the property’s sale.

The Rhodes wound up touring Blue Dot with Nicklasson and fell in love with its quality and its downtown location, Tim Rhodes said. He and his brother were born in the Springs, while his parents have been here since the 1960s.

The Rhodes don’t plan changes at Blue Dot; Nicklasson said the property has been 100% full, though three units opened up a few months ago after the onset of the COVID-19 pandemic.

Nicklasson said finding a local buyer who’s invested in the community was especially important to Loo and herself, given their personal commitment to the project and downtown. Besides developing Blue Dot, Nicklasson said she also managed it and knew every resident — and even their dogs.

“We built it to create a community, we built it to create a place,” Nicklasson said. “Even though we knew it was time for Kathy and I to exit, we don’t want that to go away. … They (the Rhodes) told us over and over they’re so proud to get to buy this because they get to be part of the downtown story.