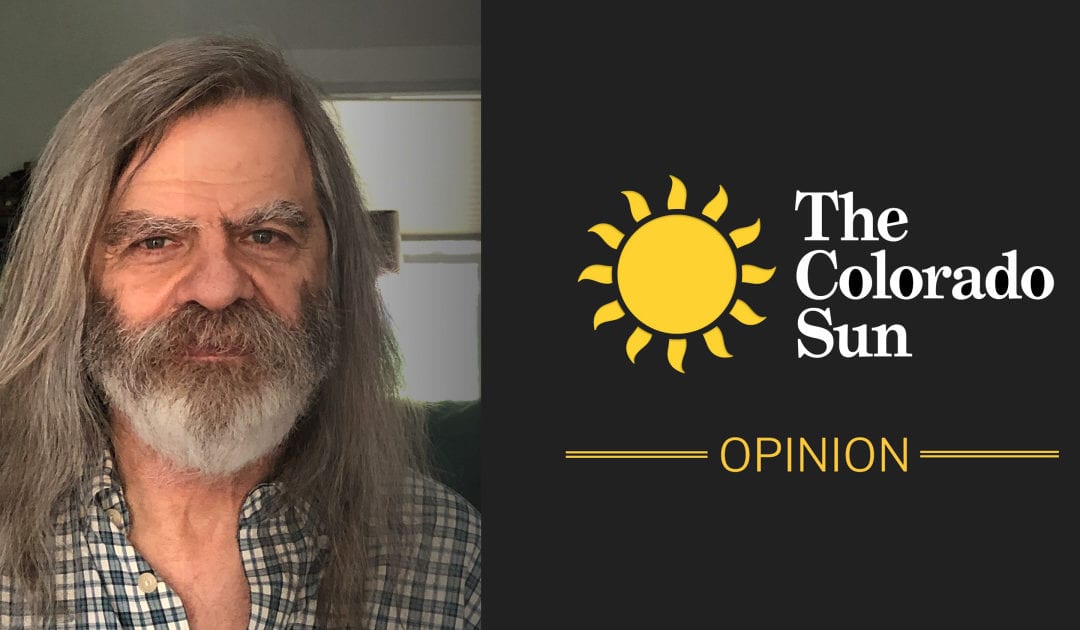 It is widely assumed that Cory Gardner is an underdog in his U.S. Senate race against John Hickenlooper — a race that many national pundits, out of habit I think, are still calling a tossup. But it’s no secret why Gardner is trailing.

If Garder wants to reach the finish line first, he’s got to get there with Donald Trump’s 900 pounds on his back, with Ken Buck, Randy Corporon, Lauren Boebert, Patrick Neville and other Colorado GOP actors on his back, with Gardner’s long voting history — much of it not exactly in tune with the getting-bluer-every-day Colorado — dragging him down as well. I don’t know which brand of pickup truck can haul that much detritus, but Gardner should definitely be in the market.

Hickenlooper has his own problems — he has said he didn’t actually want to be a senator; he was slammed by Colorado’s Independent Ethics Commission; he apparently knows both Chuck Schumer and Nancy Pelosi — but nothing, you know, Trump-sized.

Few people dispute Gardner’s political chops. But here’s how bad it is for Gardner. Hickenlooper is running a Facebook ad trolling a Cory Gardner Facebook ad that ran nationally, but was apparently rarely seen in Colorado, at least in this iteration. According to the Gardner campaign, the Facebook ad ran in Colorado extensively months ago.

Anyway, we know Gardner mentions Trump as little as possible, and here’s the text of Gardner’s ad: “We’re asking patriots nationwide to show that they support the pro-growth, conservative agenda that President Trump and I are fighting for ― will you join them? Sign your name now to say ‘thanks’ to President Trump for delivering REAL results on behalf of ALL Americans!” Here’s the Hick ad, which is only too happy to have Gardner saying out loud that he and Trump are on the same team and even use the same all-caps Twitter style.

This is how bad it is. I was talking to one of my Republican friends — yes, I’ve got ‘em — the other day who is also an FOC (friend of Cory). I can’t remember if this conversation came just before or just after the story of Ken Buck’s Kill ’em all T-shirted fashion choice, but I do remember saying that things were going so badly for Gardner that I almost felt sorry for him.

OK, that was, as Huck Finn would say, a stretcher. I don’t really feel sorry — or even nearly sorry — for Gardner, who has shown himself to be the ultimate multi-faced Trump enabler who reliably won’t comment on Trump’s reported remarks that those American soldiers killed in war were “suckers” and “losers.”

Meanwhile, Trump swears on whatever — forgetting, I guess, all about that upside-down Bible thing — that the story about losers and suckers was fake news and he’d never said any of it. Let’s just say I know fake news, and I know Jeffrey Goldberg of the Atlantic, the person who wrote the article and who is is exactly the opposite of fake.

But that’s another story. In this story, someone will ask Gardner about Trump’s disregard for the fallen, and Gardner will answer by launching into his own personal reverence for the military and note the hundreds of billions he has voted for to expand the armed forces. What’s certain is that he won’t answer the question. Not answering the question, while simultaneously showing his very white teeth, is Gardner’s greatest single political skill, and one that no one should underestimate.

The conventional wisdom — and, this once, I agree — is that Gardner cannot escape the long shadow of Trump, with whom he shares a ticket and whom he has endorsed after refusing to endorse him in 2016. In the latest Morning Consult poll, Trump was 10 down in Colorado. That’s actually a good result for Trump. Usually he’s 15 points down. But if Trump loses Colorado by double figures, every Republican strategist I talk to says Gardner cannot win. If you need help making the case, Garder is down nine points to Hickenlooper in the same poll.

But the wisdom needs to go deeper. It’s not just Trump. It’s the entire Colorado Republican Party that Gardner has to overcome. It’s no secret that Republicans were swept in Colorado in 2018 in the party’s most devastating election season in memory. It’s also no secret that Gardner’s win over Mark Udall in 2014 is the only top-of-the-ticket race Republicans have won in Colorado since 2004, long enough ago that Joe Biden was 61 at the time and Trump was a mere 58.

The truth is, Gardner’s got clowns to the left of him and jokers to the right.

There have been a number of articles written recently, including one in The Colorado Sun, about Gardner’s Obamacare problem and all the votes he’s taken to repeal it without offering any alternative. When Gardner won in 2014, Obamacare was his go-to message. Now, Obamacare is popular, particularly during a pandemic, and Gardner no longer wants to talk about it or about the GOP lawsuit that would end Obamacare. When Colorado Public Radio asked him about his plan for medical reform, he dodged, feinted, Euro-stepped and did his best Jamal-Murray-on-the-drive imitation. He wouldn’t answer the question, of course. He did say Hickenlooper wanted “socialized” medicine, which is kind of funny. You may remember Hick’s big moment in his presidential bid when he and Sanders were debating over “socialism” and Hick challenged Sanders to a throw-up-your-hands throwdown.

Meanwhile, Gardner submitted a Senate bill that would cover pre-existing conditions, which is already covered in Obamacare. And the phony 117-world bill, which will never be considered, wouldn’t actually change anything.

I’d love to see Gardner and Hickenlooper debate that topic, among others, but so far, they’ve agreed to only two debates, only one of which is scheduled to be televised. Hick is a terrible debater and doesn’t want debates. Gardner should be agreeing to every debate possibile, but is proposing other dates. Maybe he just doesn’t want to explain the GOP Senate’s inability to pass a second round of COVID help for those living in states like, say, Colorado.

I am also guessing he’d prefer not to talk about GOP state Rep. Neville suing Jared Polis over the mask-wearing mandate. He probably doesn’t want to talk about Randy Corporon, a radio talk show host and one of three Colorado RNC committeemen, but the only one, CNN noted, who has a long history of feeding right-wing conspiracy theories to his audience, some Islamophobe, some Obamaphobe, one saying the white surpremacist rally in Charlottesville that killed a counter-protester was a “setup.”

And then there’s Buck, of course, the state GOP chair and congressman who wore the Kill-‘em-all, let-God-sort-‘em-out T-shirt at a recent guns & BBQ rally in Grand Junction. Gardner was at the rally, as was Boebert. Buck’s defenders note that this T-shirt is apparently favored by some Marines. Buck is not a Marine, but he does have a son who graduated from West Point, which seems beside the point, since Buck, famously tone deaf, was wearing the shirt just days after Kyle Rittenhouse was charged with killing two Black Lives Matter demonstrators in Kenosha. Sure, kill ’em all.

All that’s at stake, of course, in the Gardner-Hickenlooper race is control of the U.S. Senate. Democrats need to swing either three or four seats — depending on who is president in 2021 — to gain control and almost certainly can’t reach that point unless Hickenlooper wins.

And there’s something else at stake, too. If Gardner can’t win in a statewide race, which Republican in Colorado can?