LIttwin: Could Colorado really be ready to reopen by April 26? 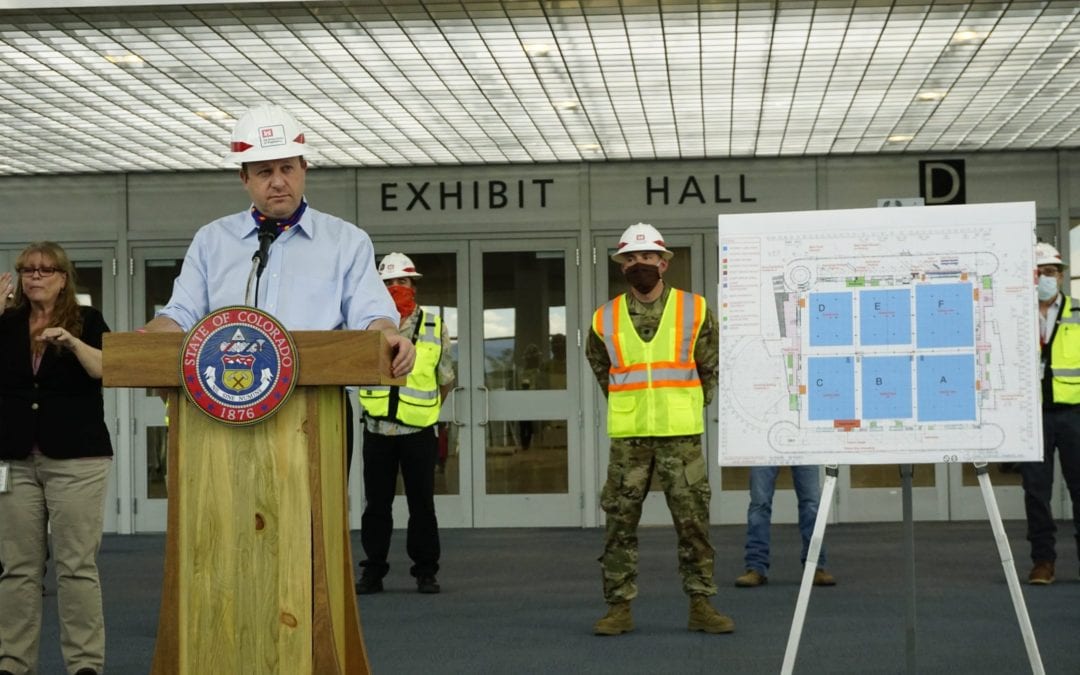 It’s actually more of a prediction than a forecast, and I could definitely be wrong. It has happened before. But when I listen to Jared Polis explain how we might be able to slow-walk a reopening of the state and the state’s economy starting on April 26, I remain skeptical. That’s in part because it’s my nature and, in larger part, because it’s hard to find any experts in the field who think it’s a good idea. Even from those experts who howl every night, just in case.

Which isn’t to say that Polis won’t be a leader in figuring this out. In fact, as The Washington Post reports, it’s the governors and related experts — not the White House — who will probably figure out when and how to reopen the country. One proposed plan is not particularly complex, but is clearly difficult to play out — do sufficient testing to find the infected, install a program that can trace those who have been in contact with the infected and then restrict those clusters rather than the entire country. We’re testing something like 130,000 people a day. Experts say we need something closer to 500,000.

If you know Polis at all, you know the governor is decidedly and determinedly data driven. If the data is not there, we stay shut. When you ask him what metrics he’ll use to make his decision, Polis doesn’t do what Donald Trump did Friday when asked the question: Pointing a finger to his head, Trump said, “The metrics right here. That’s my metrics.”

Maybe it’s coincidence but Polis has never mentioned his TV ratings either.

But it’s obvious that Polis is antsy, and that he really, really, really wants to at least begin the first steps toward a return to something resembling normalcy. We can’t stay locked in forever, and not just because of the cabin-fever factor. The economy — which the early forecasts said would dip deeply in the second quarter, but rebound by the third — is now seeing unemployment numbers that more closely resemble the Great Depression than the more recent Great Recession. In case you’re wondering, that’s not how curves get flattened.

As I watched Polis’s news conference Friday, in which he explained how targeted testing could work without having the luxury — my word, not his — of having sufficient testing kits, The New York Times had this headline leading its web site: “Infections May Spike If Limits Are Eased After 30 Days, U.S. Forecasts.”

In case you don’t remember, it was on March 26 that the Colorado stay-at-home orders were put into place. That’s right, 31 days before April 26.

The Times had gotten hold of projections made jointly by the departments of Homeland Security and of Health and Human Services in response, I guess, to Trump’s hope that he could reopen much of the nation’s economy sometime in early May.

Trump doesn’t actually have the power to reopen the economy. Governors and mayors make these decisions in our federal system. But Trump does have a powerful platform from which to propose guidelines, and presumably many states would follow them.

They’ll have to look at the latest federal forecast, which offers three models. It’s the middle one — the moderate one — that should most concern Coloradans. Via the report: If the 30-day stay-at-home orders are lifted even as schools remains closed until summer and one fourth of the workplace still works from home, the estimate for the national death toll from the virus would rise to 200,000.

That’s a huge number, and a number much larger than 60,000, which is what the latest models are showing for likely U.S. coronavirus-related deaths. Those numbers come with the stay-at-home orders in effect through most of the country. You may recall that pre-lockdown estimates ranged from 100,000 to 240,000 deaths.

When Drs. Tony Fauci and Deborah Birx showed us the original models, they said that if we stayed at home, physically distanced and, of course, washed our hands continuously, the number could be significantly lower. And that’s just what happened. For those who say we should have rejected such strict measures, look to Sweden, which did exactly that and has seen its numbers of those infected and those who have died skyrocket.

Forecasts roll with the tide and with ever-evolving data. Ask any economist or any politician or anyone who can explain what flattening the curve means. I asked Colorado House Speaker KC Becker, who desperately wants a forecast as to when the legislature will reopen, about Polis’s proposal. She said it was aspirational and inspirational and that Coloradans need inspiration. But she didn’t exactly endorse it. What she said was that forecasts are just that — forecasts — and offered as evidence the difficulty in finding one that can accurately help with the legislature’s need to compose an already-too-difficult-to-write budget.

“First,” she said, “we were told there would be a V curve, and then a U curve and then an L curve and we might be on a W curve by now.”

What worries me is that we might be on an X curve.

There’s the economy, which is much more than just a GDP but your job and my job and our families’ financial well-being, and there are the health risks. There’s no easy way, and no certain way, to reconcile the two, although the numbers show poor people get hit hardest in either case.

So, what should we do in Colorado now?

I don’t claim any expertise. But from everything I read — from the  Center for American Progress on the left to the American Enterprise Institute on the right — we need widespread testing.  I talked to one Colorado expert, Glen Mays, who is chair and professor in the Department of Health Systems, Management and Policy in the Colorado School of Public Health. He told me he didn’t see how the April 26 date could work. He, too, cited testing. “My guess is there’s a way to start relaxing restrictions while still having strong controls,” he said. “But it takes a lot more testing and a lot more targeting than we’re capable of doing now.”

But if April 26 is too soon, when is it not too soon? More than 18,000 Americans have died so far from the virus. No matter which direction we take, many more will die. These are not easy choices. The risks are high whatever is done. Even Trump recognizes as much.

“I’m going to have to make a decision, and I only hope to God that it’s the right decision,” Trump said Friday of when he’ll propose reopening the nation. “But I would say without question it’s the biggest decision I’ve ever had to make.”

I’m sure of one thing, at least: Jared Polis can relate.

DEAR READER: These are uncertain times and The Colorado Independent is here for you. We have a page dedicated to our reporting on COVID-19 in Colorado. We will continue to report with an eye toward the humanity of our sources and with a commitment to public accountability. Please join our efforts by sending us your story ideas and questions to tips@coloradoindependent.com. And sign up for free to join The Indy’s email list to stay informed about all our reporting. And if you are so inclined, please support nonprofit news with your tax-deductible donation. We’re burning the candle at both ends. Take good care.