Littwin: Colorado has hit code red. Even if code red isn’t what it used to be, it’s still a warning 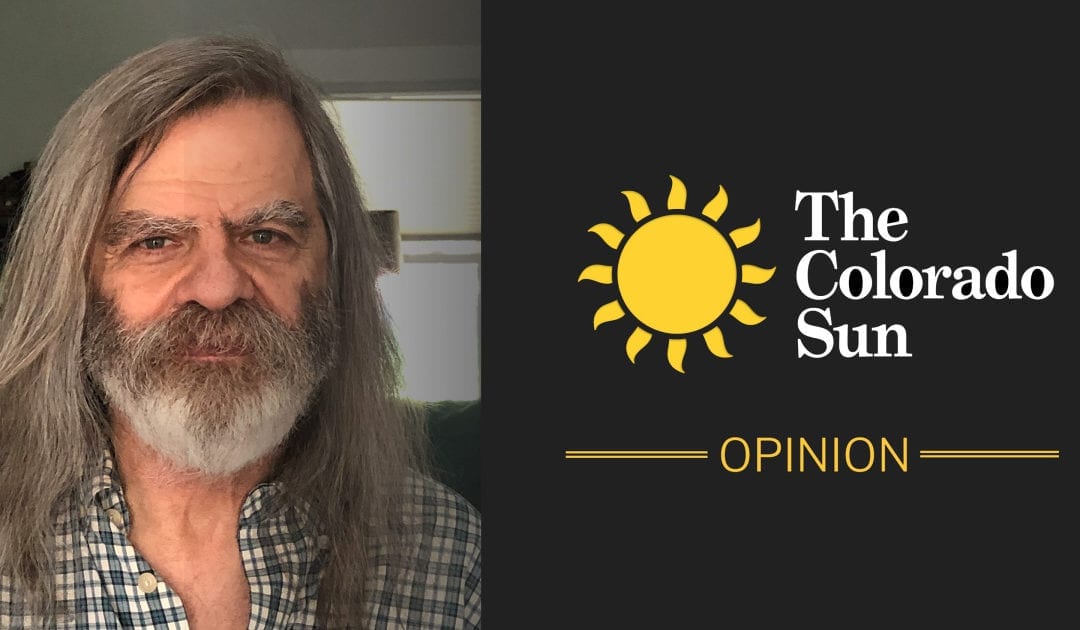 Colorado is going to code red on COVID-19 in Denver and 10 to 15 other counties around the state, but code red is not what it used to be. There’s going to be a new level, which will mean what phase red used to mean — a stay-at-home order. In a news conference along with Denver Mayor Michael Hancock and legislative leaders, Jared Polis announced that purple is the new red and warned that purple could be next.

At minimum, this is a warning. A final warning, maybe, before Colorado has to go full purple, meaning a lockdown.

The long months of the COVID crisis have hit a new peak across the country as well as in Colorado. As he announced the new phase, Polis said we’re at risk of “a catastrophic breach” in hospital care. And we need, as Polis has long begged without sufficient effect, “a drastic shift in behavior.”

So this brand of red phase means no more in-restaurant dining and that outdoor dining should be limited to only households at a table. Liquor sales are limited. Bars remain closed. Gyms are reduced to a minimal level.

Should we do more? I think so. But can we do more if the federal government refuses to offer another round of stimulus? Dr. Tony Fauci has just said our “disjointed” response to COVID isn’t working. That has been obvious for a while. Joe Biden has said he will do better, but Biden doesn’t take office — and, yes, he will take office — until Jan. 20.

Where’s Congress in the meantime? You know, in the hands of Mitch McConnell.

Where’s Cory Gardner? You’d think at this point, with his senatorial career coming to an end, he might be brave enough to stand up to McConnell and Donald Trump and something now.

In Colorado, there will be a special session of the state legislature, probably soon after Thanksgiving, to do what the state can do to help small businesses and workers. Given budget restrictions, it can’t be nearly enough. But it will be something. The $375 that Polis has ordered for unemployed workers should arrive soon.

Polis has a libertarian streak as we know, which is why he might sometimes be slow to the mark on restrictions. And it’s true that another stay-at-home directive would be difficult again for the economy, particularly without federal help. But how much longer can we wait?

We are at a strange moment in time. It’s that rare moment in which you can actually use the best-of-times, worst-of-times construct without tripping over a cliche.

A vaccine or two — maybe more — for the coronavirus are apparently on the way.

But as we wait for the vaccines and then the time it will take to implement the vaccines, COVID-19 has hit us harder than ever. More cases. More hospitalizations. More deaths, even as we have seen the progress in treatment over time. More rural as well as urban. More danger in cold weather because we spend more time inside. More. More. Ever more.

When a crisis lasts as long as this one has, crisis fatigue inevitably sets in. The hardest thing about COVID has been doing the right things — distancing, not going out except when you have to, wearing the damn mask, working from home when you can — when you don’t see an end in sight.

Thirty-five states, including Colorado and including states that had pointedly refused before, have mask mandates in place, but we look around and see all those who ignore the mandate. You look at people ignoring mandates on group size. What are our options — locking them up? Obviously not.

Now there is an end in sight, but it won’t come tomorrow. If the vaccines work, it will probably be mid-year 2021 before most people can access them. And then, of course, there will be the anti-vaxxers out in force, but that’s for another day. At least on Biden’s transition task force, the doctors are saying the obvious — that schools are necessary, but in-person dining and bars are not.

To get to the next level, we have to take difficult steps. The fact that there is an ending, if still months away, should help give us the hope that our sacrifice will not be in vain and will save lives.

We obviously can’t depend on Trump, who is too busy threatening the institutions of our democracy to spend any time worrying about COVID. In fact, he is reportedly angry that the pharmaceutical companies didn’t announce vaccine breakthroughs before the election and now is looking to punish them.

I knew Trump would never concede and would never admit to having lost a fair fight, but his unwillingness to allow Biden a transition may be the worst in a long list of Trumpian horrors. The need for Biden to see the daily intelligence brief is obvious. The need for starting background checks on Biden appointees is obvious. But the most obvious and most critical need is for Biden and his team to be in lockstep with the plan to distribute the vaccine, or vaccines, when they are ready. It will be a mammoth undertaking — one that requires a worldwide undertaking if we are to get the virus in check — and it’s too important to wait until Jan. 20 when Biden takes office.

What we have instead is Scott Atlas, the non-epidemiologist who has taken Dr. Fauci’s place as the Trump spokesperson on COVID-19. Here’s the latest from Atlas, in a tweet following Michigan Gov. Gretchen Whitmer’s announcement of new virus-related restrictions: “The only way this stops is if people rise up. You get what you accept. #Freedom Matters. #StepUp.

Meanwhile, McConnell and the Republican Senate are unwilling to budge on a compromise with Nancy Pelosi and the Democratic House on the kind of large-scale stimulus package that would allow for restaurants and another small businesses to pull back without having to close down, that would support workers who temporarily lose their jobs, that would support states who are facing layoffs of essential workers and nonessential workers, too, that would help make schools safe for our children. The inequality of opportunity in education has never been more clear.

As you know, there are two runoff elections in Georgia coming on Jan. 5 that will decide the fate of the Senate. Republicans are slightly favored in both in a red state, if a red state that was won by Biden. If the Democrats win both seats, there will be a 50-50 tie, with the tie going to the president’s party.

Republicans are worried that Trump’s insistence that he was robbed in Georgia — by Republican officials, no less — will hurt the GOP candidates with lower turnout. The fact that Trump won’t accept reality and won’t allow the Biden transition to happen could be the deciding factors. Or maybe it will be Lindsey Graham’s apparent attempt to put pressure on the Georgia Secretary of State. It may be difficult for Democrats to win these races, but Republicans might just lose them anyway.

To get to the end of the crisis — someday, please — we all have to recognize how much crisis we still have to face.