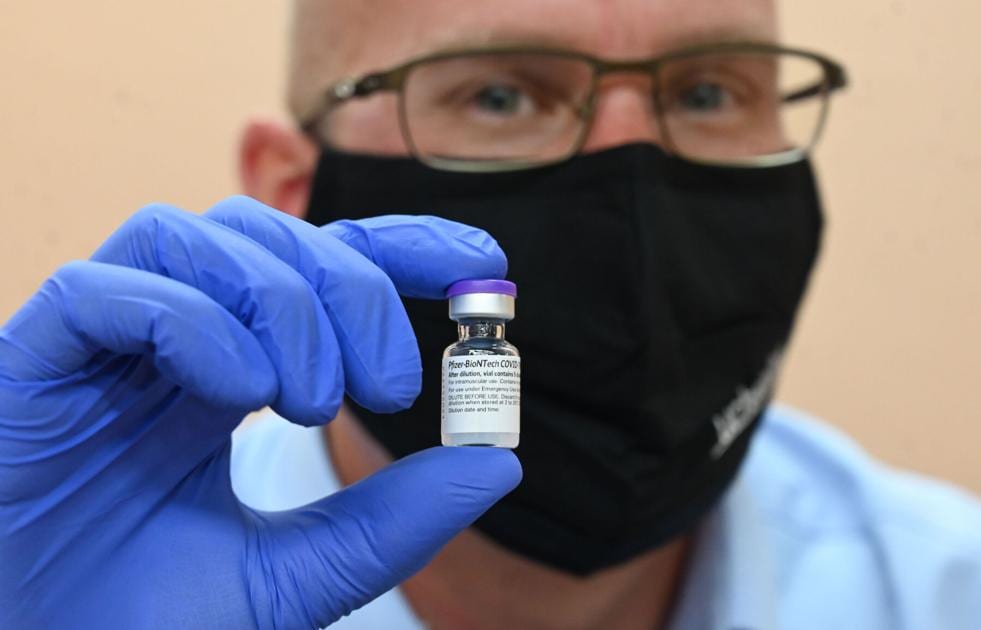 Just two weeks after Colorado received its first shipment of COVID-19 vaccine, a small number of elderly UCHealth patients statewide were inoculated as part of a pilot vaccination program launched by the health system.

A “limited number” of Colorado Springs patients age 75 or older were vaccinated as part of the pilot program, which is testing UCHealth’s vaccination scheduling system and process, spokeswoman Cary Vogrin said in an email to The Gazette.

“This pilot will help us plan to expand our vaccinations in the coming weeks and months and help inform us about what accommodations need to be made for these patients,” Vogrin said.

Patients 75 and older who had a My Health Connection portal — which allows UCHealth patients to view their medical records, schedule appointments, renew or refill prescriptions, and more — were chosen randomly to participate, Vogrin said.

UCHealth is running the pilot program while also providing vaccinations to first responders and community health care providers as part of the state’s phased vaccine distribution plan. Colorado is in the first phase of the plan, which calls for vaccinating the highest-risk and moderate-risk health care workers, long-term care facility staff and residents, first responders and workers in home health or hospice and dental settings.

The vaccine is not yet being offered to the general public, and UCHealth cannot accommodate walk-in patients who want to be vaccinated, Vogrin said.

UCHealth will communicate with patients through the system’s electronic medical record. When vaccines are more available, patients will begin receiving messages through their My Health Connection account, Vogrin said.

On Monday, CVS began the nationwide mobilized effort in more than 382 skilled nursing and assisted living facilities and will reach more than 58,800 patients in Colorado, CVS spokeswoman Courtney Tavener said in an email.

CVS did not provide further detail about the number of skilled nursing and assisted living facilities in Colorado that would receive the vaccine, nor which Colorado communities were included in the effort.

Walgreens began administering the Pfizer vaccine in about 800 long-term care facilities across 12 states last week, according to a company news release. It was unclear whether Colorado was among those targeted states.

The Gazette’s request for more information was not immediately returned by a Walgreens spokeswoman.

Walgreens “will continue to expand vaccinations to nearly 3 million residents and staff at 35,000 long-term care facilities that have selected Walgreens as their vaccine provider as states finalize their distribution plans and receive vaccine allocations,” the release said.