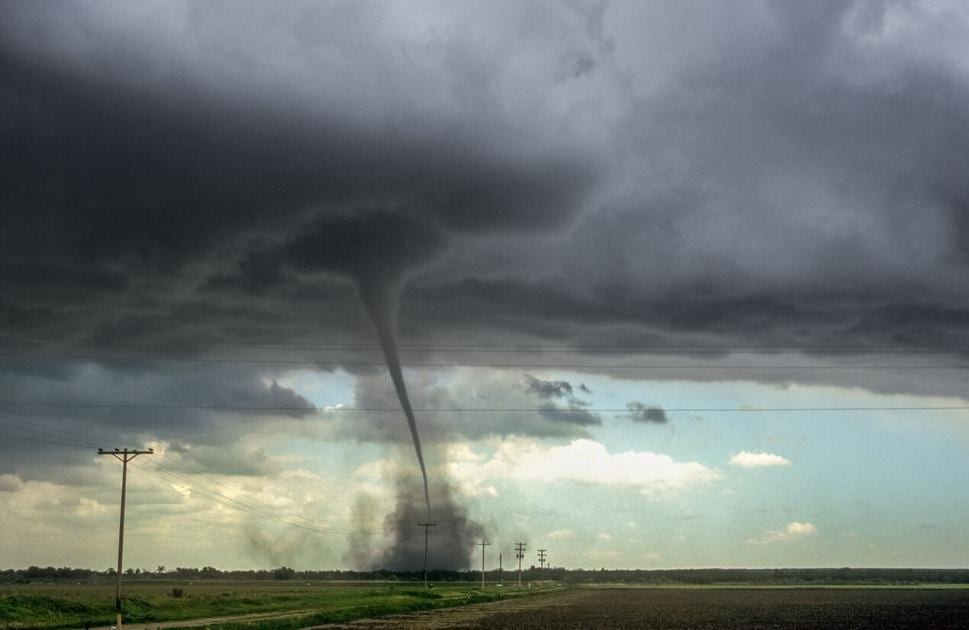 A severe thunderstorm watch has been issued for parts of Colorado and Nebraska until 9 PM MDT pic.twitter.com/ETDbQZTs1M

The watch warns of lime-sized hail, wind gusts up to 75 mph, and frequent lightning.

Meteorologists detected around 1:30 p.m. weather conditions were becoming likely to produce a tornado. Landspout tornadoes form with developing thunderstorms before rain, hail, or thunder is present.

Thunderstorms continue to move across the eastern side of the Denver metro. Gusts up to 50 mph will be possible with this storm, along with lightning! #cowx https://t.co/oAzhQt6fY4

These tornadoes are not typically associated with a wall cloud, making them difficult to detect on radar, the weather service said.

At about 2:30 p.m., a landspout tornado was reported south of Wiggins, a town in northeast Colorado.

Here is a video of the landspout which prompted the tornado warning. It has since lifted. Additional landspout tornadoes will be possible over the next hour or so if additional storms form along this boundary. #cowx https://t.co/ESQyVdPBMR

The National Weather Service issued a Flash Flood Watch for burn scars in southern Colorado until 10 p.m. The watch covers areas including the Decker, Junkins, and Hayden Pass burn scars.

Half-inch hail and winds up to 40 mph are expected for Fremont County Saturday afternoon.

In Teller County and the immediate areas of the Pikes Peak region, penny-sized hail and winds of 40 mph are forecast.

Half-inch hail and wind gusts of 50 to 55 mph will be possible with storms over Glenwood Springs, Rifle, New Castle, Silt, Parachute, and Battlement Mesa.

This area includes the portion of Interstate 70 in Colorado between mile markers 63 and 121.

Weather conditions are subject to change. Check with the National Weather Service for updated information on weather and with Colorado Department of Transportation on road closures and conditions.