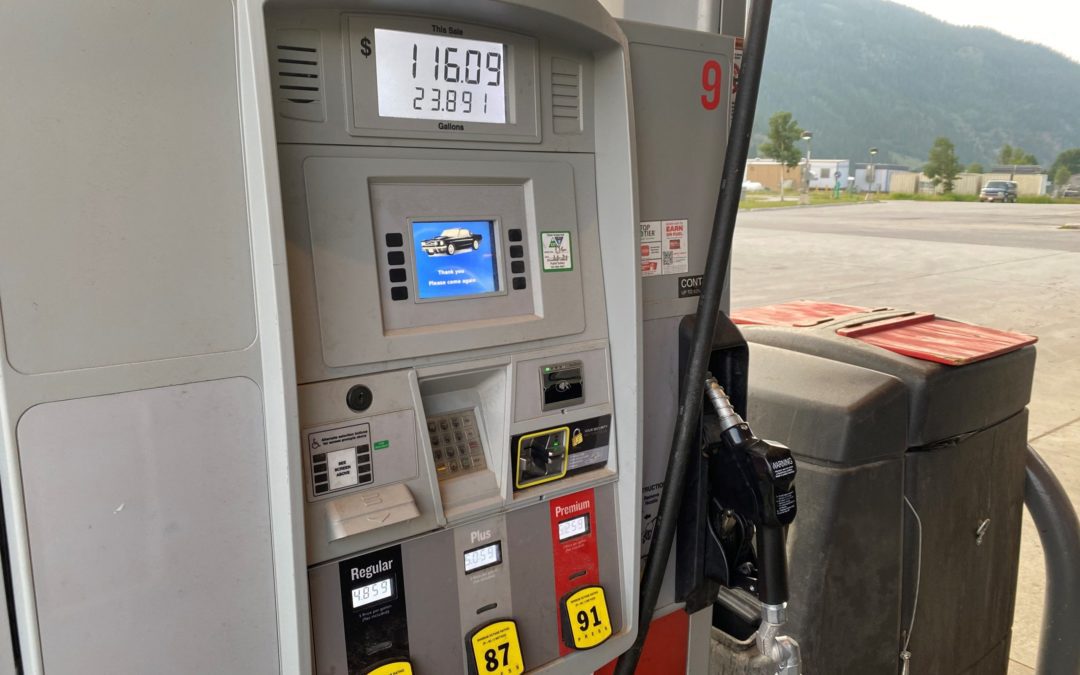 The state of the economy with soaring inflation and skyrocketing gas prices is finally making the left nervous.

President Biden called on the OPEC+ cartel on Wednesday to increase oil output as the price of gas continues to skyrocket around the country.

Gas prices are in the midst of their biggest surge in Colorado since 2014, with some mountain communities now seeing regular unleaded gas approach $5 per gallon.

Well, if the Glenwood Canyon closure hasn’t given tourists fond memories of Colorado, maybe the gas at $4.85gallon in Summit County will do the trick. @JamieALeary filling up later today. After taking out a second mortgage. pic.twitter.com/LfAR1VHtXJ

Notably absent from the White House announcement was any mention of American energy producers who remain mired in uncertainty amid a bevy of efforts by the Biden administration to stymie domestic energy production.

or we could produce more American oil and enrich our own workers & economy instead of sending money overseas? https://t.co/D67tQqLTGX

Unbelievably, @POTUS wants more foreign oil, which is bad for the environment and bad for our country. Don’t think this is the energy transition anyone envisioned. Our gov’t should encourage US production, especially here in CO where we’re producing #oilandgas cleaner than most. https://t.co/y2Kz4Oi0R1

“It’s pretty simple: if the president is suddenly worried about rising gas prices, he needs to stop killing our own energy production here on American soil,” Texas Sen. John Cornyn .

A federal judge recently struck down the administration’s moratorium on new federal energy lease sales, but no new lease sales have been approved.

The cloud of uncertainty is creating a hardship for various Western Colorado regions, where energy production contributed over $130 million in tax revenue for their communities in 2019.

Conservatives here are mounting an effort to reverse these troubling trends.

Colorado Republicans announced their 2022 Commitment to Colorado at a gas station this week where they pledged to combat rising prices across the economy.

“We’re standing next to a gas station because every Mom and Dad that comes through here to get to work is paying $20.00 more to put fuel in the tank of their car. That actually matters.” – @hmckean #copolitics pic.twitter.com/m03Oh5A22C

Colorado Democrats, Monday: “Gas prices!? Haven’t you read the U.N. report? WE CAN EAT THE AIR!”

Democratic President, Wednesday: “We got to produce more gas because these prices are getting a bit crazy amiright?” #COpolitics pic.twitter.com/J4G40BmX49

One aspect of this agenda to combat rising gas prices will surely be to resume responsible federal energy lease sales.

Democrats on the other hand will have to explain to voters why they support energy production in Western Siberia, but not Western Colorado.