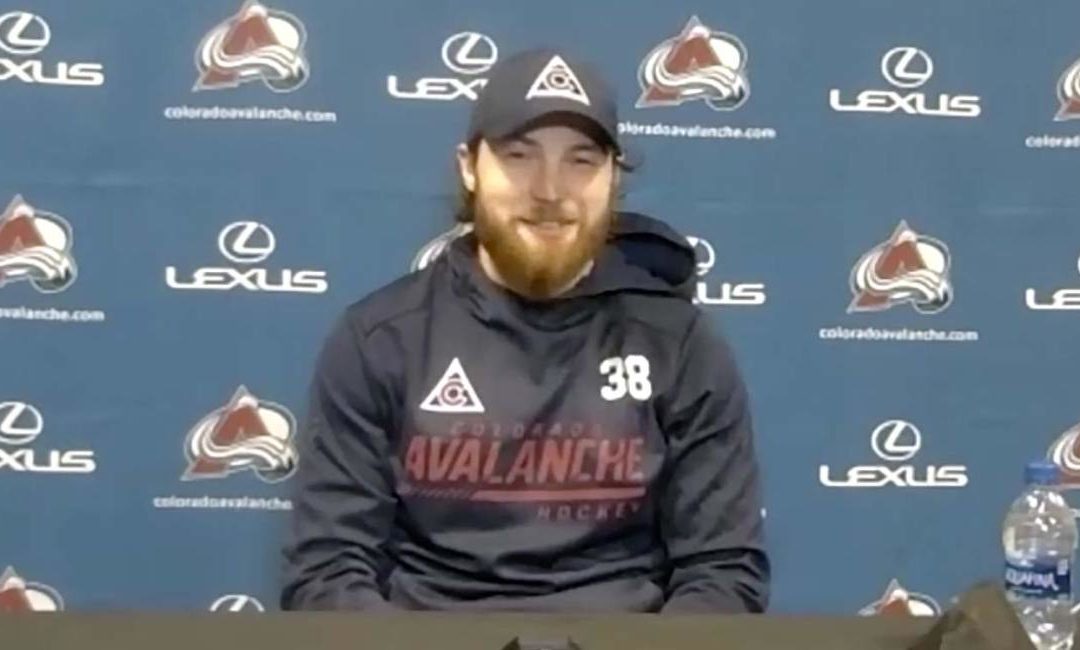 The Avalanche signed O’Brien, 26, off their farm team, the AHL Colorado Eagles, earlier this week. The Big Tuna filled in for Logan O’Connor, who suffered a lower-body injury against the Coyotes on Wednesday.

In his very first shift, O’Brien drew a slashing call from Kyle Clifford. He recorded three hits in the first period and had a game-high five hits overall.

Happy to be here

“The sandpaper game is the way I play,” O’Brien said. “I just want to keep people honest and play hard and chip in offensively.”

O’Brien skated on a line with Kiefer Sherwood with Pierre-Edouard Bellemare. Former Caps forward Andre Burakovsky also played in the game, while ex-Caps goalie Philipp Grubauer backed up. Another former Hershey Bear, Zach Sanford, suited up for the Blues.

Heading into the game, O’Brien revealed that he was nervous, saying “there are some butterflies, but it’s hockey. I’ve done this a million times so I’m just trying to play.”

He added that he was “super excited” about suiting up for the Avalanche because it was a team he watched as a kid. “It was just an honor to put this jersey on and play in the National League,” he said. It was a dream come true.”

During the 2nd intermission, @LaurenJbara spoke with the newest member of the @Avalanche, Liam O’Brien.#GoAvsGo pic.twitter.com/JxAJUXgoPO

O’Brien played onto the Capitals after receiving a PTO from Brian MacLellan after concluding his junior hockey career. The Capitals signed O’Brien on October 6, 2014, and he played 13 NHL games his rookie year before spending the majority of his time with the Hershey Bears.

“It was definitely a pleasure being around some of those guys like Ovechkin, Backstrom, and Carlson,” O’Brien said. “Some superstars of the game. You learn a lot from those guys.”

He also said he earned the nickname, the Big Tuna, from former Capitals defenseman Nate Schmidt.

“He came up with it my first year pro and it just kind of stuck.”