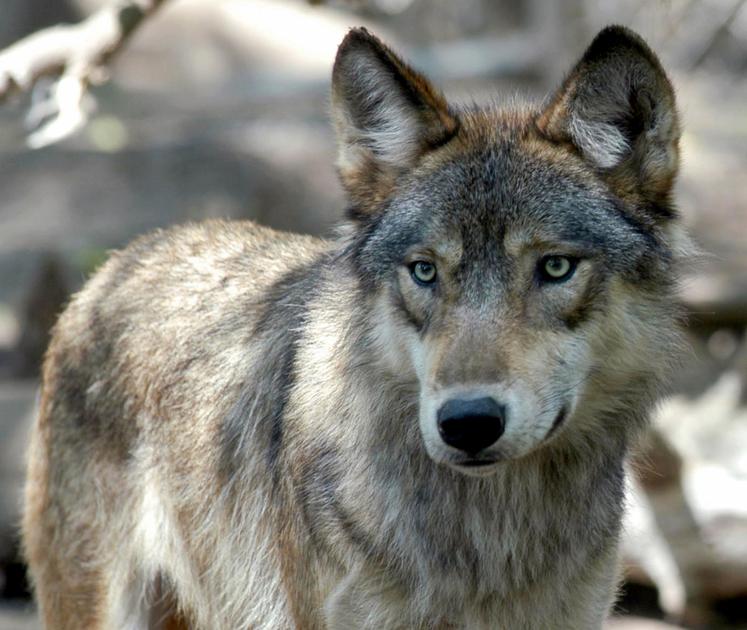 In favor of wolf reintroduction

Ranchers are concerned that wolf reintroduction will adversely affect the cattle and sheep ranching industries and make hunters’ ability to hunt elk more difficult. But I believe, as do many environmentalists, that their attitudes are shaped more by their politics and values than by scientific truth.

Wolves are apex predators and have positively affected the ecosystems in areas like Yellowstone where they have been reintroduced. By changing elk behavior, wolves have reduced overgrazing on river banks, which in turn has made areas more suitable for songbirds and beavers. Beavers, in turn, improve habitat for native fish and amphibians.

Wolves have reduced coyote populations, thereby potentially increasing the numbers of foxes and ground squirrels, which increase available food for birds of prey. Wolves do not routinely decimate herds of sheep or cows, and compensation is promised to ranchers who lose animals to wolf predation.

Also, concerning hunting, Americans are leaning more toward wildlife viewing than hunting. Hunting is on the decline, which might affect revenue for Parks and Wildlife, but opens up possibilities for recreation that is more ecologically in tune with modern life.

Wolves have been demonized for years in our society and were eradicated in Colorado in the 1940s. Now we have a chance to reexamine our relationship with wolves and perhaps get rid of some of the prejudices that we have held onto even though they may not have been true. I look forward to watching wolves in their natural habitat, and, if we are to believe the polls and the votes in favor of reintroduction, so do most Coloradans.

I was concerned to see D-49 is considering banning teaching of critical race theory. To deny that racism in America goes beyond a few ignorant members of society is to deny truth. And that must be the foundational cornerstone of education; that there are truths. Kids want, and moreover, need to learn truths in their foundational learning.

Martin Luther King said the biggest problem in America isn’t blatantly overt racist groups like the KKK, it was too much of moderate white America refused to get involved; they tolerated, and thereby enabled, racist policies to prevail. Less than ½ of Americans have a college degree. Statistically, we can expect that for more than ½ of D-49 students, their high school education is the highest level of education they will receive. Thus, arguments that, “high school isn’t the place” for learning things like CRT are not valid. They need to learn to think, to discuss ideas, even unpopular ones, or they will never be fully functional citizens.

Blatant attempts to hide truth, to protect white America, is something that no one should tolerate. I urge D-49 parents to get off the fence and write the Board to quit meddling in the curriculum.

John Stuart Mill said in 1867, “Let not any one pacify his conscience by the delusion that he can do no harm if he takes no part, and forms no opinion. Bad men need nothing more to compass their ends, than that good men should look on and do nothing.”

E-bikes belong on trails, too

This is to the biking community. If I were to pass you on a bike path in my electric wheelchair would you yell “cheater chair”? Of course not, you say.

Why then do I, a 72-year-old veteran with a 50% disability and many of my senior E (electric) bike friends constantly hear “cheater bike” shouted at us when we pass you on an uphill stretch?

Rather than cater to a fragile ego, embrace your good fortune that your young, strong body doesn’t need an electric bike. Yet.

Your excuses on why we should not be allowed on regular mountain bike trails are reminiscent of when snowboards first showed up. “They can’t negotiate lift lines; they can’t get on the chairlift; they scrape off the powder”, etc. Now it is “they climb up trails they can’t get down; they go too far back and run out of battery (but we don’t stop jeeps from going into the back country); etc.

So why were snowboarders finally allowed? The ski companies realized they could make a lot of money and also the excuses were really bogus.

The same is true for E-bikes. The seniors might not be able to be out there helping you build new trails but we sure can contribute with our wallets. Big time.

Embrace us; we are a valuable resource and fun comrades in a mutual sport if you give us a chance.

As a sidenote, the BLM ruled last year that class 1 E-bikes are not considered “motorized”. Are any of your club trails on BLM land?

Why is Colorado Springs be coming a control freak?

First it’s for bringing masks upon us, can’t use water on our lawns when we want to. Now you can’t hike the Incline without a reservation. It’s going to cost someone and guess who has to foot the bill, yep, us the taxpayers.

This state is becoming more like California every day. Leave us alone state and local government.