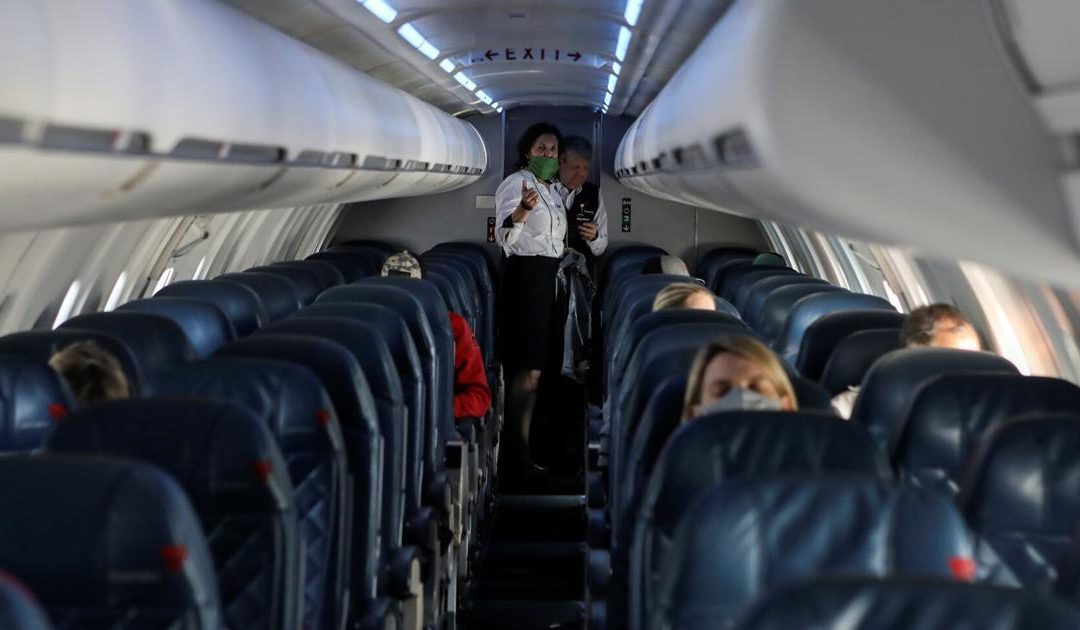 Running roughshod over others

Re: “Who has to obey the rules?” Apparently, Jamil Aaron hasn’t read the papers or listened to the news lately. Employees who ask someone to wear a mask or provide proof of vaccination have been attacked verbally or physically, or both. It has been happening not only with airlines, but restaurants and other businesses. Employers now tell employees not to ask in order to be safe from such attacks; they can’t afford to lose employees when they don’t feel safe in their workplace.

The same goes for people who bring their non-service pets to stores.

I am not anti-dog as my husband and I have two dogs, but they are not service animals and will not be brought to a grocery store. Occasionally, we will take them with us to Petsmart as they allow pets in their store.

Since the lockdowns had been lifted, there has been a definite rise in hostility from people who think they have the right to run roughshod over others. From drivers who run red lights and stop signs to people thinking they can do what they please without consequences. We are at a time when we need to understand we are in this virus crisis together and we should be more considerate of each other.

We can’t continue to act as though our personal business is more important than anyone else’s.

Only the rich will benefit

This is a response to two comments by EPA Administrator Michael Regan in The Gazette about Joe Biden’s upping of the car and light truck mileage requirements to 40 mpg: (1) save families money; and (2) paving the way toward an all-electric, zero-emissions transportation.

First, an all-electric, zero-emissions goal will have an extremely more drastic impact on life in America than the previous Net Carbon Emission goal. In the previous goal, the emission reduction strategy was to replace with electric vehicles a certain percentage of the gasoline-engine cars to balance out the increased emissions from the natural gas power plants that would be required to generate the electrical power needed for those electric vehicles. So that strategy is really related to forcing the fraction of electric vehicle sales to be higher at the expense of gasoline vehicles, and has little to do with the actual car and light truck gas mileage. Senator Joe Manchin’s objection to the bill is that the new zero-emission goal would also require getting rid of all coal-burning power plants to achieve that goal.

Now, which families will be saving money? A tax credit of $7,500 in the bill to encourage electric car purchases will only help rich and middle-class families who have tax bills of more than $7,500. It would not help lower-income families or many retired taxpayers to be able to buy an electric vehicle just to save on their gasoline bills. These people will hang on to their gasoline cars as long as possible and have to pay higher and higher gas prices. Purchasing used gasoline cars will also become more expensive.

Because there’s nothing there

This letter is directed to Gazette commentator, Eric Sondermann. I read your snarky, sarcastic, silly, article about your “pen pal” today. I guess you and your lefty Democrat buddies probably thought it was funny.

Actually, it’s just beating a dead horse to the point that it can only be identified by its dental records. It is, of course, endlessly bashing and mocking Donald Trump, more than a year after his defeat and nearly a year after he left office.

Instead of doing that, why don’t you tell us about all the good things your man, crooked, sleepy Joe, is doing for we the people and for the country in general.

Oh, I know, pardon me for asking, it’s because there’s nothing there. So, since you seem to like to mock a former president, why don’t you be even handed and talk about the current president and all of his silly, stupid, demented personal traits and, more importantly, how he’s destroying the country.

Re: Eric Sondermann. Wow a full page diatribe on why I hate Trump. You and many others just can’t turn loose of the man. I should say you seem to have nothing else to write about.

I can give you plenty to write about. A totally clueless, dementia president who is trying to take down America and make it into socialism.

Why don’t you write something constructive that doesn’t separate and destroy America?

A rush toward a Ukrainian crisis

The Ukraine is rapidly coming to a crisis that nobody really wants to happen. The world can avoid a disaster by recognizing one simple thing — that placing a U.S. or NATO presence in Ukraine would be identical to having had Mexico join the Warsaw Pact. Imagine what the U.S. would have done if Mexico had tried to. What was our reaction in 1962 when Cuba attempted a similar action? What did we do in 1898 when Spain controlled Cuba?

Whatever else Vladimir Putin’s motivations might be, let’s credit him with wanting to protect his borders just as the U.S. often has. Finding a way towards a neutral Ukraine, perhaps such as a post-World War II Austria in the early cold war days. A truly independent and neutral Ukraine might be welcomed by all parties.

Let’s recognize geo-politics for what they are and stem this rapid rush towards a Ukrainian crisis that will be bad for everybody.