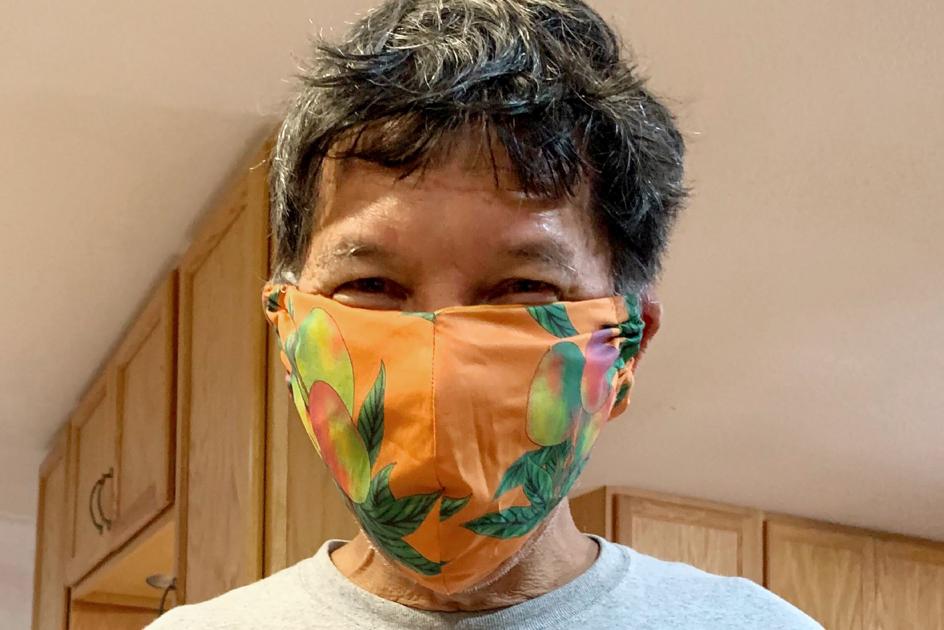 A false sense of protection

There seems to be quite a large percentage of letters to the editor addressing outrage or concern for some who are not wearing a mask when in public. Well, as of today, I’m one of those who’ve been to the grocery store or home supply store without donning a mask.

As far as I have read and understand, there’s no law stating that wearing a mask is required by the public. And, I haven’t read that there’s scientific evidence that the many types and varied mask designs, varied materials being used by the public, and varied wearing styles are effective in preventing virus spread. What has been stated by the governor is to social distance and to self-quarantine when feeling ill. These rules are not being followed, and this is the law.

Whether masked or not, I’ve encountered shoppers and store employees not following the social distancing law and even coughing and not covering their mouth and nose with their inner elbow. Why are we not following these laws? Maintaining space between yourself and others is far more important than any mask you’re wearing, and I hope your not wearing an N95 mask that could have been used by ones putting themselves in harm’s way every day during this pandemic. Putting on a mask does not make you safe, and I believe it’s giving people a false sense of protection. Colorado PHO 20-24 urges social distancing 23 times. Wearing masks are not mentioned.

Keep your masks on at all times

I was in Costco recently where I observed an elderly man pull down his mask to cough. Just a reminder — you are wearing a mask to protect others as well as yourself. I know it’s uncomfortable and unnatural to cough or sneeze into a mask, but when you pull down or remove your mask to cough, you are probably holding the mask near your face, as this man was, and not coughing into your elbow, as recommended. This is more dangerous than not wearing a mask. Please use common sense and keep your masks on at all times until you are in the privacy of your car or home.

A get out of jail free card

The opportunism on the part of “civil liberties” organizations and highly liberal legislators, and the dangers and threats to the general public of using current circumstances as reasons for prisoner releases (EDITORIAL: Stop releasing Colorado convicts because of coronavirus) are obvious to all. What seems to be missing either from the release requests, release plans and/or media coverage thereof are the plans for bringing all these fine individuals back to prisons and jails once this pandemic episode has passed.

Unless these are pardons or other official commutations of sentences (which they are not), then what are they? Are they being released with nothing more than a pinky swear that they’ll one day come back? What are the chances of that happening? Zero. Meaning the tasks (and dangers) of rerounding these people up will fall to our taxed law enforcement agencies who tracked down and arrested them in the first place.

In the absence of a workable plan for returning inmates to incarceration, what Govs. Jared Polis, Gavin Newsom, Andrew Cuomo and others around the country are doing is a real-life version of the Monopoly game board’s “Get Out of Jail Free” card.

This kind of insane wastefulness

What is wrong with this picture?

Milk tankers dumping milk down the sewer, telling people, there is no market, people aren’t buying.

Some local grocery stores here are limiting milk to one gallon. One gallon will last a family of five only one day, and yet we are being told to only shop once a week. Insanity!

Why not bottle that milk instead of dumping and give it away free?

Give extra milk to the school children who come to pick up their breakfast, lunch package.

Give it to the homeless shelters.

Give it to anyone willing to go to the dairy and pick it up. Put your limit here, and not at the grocery store!

Farmers plowing under fruits and vegetables. Why not let people in to pick their own for free? Open-air fields have enough space, you could let in 100 people and never have them within 6 feet of each other.

This kind of insane wastefulness is what is going to triple the price of everything next year, and indeed cause some resturants to close permanently.

There is no doubt that this is a time for caution involving contact with other people. But there should be a difference between extreme caution and paranoia. The latter might be in evidence with our governor closing businesses and organizations only having a gathering of more than 10 persons.

It is interesting that he allows abortion clinics to remain open for the killing of innocent unborn babies, but orders churches to be closed. So his policy is that even if you have faith and choose to congregate in a church to pray together with other people who choose to be there, then you can be arrested.

Let’s examine a situation in which the governor has not stepped in with an order with the protection of people in mind. In 2019, there were 595 motor vehicle fatalities in Colorado. Has the governor issued orders that people are not allowed to drive, even if just not on highways?

It is no secret that big government uses any excuse to consolidate more power and control over citizen’s lives.

As one example, this is what happened with the Patriot Act after 9/11. Will this virus be used as an excuse to reduce some type of our rights on some type of permanent basis?