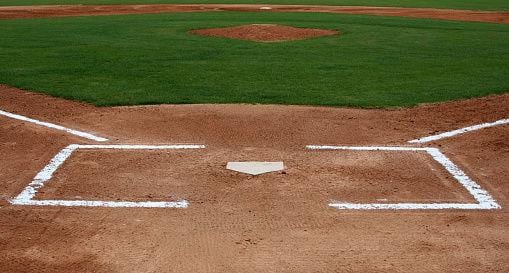 At times of stress it’s often the case that peoples’ true colors are shown. And, during this time of stress from COVID-19, over 115,000 deaths nationally and still climbing, serious economic pain and job losses, the boys of summer are flying their true greedy colors and they aren’t pretty. Players are crying and complaining about having to give up a portion of their “work-a-day wages” to play a shorter season when way too many people — over 20 million — have lost their jobs and have little or no income makes me sick to my stomach. (The 2019 the league minimum was $563,000; the median was $2.8 million and a few players earned up to $36 million.)

I have zero sympathy for these pampered, spoiled brats. I don’t begrudge them their salaries because those salaries are market driven. But, when market demand and related market economics shrink shouldn’t their salaries shrink as well? How many of us think we could make it if we were paid the league minimum of $563,000?

Now, professional baseball has had to terminate the contracts of hundreds of minor league ball players, who make next to nothing just for a shot to play in the show. (The owners clearly saw that the MLB players were unwilling to share some of their hard earned, “blue collar,” union wages during these very difficult times.)

I’m disgusted with the players. They should be ashamed of themselves.

Let us lead by example

Where do we go from here? History keeps repeating itself. The murder of George Floyd is all too common. African American men and women have been discriminated against for over 400 years.

The recent murder of Floyd is only one of many that has been captured on video showing a white police officer committing an unspeakable act. Our judicial system is flawed. Many of the police officers demonstrating excessive force are acquitted of the charges against them. There is a double standard in our judicial system against black, brown, LGBTQ people and women as well as other minorities in our country. This is true in many areas but not limited to employment, education, housing, politics, gender bias, wealth etc.

Will things change as a result of the murder of Floyd, the peaceful protest, and the other civil uprisings that are occurring throughout the world?

I have my doubts when we have a divisive impeached president who encourages violence and makes it difficult for all of us to come up with peaceful resolutions for all the things which divides us. What we need as a country is leadership across the board that promotes unity and love for all mankind. We do not need to be silent and complicit. Our country needs a leader who is honest, compassionate and truthful for all American people and not just for his political base.

Our country needs to stop voter suppression, public lynching, white privilege, discrimination, institutional systematic racism and prejudices. Let us lead by example and not by words. Make the playing field level for all people.

We know that money equals power and it controls politics. It is up to the people to elect our leaders who have a heart and mind to do the right thing for all people regardless of color or gender. It does not matter if you are a Republican, Democrat or Independent, we should not allow another senseless murder to continue to divide us when we need to be unified as a country.

We all should be able to breathe!

Palmer stood for more than a statue

The statue of Colorado Springs founder William Jackson Palmer that stands in a downtown intersection was spray painted by Black Lives Matter demonstrators last week, sparking a “defend our monuments” counter-protest that attracted more than 100 people. The organizer, local conservative pundit Michelle Malkin, rightly told the crowd that Palmer was a staunch abolitionist who rejected his pacifist Quaker upbringing to join the Union Army and fight to end slavery. He then invested substantial parts of his fortune in supporting black educational institutions for the newly freed slaves and fought against segregation in his newly established city.

But when Malkin portrayed Palmer as a victim who had his monument besmirched by misguided vandals, she might have missed the true lesson of his life. As a young man, Palmer was deeply engaged in abolitionist street protests and civil unrest leading up to the Civil War. He organized demonstrations and brought in anti-slavery speakers who were so polarizing and unpopular with the establishment that at least one ended in a riot. Any student of Palmer knows the part of his legacy that needs preserving is not a statue of a man on a horse but an enduring belief that all are equal before God, and should also be before man. I suspect if Palmer were still here today, he’d be in the streets.

Age is the greatest risk factor for Alzheimer’s disease. As Colorado’s population ages, our state is expected to see a 21% increase in the number of Coloradans diagnosed with Alzheimer’s over the next five years. Because of the cognitive decline associated with the disease, these individuals will be at greater risk of abuse and neglect.

How can we protect Coloradans living with Alzheimer’s and other forms of dementia from physical, mental, emotional, sexual and/or financial abuse? Congress has the answer – the Promoting Alzheimer’s Awareness to Prevent Elder Abuse Act (H.R.6813/S.3703). This initiative requires the Department of Justice to educate emergency responders, judges, prosecutors and other justice system workers about how to communicate and interact with persons with dementia. This important training will improve those workers’ ability to assist people with dementia and protect them from all forms of abuse and neglect.

I can speak from experience when my father was voluntarily taken in an ambulance to a local hospital. After arriving at the hospital, for whatever reason, he became very combative. He was then labeled as combative and it became almost impossible to place him in an Alzheimer’s care facility. After time in the hospital he was temporarily placed in a rehab unit, then ultimately accepted into a hospice facility where he passed away peacefully. After his death a brain autopsy was done and the results indicated he had Lewy Body dementia, Alzheimer’s and Parkinson’s.

I hope my representatives in Congress, Sen. Michael Bennet, Sen. Cory Gardner and Rep. Doug Lamborn will consider actively supporting this significant legislation. It’s an easy way to help protect some of Colorado’s most vulnerable residents.