LETTERS: Changing our form of government; blessing to live in Colorado Springs 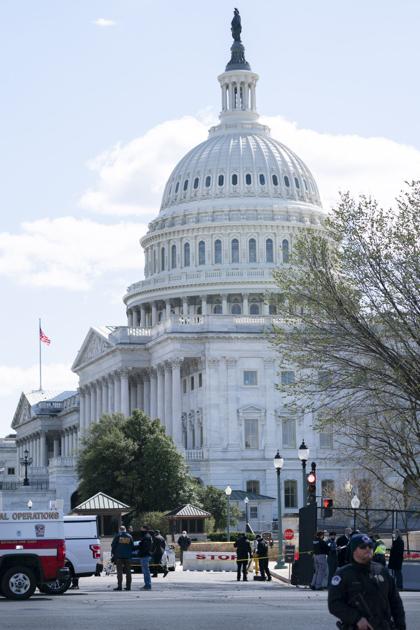 Changing our form of government

Have you heard the saying “I vote for the person, not the party”? The meaning is that it is more important to vote for a person with good character and values that are aligned with mine, than considering their political party. Once elected, the candidate is expected to represent their constituents rather than their party. One can debate this approach, but if the idea once had merit, it is no longer true.

There was a time when there was room in each political party for diversity of thought and position. Liberal, middle of the road, and conservatives could be found in both political parties. With few exceptions, that is no longer the case, especially in the Democratic Party. Radical left Democrats have taken the party reins and are working to change our form of government. Rather than individual rights that are granted by our creator, and power reserved for the state governments, they want all rights to originate in Washington D.C. They are striving to replace our Constitution and its protections with a strong central omnipowerful government controlled by the Democratic Party.

If in doubt, check out the legislation they are trying to ram through Congress without the normal debate and deliberations.

When a Democratic senator or representative goes to Washington, their political loyalty switches from the people who elected them to the Democratic Party’s special interests. Speaker Nancy Pelosi and Majority Leader Chuck Schumer run a tight ship and keep their members in line. The party matters.

Blessing to live in Colorado Springs

With everything we all have been through this past year, it is really a blessing and a gift to live in Colorado Springs — through it all I have still seen my people here being so kind and respectful to each other, showing their manners toward one another. Opening doors, saying please and thank you etc. I lived in southern New York for a while, and it was opposite of what I experience here.

I am truly grateful for my sisters and brothers for seeing each other as human beings — thank you, Colorado Springs!

Jumping on the hate bandwagon

Now that rational minds are beginning to see the horrible lies perpetrated against the Georgia voting changes, the president, Coca Cola, Delta Airlines and the MLB should be properly ashamed. They jumped on the hate bandwagon and stuck their foot in their mouths. If our governor had any sense of true right and wrong, he would tell MLB that we don’t want their All-Star Game at the cost of hundreds of millions of dollars to good Georgians due to blatant lies and stinky politics.

It certainly shows our hypocrisy when we cry a river over the loss of the Space Command due to shady politics, but whoop it up when it benefits us.

Issues with the media

It’s a nice thought, but the average American has neither the time nor the inclination. Maybe the media should just stick to the facts as a rule.

The Media: “Voting is a solemn duty.”

Indeed, it is, and that’s why I research every candidate and every ballot issue and compare it against a moral compass that I’ve studiously developed over the decades. Do most voters?

The Media: “Requiring state-issued photo identification to register to vote is Jim Crow (or Jim Eagle or whatever).”

You just said voting is a solemn duty and all Americans need to practice a very time-consuming pursuit of media literacy. Yet now you suggest that voting is not important enough to require all voters to simply provide valid ID.

What’s more, calling everything racist cheapens the charge and insults the people who actually endured Jim Crow (and fascism).

A showcase for political ideology

In December 1979, Soviet troops invaded Afghanistan. President Jimmy Carter pushed for the USA to boycott the Moscow Summer Olympics. What did that boycott accomplish?

Only a huge number of medals won by the Soviet athletes, 195 in total, more than any country at any Olympic Games, before or since.

Only the wasted time, money, and efforts of American athletes who had worked and trained long and hard and were then denied their rightful place in the competition. Many would never have that opportunity again.

Only a showcase for political ideology. The Soviet bloc used their athletic successes as a validation of their political system. The Soviet war in Afghanistan continued despite the boycott.

Four years later, the Soviet Union boycotted the Los Angeles Summer Olympics in retaliation. What did that boycott accomplish?

Without the Soviet Union and its Eastern Communist allies competing, Team USA won an Olympic record of 83 gold medals.

Again, it was a showcase for political ideology. The Soviet Union media ignored the Opening Ceremonies, while the Soviet government called them a propaganda show for pro-Reagan and anti-Soviet politics.

The Soviet war in Afghanistan ended in February 1989.

The United States war in Afghanistan began in 2001, after the September attacks. After 19 years, American troops are still there.

So tell me. What did the boycotts of the Olympics really accomplish?

Now the U.S. State Department is talking about the USA boycotting the Beijing Olympics for humanitarian reasons.

While we support humanitarian reform world-wide, what will another boycott of the Olympic Games accomplish? Take a look at the past and form your own opinions.

Here’s a novel idea …. Let’s keep politics out of sports!