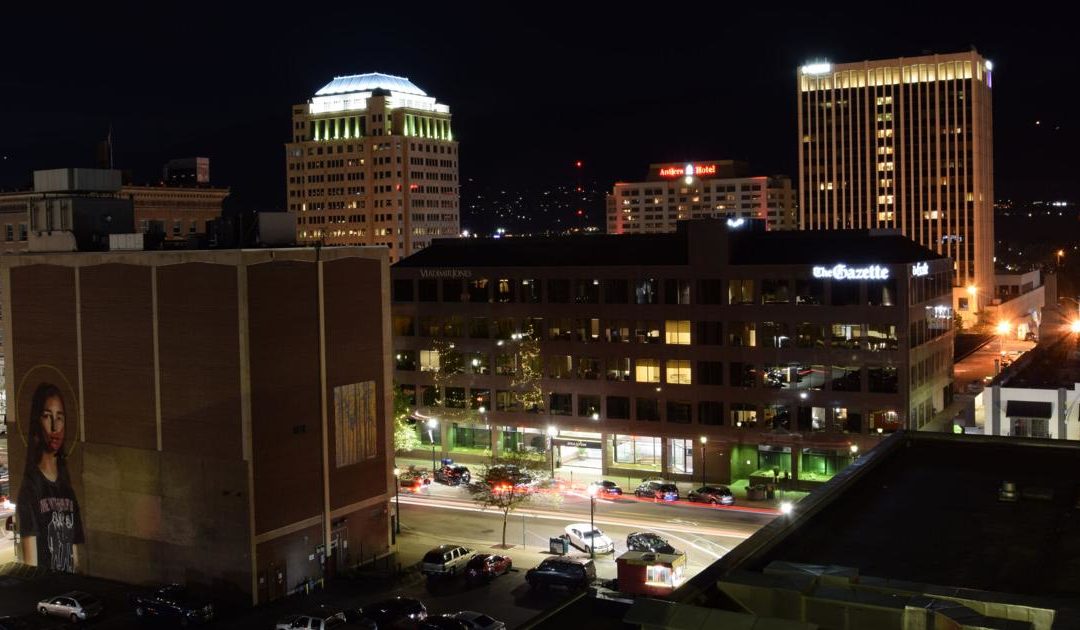 There was an excellent article in the Gazette Thursday “New report shows Colorado’s startling spike in crime” and there was an article in the Wall Street Journal that named Colorado Springs (among other 13 other cities) as having a worse homicide rate last year, than in 1990 (WSJ 12/09/21 Opinion page “Yes, the Crime Wave Is as bad as You Think”).

Given that this is a serious issue for Colorado Springs, I was somewhat surprised to see that it wasn’t the highest priority identified by three of the four highest vote-getting candidates in their applications for the City Council.

I’m not endorsing anyone, but whoever gets appointed to the position better be ready to address this problem with the council, as its number one priority. Before we all suffer the consequences of our rising homicide rate in terms of human misery, social and economic decline.

$73.1 Million in potentially fraudulent unemployment claims in Colorado according to the State Auditor with the summary comment that the Department of Labor and Employment has a “lack of effective processes” and “did not track most complaints.”

As we scrape for money in support of schools, public safety, and other worthy causes, our state bureaucrats quietly fumbled away tens of millions of dollars without one peep from Governor Jared Polis or Department of Labor and Employment Executive Director Joe Barela.

Could there be a more glaring example of gross negligence and incompetence? Barela and likely many in his charge should be fired immediately, with criminal charges considered. Polis is equally culpable, as his executive order to bypass the normal vetting procedures and shovel money to claimants fueled the mess. Where is your outrage, Colorado?

The effect of individual choices

After 22 months of COVID, I will be stepping down as medical director of El Paso County Public Health on Dec. 31. It has been an honor to serve the El Paso County citizens, to work with my colleagues at EPCPH and in partnership with our community. Personally, my passion and advocacy for health in the Pikes Peak region remains constant. While my role in this position is complete, there is much yet to be done. My plans include continued upstream health efforts. However, despite all of this, no one can make the changes we need alone. So, I leave you with this continued challenge.

We each must embrace our part in turning the tide of this pandemic, creating community for human flourishing. Remaining humble, calm, kind, respectful and discerning learners of real science is key. Please join me in this, and promote it with each other. Notwithstanding our differences, community impact of prevention is the accumulated effect of our individual choices. Individually, our character is defined one choice at a time as well.

As we reflect on the past year and anticipate the coming new year, let us ask ourselves this question. In light of how we act, who are we? Let us aspire individually to our better angels. As a community let us utilize cooperation for common goals of health; health of mind, body, spirit and community. Thank you El Paso County, for the opportunity to serve. May we bless each other in the new year.

Two things have caught my attention in recent papers.

On Dec. 6, Jac Roberson made his lack of information quite evident, as he spoke about the best congresswoman we have and one of the best in America, Lauren Boebert. He refused to acknowledge that the person she had an encounter with was the most un-American congresswoman we have, or one of the four. Rep. Boebert does not and should not apologize to a hypocrite like Rep. Ilhan Omar. She has never apologized for any of the un-American things she has said about our nation and our way of life, she should be apologizing for many, many comments she has made. Yet the mainstream media keeps fondling her, trying to raise her up above her many faults. We need some of the Colorado representatives to step up, but unfortunately they will not, they are too interested in maintaining their congressional seats. Sad but true.

Another item in today’s paper, Dec. 7, was Janet Ellington, and her comment on vice presidents. Yes we need them, but the current one is a big, big bust. She is a sad excuse for anything, much less a VP.

Years ago, Nikita Khrushchev, Russian president 1958-1964 said, “We will take America without firing a short. We do not have to invade the U.S. We will destroy you from within.” I feel that is happening to us right now. We are being destroyed from within. Think about what is happening.

We are being told that society is broken, systems are failing, and patriotism is evil. We are being told the worst of our nation and its form of government. Supporters of traditional values are being ostracized, canceled, and demonized. Statues of American heroes are being taken down, 1619 Project, names of schools are being changed, etc. We are being led to believe that the government can keep us safe and solved all the problems through its overreach, making us give up freedoms, like the freedom to chose our own health care.

We are hearing the term “new normal,” which means less personal freedom and more dictates from” the powers that be”. Enemies of the American way of life are creating fear, turning citizen against citizen, and dividing our nation in terms of old/young, black/white/brown, etc., rich/poor, vaccinated/unvaccinated, and the list goes on.

When Benjamin Franklin was asked what sort of government the people at the Constitutional Convention of 1787 were creating, he replied,” A republic, if you can keep it.” That is the challenage we, as a country, are now facing. Can we keep our country “ the land of the free” or will we become an oligarchy like so many third world countries.