Leistikow’s Iowa vs. Colorado State prediction: Time for Hawkeyes’ offense to break out? 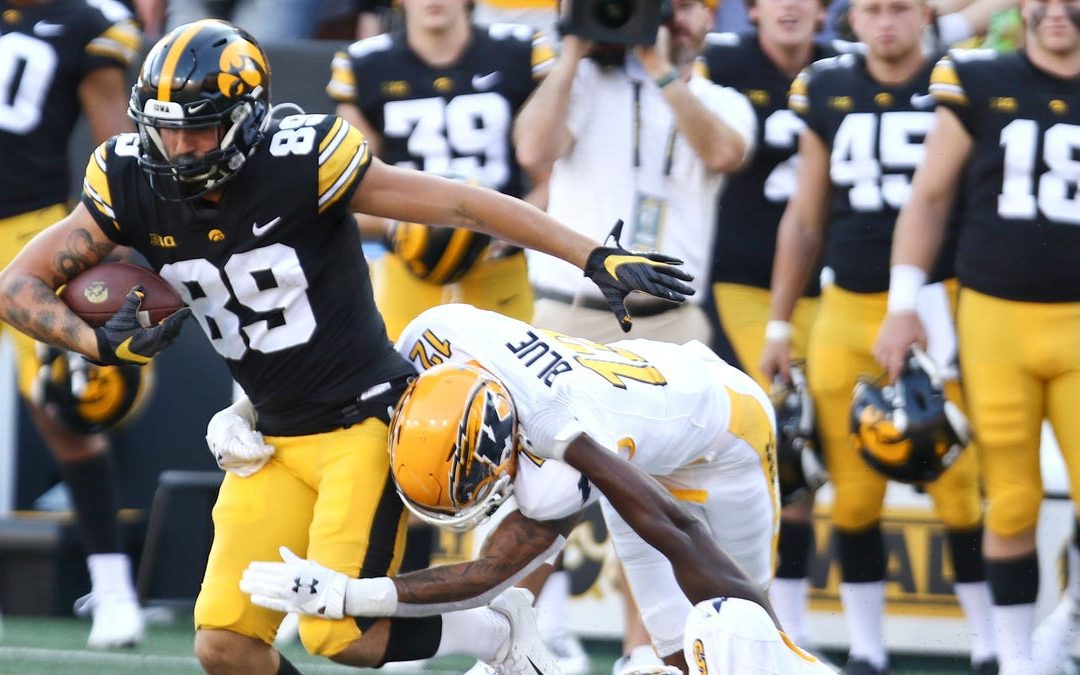 Leistikow’s Iowa vs. Colorado State prediction: Time for Hawkeyes’ offense to break out?

IOWA CITY — Kirk Ferentz opened some ears this week when he said that Tuesday morning delivered what “was probably our best offensive practice this year.”

Whether such a statement is an encouraging sign of a big breakthrough or simply the head coach giving his offense a public vote of confidence, it was good to hear for Iowa football backers.

Wide receiver Tyrone Tracy Jr., who met the media on Zoom Wednesday, confirmed that Tuesday was a good day for the offense.

“Going through the plays, it was very crisp. There wasn’t a lot of (do-overs),” Tracy said. “Everybody knew their assignments, their alignments and we got it done.”

Ferentz wondered in jest if the changing of the seasons (Tuesday marked the official last day of summer) made a difference.

“We just seemed a little more cohesive out there and a little better with our execution, that type of thing,” Ferentz said. “It takes time. It’s frustrating at times, and you want things to go faster and all that, and we’re not there yet. But at least I think we’re moving in the right direction.”

Iowa is ranked sixth in the USA TODAY Coaches’ Poll (and fifth by the Associated Press) out of 130 FBS teams. Yet its offense is 14th out of 14 Big Ten Conference teams in total offense at 298 yards per game. Its eight offensive touchdowns are last among teams that have played at least three games.

Are the Hawkeyes poised for a breakout?

Hard to say. Colorado State didn’t allow a touchdown last week at Toledo but gave up 42 points at home to South Dakota State in Week 1.

A big day from the wide receivers: Tracy is known as Iowa’s best big-play threat, and defenses have given him the same treatment that Ihmir Smith-Marsette (now with the Minnesota Vikings) received in 2020. They aren’t going to let Tracy beat them. The redshirt junior has just nine catches for 70 yards through three games but added, “That brings a lot of spaces for other people to be open.”

Iowa has just one wide-receiver touchdown this season (Charlie Jones at Iowa State). Perhaps Spencer Petras’ final completion against Kent State — a season-long 48-yarder to Nico Ragaini — was a sign of things to come. Until that point, Iowa’s wideouts had combined for 21 catches for 158 yards in nearly 12 quarters.

The return of the “Wildcat”: Offensive coordinator Brian Ferentz introduced the novelty of using Tyler Goodson as a running quarterback in 2020 with outstanding success, particularly in a late drive at Illinois. The formation — in which Goodson is often flanked by two playmakers (Tracy, Ivory Kelly-Martin and Arland Bruce IV are the known options) — gives Iowa an extra blocker in the run game when Petras is off the field.

Maybe a little fun factor would spice things up for the run game Saturday. Kirk Ferentz did indeed confirm that “Willie the Wildcat is still roaming our playbook somewhere,” and Tracy said it’s still being practiced.

More balance, fewer punts: As much as the fans love Tory Taylor’s thunderous leg from Down Under, it’s not ideal that the sophomore leads the Big Ten in punts per game (6.3). It would be a good day for the offense to thrive and for Taylor to rest his right leg for bigger games ahead.

Defensive coordinator Phil Parker’s anti-big-play defense doesn’t melt down against a Colorado State team that doesn’t have an offensive play longer than 36 yards. The Hawkeyes have allowed 7, 6, 17 and 7 points in their past four games. Another fun fact: Iowa’s defense has scored three touchdowns (plus a safety) and given up three touchdowns this season.

The Rams ride a confident wave into Kinnick Stadium. Earlier this week, coach Steve Addazio said, “We’re not going to keep it close. We’re going to beat Iowa.” That’s the type of bravado that can pay off if Colorado State can jump to an early lead. Addazio’s teams are physical, hard-hitting outfits and could make Iowa’s day painful if it isn’t ready.

Prediction: Iowa 40, Colorado State 13 &mldr; It’ll be a good day for Iowa’s offense. Petras’ interception-free streak ends at five games but he completes 70% of his throws and gives way to Alex Padilla for the entire fourth quarter.

Prediction: Maligned for their defense in 2020, the Golden Gophers held Colorado to 63 total yards in a 30-0 road shutout Saturday. An offense averaging 37:10 in time of possession helps the defense, too. Minnesota is a legit threat in the Big Ten West. Minnesota 31, Bowling Green 10

Prediction: The big Northwestern news this week was that a $480 million gift to the university will help revamp Ryan Field, which means alternate home dates for a year or two. Get ready for a possible Iowa vs. Northwestern game at Soldier Field in 2023. Maybe the ‘Cats will have their quarterback situation figured out by then. Northwestern 27, Ohio 14

Prediction: The Nittany Lions need home wins against the FCS Wildcats and Indiana to be 5-0 coming to Kinnick Stadium on Oct. 9. Sean Clifford’s 87.5% completion rate vs. top-20 Auburn (28-for-32) was the program’s best accuracy in 25 years. Penn State 38, Villanova 14

Prediction: A very interesting game for Hawkeye backers, who can watch how their previous opponent stacks up against their next opponent. Maryland quarterback Taulia Tagovailoa hasn’t been intercepted, leads the Big Ten in total offense and is completing 75.5% of his passes. Maryland 38, Kent State 28

Prediction: Rutgers’ secret to early-season success: No turnovers (while creating eight) and committing just seven penalties, third-fewest in the nation. Michigan has attempted 147 rushes and just 49 passes all season and leads the country with 350.3 ground yards per game. Michigan 31, Rutgers 16

Prediction: Maybe the most surprising aspect of this matchup is that Purdue is playing pretty good defense — ranked 36th nationally. Watch the status of Boilermakers receiver David Bell (concussion protocol), who is a game-time decision. Purdue 28, Illinois 21

Prediction: There is renewed buzz around the Spartans, who are averaging an impressive 7.76 yards per play. Nebraska has a good defense this year, but Spartan Stadium at night can be a really tough place for opponents. Michigan State 27, Nebraska 21

Prediction: The Buckeyes can outscore anyone but have four weeks (Akron, Rutgers, Maryland, Indiana) to repair their brutal defense before the Oct. 30 showdown vs. Penn State. They’re 101st nationally against the run and 117th vs. the pass. Ohio State 66, Akron 14

Prediction: Expect a shootout as the Hoosiers try to regroup after melting down vs. Cincinnati against a Hilltoppers team averaging 53 points a game. Indiana 42, Western Kentucky 37