Leaf-peeping has started in Colorado, and it’s turning out to be extremely unusual this year 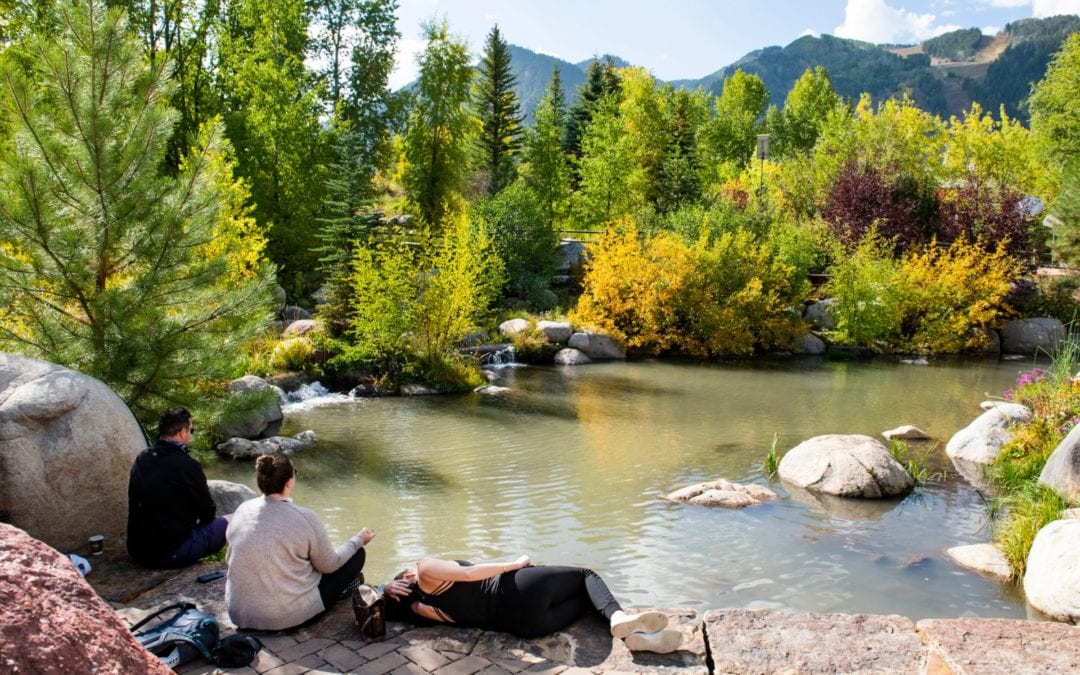 The annual autumnal extravaganza of outrageous forest colors has commenced in the high country, but this being 2020, there has to be something unusual about it, right?

There is, as lifelong Aspen resident Mike Marolt discovered when he went on bike rides there this past weekend. While the aspen haven’t really started changing there yet, he got a show he wasn’t expecting.

“Here’s the thing that’s really weird: I don’t know what’s causing it, but I’ve never seen the underbrush like this,” said Marolt, a fourth-generation Aspenite. “It’s blood red. It’s just incredible. I’ve never seen underbrush — primarily the oak brush and stuff like that — turn this red. It was so brilliant yesterday on the trail between the airport and Snowmass — where there’s no aspen, it’s all underbrush — that I had to slow down and take a look. It was crazy cool.”

Crested Butte resident Bill Coburn has noticed the same thing on the opposite side of Pearl Pass, describing underbrush there as “crazy red” while tree colors are “starting to take off” in that area.

“We’ve been up elk hunting the last week, and seven days ago, there wasn’t an ounce of color,” Coburn said. “The cottonwoods down in the river beds are getting pretty vibrant. It seems to me like it’s a week later than normal, but I’m guessing that by this next weekend, it would be really vibrant. I’d say it’s about 25%, meaning seventy percent of the trees are still fairly green, 25-30% are starting to turn, but I would guess by this weekend it would be 70-75% turning, nothing at their peak yet.”

The fall color change typically begins in the northern part of the state, and Steamboat Springs resident Cathy Wiedemer found some great leaf-peeping this past weekend about 15 miles south of town. She, too, was struck by the unusual colors of the underbrush.

“The dogwoods, all the underbrush and the aspen were just on fire,” Wiedemer said. “The scrub oak was red and orange. I think it’s maybe just before (peak), as far as the aspens go. I feel like the scrub oaks and some of the underbrush has really been going, and the choke cherries, all are just unbelievable. It was just stunning.”

In Steamboat Springs itself, Wiedemer said, the change in aspen colors has just begun. Same in Teller County, where a Denver Post reporter hiking in Divide spotted underbrush turning vibrant shades of yellow as aspens begin to turn.

Some areas near the Front Range are already seeing dramatic color change, according to Reid Armstrong, public affairs specialist for the Arapaho and Roosevelt National Forests.

“My folks in the Grand County area tell me the colors have peaked (there),” Armstrong said. “They still have quite a bit in Granby, toward Grand Lake. But they did have that snowstorm, so about half the leaves went straight to brown.” Armstrong said there were lots of brown and dead leaves along the Peak to Peak Highway as well.

“Up I-70, it’s beautiful,” Armstrong said. “The aspen are lighter greens, bright yellows, everything in between, and may be peaking by next weekend.”

That also appears to be the case in the Vail Valley, which has huge aspen stands on the ski mountain, the opposite valley slope, up toward Vail Pass and along U.S. 24 near Minturn.

“We are seeing some of the trees changing,” said Kylyn Ord, a visitor information specialist at the Minturn office of the White River National Forest. “I wouldn’t call it a peak yet, though. I’ve been telling people probably this weekend, especially at our higher elevation areas, we’ll probably see a peak.”

According to a fall colors report by the San Juan National Forest late last week, leaves were just beginning to change down there. Aspens around Silverton were trending toward gold, especially on the drive between Molas Pass and Red Mountain Pass.

The change just started in Telluride, according to David Hallowell, an assistant manager at Jagged Edge Mountain Gear in Telluride.

“They’re definitely starting to go,” Hallowell said. “I’ll bet peak is a week or two out, at least, probably closer to two weeks. It seems like over the last two days, things have really yellowed up.”