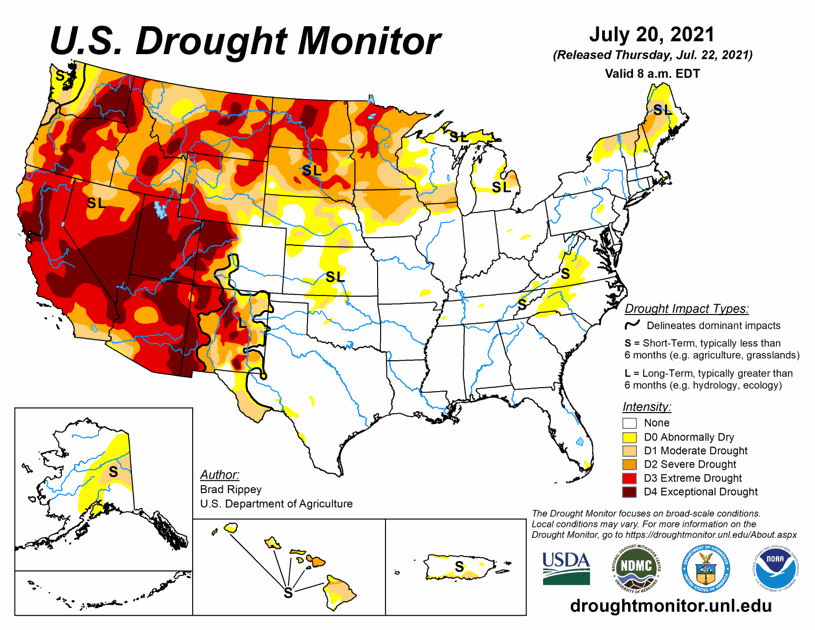 With Lake Powell poised to hit a new record low in the coming days, Colorado Springs water storage levels are in good shape after a wet spring cut back the need to water lawns and gardens.

However, since the city receives as much as 70% of its water from the Colorado River basin annually, Colorado Springs Utilities staff are watching the exceptional drought conditions and low water levels across the basin. After two years of drought, the conditions on the Colorado River are deteriorating much faster than Utilities anticipated even three or four years ago, said Kalsoum Abbasi, water conveyance planning supervisor.

“We are in the throes of contingency planning around everything that’s happening,” she said.

In the next few days, Lake Powell, a massive man-made lake on the Colorado River that straddles the Arizon-Utah border, is set to drop below a record low level set in 2005 and is only at 33% of its capacity, according to the Bureau of Reclamation, a federal agency that manages hundreds of reservoirs.

Last week, the Bureau of Reclamation took the unprecedented step of ordering the release 181,000 acre-feet of water from Flaming Gorge, Blue Mesa and Navajo reservoirs to protect the power generation at Lake Powell. The water will flow from the already stressed reservoirs through December. The move will leave Blue Mesa reservoir’s boat ramps, marina slips and other recreational facilities high and dry throughout August, according to the National Park Service.

Lake Powell is the second largest man-made reservoir in the United States, storing 24.3 million acre-feet from the Colorado River when full. However, the lake is about to break a record low set in 2005 and is only at 33% capacity.

The lower basin states, including parts of Arizona, California, Nevada, New Mexico and Utah rely heavily on Lake Powell to provide water they have rights to, but if that water is not in the lake, they may rely more heavily on water in the Colorado River to meet their needs, Abbasi said.

Colorado and other upper basin states could be required to leave water in the river for those lower states in the coming years if conditions don’t improve. That could mean less water for  Colorado Springs, she said.

This season the city’s water storage is healthy, even though earlier this month, most of Colorado Springs’ water rights fell out of priority on the Colorado River basin, meaning that not enough water was available for the city to divert the water it has rights to, she said.

Lake Powell is the second largest man-made reservoir in the United States, storing 24.3 million acre-feet from the Colorado River when full. However, the lake is about to break a record low set in 2005 and is only at 33% capacity.

Colorado Springs generally loses access to the water in the basin later in the season, Abbasi said.

The city has enough storage in its reservoirs for almost next three years, in part, because a wet spring staved off the need for residents to water their lawns and gardens as much, she said. So Utilities delivered 9% less water to residents since the beginning of the year compared to the same period in 2020.

Utilities’ watering restrictions that only allow residents to run their sprinklers three days a week may have contributed to that savings.

As severe drought conditions persist across much of the West, Utilities is looking to accelerate some projects outlined in its 50-year plan, Abbasi said.

“We are reassessing everything and trying to figure out what we can or should accelerate now to react or provide a bit of buffer to impacts that we may see if our water rights are curtailed,” she said.

For example, Utilities may try to sign more water sharing agreements with agricultural water users along the Arkansas Valley, she said.