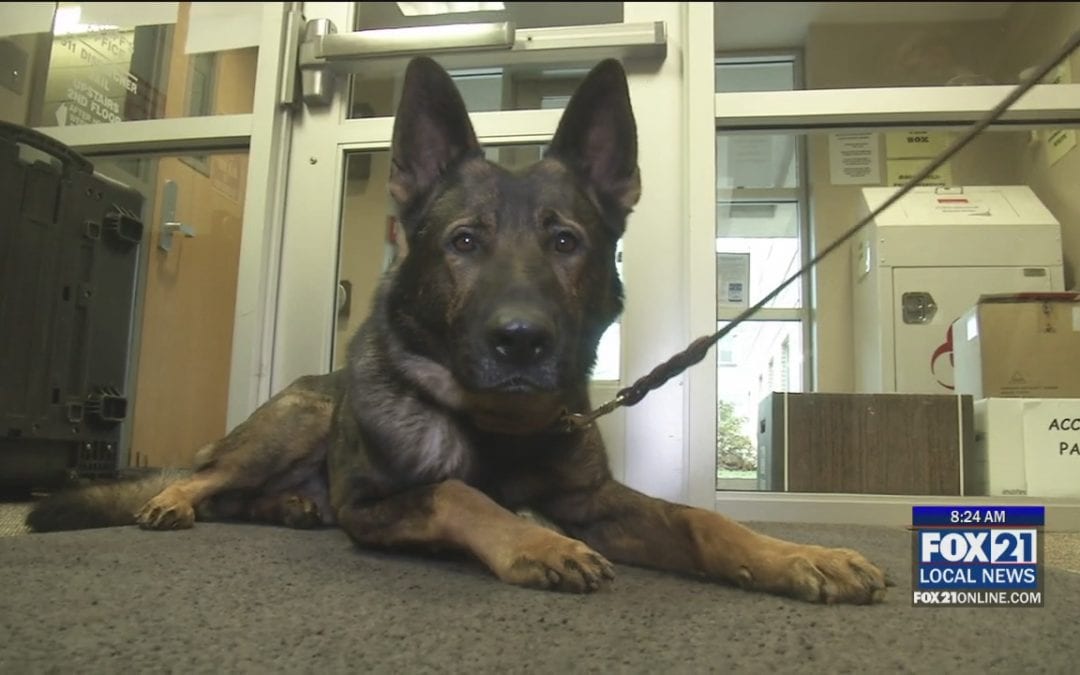 TWO HARBORS, Minn. – After nearly 10 years of taking the hard road in many cases, the road is now a lot smoother looking ahead for the Lake County Sheriff’s Department.

“He’s kind of — the best way to describe it is a very active kid,” said Deputy Jack Dietz with the Lake County Sheriff’s Department. “His nose is just incredible.”

K9 Arrow has a passion for sniffing out drugs and finding people.

“He’s a really big asset to finally have again, it’s been a while. I think a lot of hesitation was probably due to the commitment piece that it takes,” said Dietz.

This two-and-a-half-year-old German Shepard from the Czech Republic is now calling Lake County home, and he’s helping to protect the people who live there.

“To have him makes our job a lot easier. For example with Arrow, if we have a lost hiker in the woods, he’s trained for human tracking,” said Dietz.

He joined the team back in mid-June.

Arrow recently made his Facebook debut with his handler Sheriff Dietz, and has detected drugs on a handful of calls.

“What he’s mainly trained in is narcotics detection, that’s probably the biggest one for us and the one we’re going to use the most,” said Dietz.

Arrow also excels when it comes to human tracking, as well as something law enforcement refers to as article search.

“Say a crime occurs, somebody runs away and they throw evidence out in an open field or along a track, he’s trained to search out those items,” said Dietz.

With a nose made for navigating, Arrow is already an A-plus member of the department.

“It’s been a learning curve for everybody,” said Dietz.

As for his time off the job, Sheriff Dietz says it’s been a new experience, but one he’s proud to take under his badge.

“It’s every facet of your life, it’s not just at work, it’s at home,” said Dietz. “He’s very smart, with that, I had the impression always that police K9s are very obedient, that they listen to everything you do, but what I’ve learned is that’s not always the case.”

The total cost for the department to receive Arrow, and put him through all the necessary training was about $10,000.

Lake County currently doesn’t have a non-profit set up for additional donations for the K9 program, but it’s something they’re looking to set up in the future.