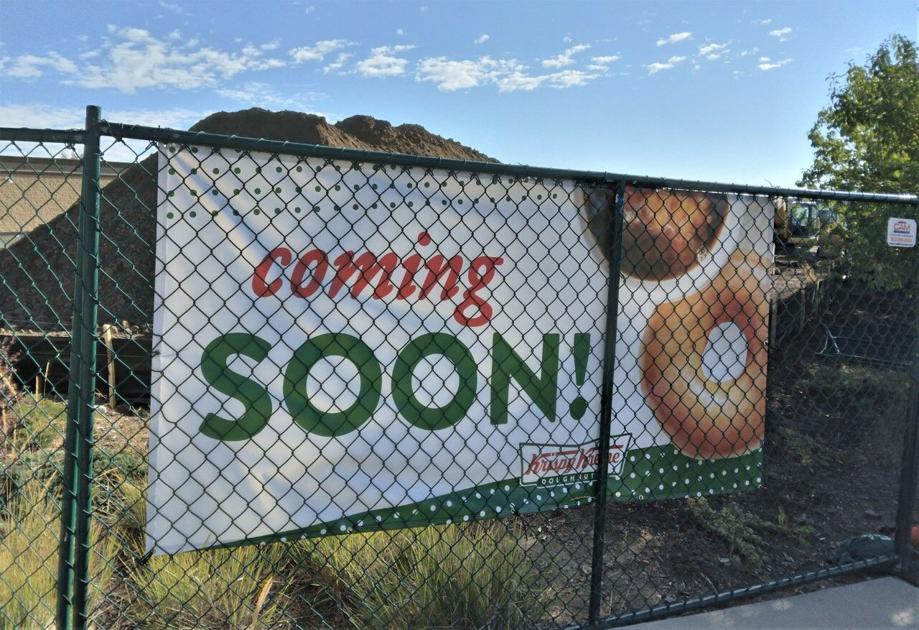 Krispy Kreme Doughnuts has launched its comeback in Colorado Springs.

Construction of a 3,547-square foot Krispy Kreme began Thursday with a groundbreaking ceremony northwest of Powers Boulevard and South Carefree Circle on the city’s northeast side. Krispy Kreme will be built on the site of a shuttered Village Inn restaurant, which has been razed.

The location is expected to open in February, said Kurt Kuyper, president of WKS Krispy Kreme, an arm of WKS Restaurant Group, a California-based franchisee for Krispy Kreme and five other restaurant brands. WKS Krispy Kreme is developing the new store in Colorado Springs as a joint venture with the doughnut company, which is headquartered in Charlotte, N.C., he said.

Krispy Kreme, known for its signature hot, glazed doughnuts, returns to Colorado Springs after 15 years. Another franchisee had opened a Krispy Kreme near The Citadel mall in 2002, but closed it four years later.

But WKS Krispy Kreme is confident it can revive the brand in Colorado Springs, Kuyper said.

In 2019, his company took over full-service Krispy Kreme locations in Lone Tree and Thornton and a satellite shop in downtown Denver, which has since closed. Operating the existing stores for two years allowed it to hire the right people to conduct employee training and build its business instead of just opening a Colorado Springs store and hoping for the best, Kuyper said.

At the same time, a previous Springs franchisee overextended itself with its wholesale business, which put too many Krispy Kreme products into local stores and competed with The Citadel mall location, Kuyper said. WKS will be careful to better balance retail and wholesale operations, he said.

“We’re not going to be everywhere,” Kuyper said. “That helps keep it special and it keeps the prices at a point where we can sustain the business. Everybody’s dealing with commodity price increases, wage rate increases. So we’re being very judicious about how we build the business strategically. It’s not a repeat of what happened 15 years ago.”

Kuyper said he’s aware of the competition among doughnut outlets in Colorado Springs, but feels there’s a place for Krispy Kreme.

Dunkin’ and Hurts Donuts are among national and regional chains in the market; local favorites include Amy’s Donuts, which plans to open a second location in January at Powers and North Carefree Circle. Groceries Safeway, King Soopers and Walmart also have bakery departments.

“In every city, there’s that place that makes the blueberry buttermilk bar or something that they just make very well,” Kuyper said. “I don’t think they’re ever going to lose their core audience.

“Everybody’s kind of got their own thing,” he added of competitors. “I still think there’s plenty of room for good old Krispy Kreme. Our original hot glazed doughnut is still kind of the star of the show anyway, and it tends to do well wherever we go.”

The location along Powers Boulevard also will be a plus, he said. Powers, between Woodmen Road and Platte Avenue, is home to hundreds of restaurants, stores, movie theaters, big box stores, groceries and hotels that followed thousands of homes built over the last 30 years in neighborhoods lining the east and west sides of the roadway.

Krispy Kreme, which will employ 30 to 50 full- and part-time workers, will have indoor seating and a single-lane drive-thru that can be expanded to two lanes at busy times, Kuyper said.

Customers will have the chance to watch more than a dozen doughnut varieties being made on site, a popular attraction for kids, Kuyper said. Krispy Kreme’s familiar fundraising program — in which schools, sports teams and charitable organizations sell boxes of doughnuts — also will be available to local groups, he said.

WKS is open to more Krispy Kreme locations in fast-growing Colorado Springs, though it doesn’t have any firm plans at the moment; additional locations could be permanent brick-and-mortar stores or satellite shops that sell doughnuts made off site, Kuyper said.

“We’re seeing a lot of (growth) in all the major markets in the Rocky Mountain states, whether it’s Salt Lake, I would even include Phoenix in that, Boise,” Kuyper said. “We’re seeing outmigration from some of the cities on the Western seaboard, not just because of expense, but also for quality of life. And Colorado Springs has that in spades. I mean, what’s not to like?”