Ken Buck: Vote ‘No’ on Proposition 113 and protect Colorado’s voice 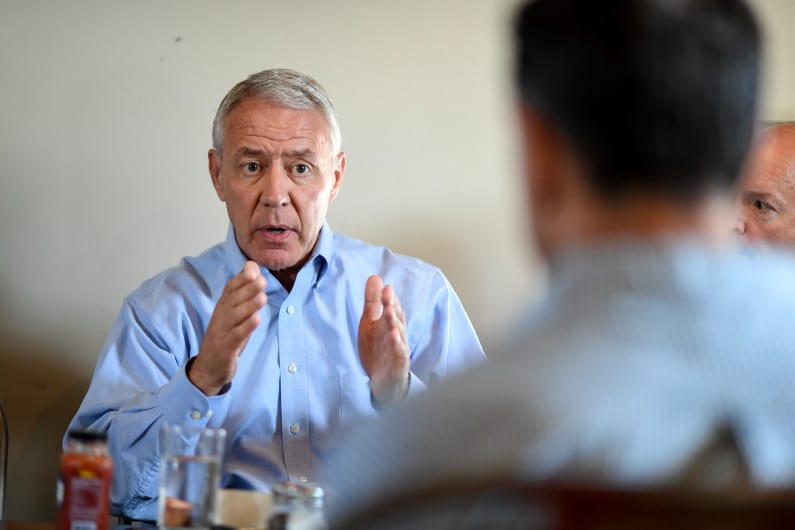 Proposition 113 is all about taking away the voice and votes of Coloradans and giving it to high population states like California and New York.

This is a simple proposition that every Coloradan should understand and then vote against. The so-called National Popular Vote Compact that Governor Polis and the Democrat legislature forced Colorado into completely devalues Colorado’s political voice and vote.

The compact essentially means Colorado’s electoral votes would be awarded to the candidate who wins the most votes nationwide, even if that person were to lose Colorado.

The Electoral College ensures Colorado and other state’s that don’t have a huge population like California, Texas, or New York are still able to have a voice when it comes to electing our president. This legislation gives more control and influence to those larger states and their interests.

Unfortunately, it is no surprise that most of the money pushing this initiative is also coming from out-of-state donors.

The decision to enter into this agreement means voters in other states would determine who receives Colorado’s electoral votes, even if that person were to lose in Colorado. The people of Colorado will not stand by while their voices and votes are handed over to California.

Over 90 days, voters across Colorado collected over 228,000 signatures in one of the largest and fastest grassroots movements in Colorado history. It should concern all Coloradans, whether they are supporting this proposition or not, that 98 percent of the funding for this measure comes from out of state.

There is bipartisan opposition to joining the National Popular Vote Compact. Last year, the Democrat Governor of Nevada vetoed legislation passed by his legislature to join the compact. Governor Sisolak said at the time that he was vetoing the legislature because his state’s “interests could diverge from the interests of large states.”

It is unfortunate that Governor Polis didn’t have the courage to stand up for Colorado’s interests, the way that the Democrat governor of Nevada did.

If Democrats really want to destroy the Electoral College, then they should follow the Constitution and put forth a Constitutional amendment and have three quarters of the states ratify it. This sneaky legislation only gives more control to large states and means that presidential candidates would have no reason to campaign or care about the concerns of Coloradans or other smaller population states.

This legislation gives even more control to voters in California, New York, Texas, Florida and Illinois, and further reduces the impact that Coloradans would have on deciding who leads this country.

Put simply, Colorado only has nine electoral votes and those electoral votes should go to the candidate that Coloradans voted for. Under the compact, Colorado could end up giving it’s votes to a candidate who didn’t campaign here, wasn’t on the ballot here or lost overwhelmingly here.

That is why many bipartisan groups have come together to urge voters to reject this proposition. In the past, Colorado has been a destination for presidential candidates of both parties. But with Colorado’s population constituting just 1.7% of our nation’s population, it’s clear that future presidential candidates would fly right over Colorado on their way to California or New York.

The Colorado Republican Party absolutely and wholeheartedly supports the repeal of this National Popular Vote legislation, as do 35 counties from across Colorado.

Please remember to vote ‘No’ on Proposition 113 and protect Colorado’s voice and vote.