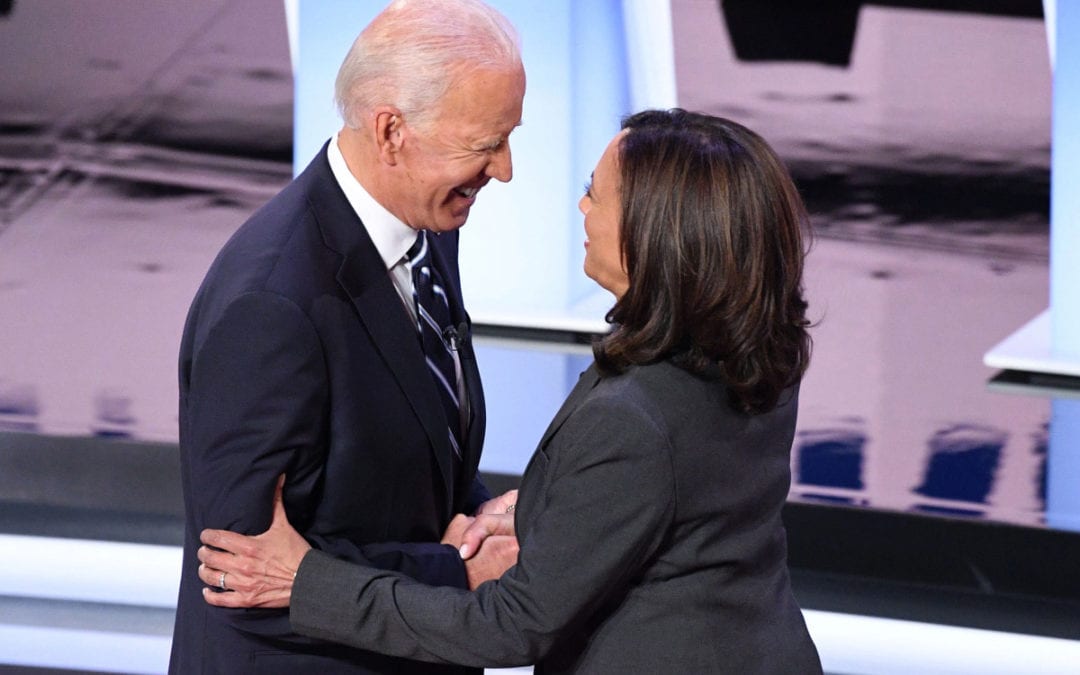 In a posting addressing her supporters, the former Democratic presidential candidate said Biden “has served our country with dignity and we need him now more than ever.”

“I have decided I am with great enthusiasm going to endorse Joe Biden for president of the United States. I believe in Joe,” she said.

“One of the things that we need right now is we need a  leader who does care about the people and therefore can unify the people, and I believe Joe can do that.”

“Kamala – You’ve spent your whole career fighting for folks who’ve been written off and left behind – and no small part of that alongside Beau,” the candidate said. “From our family: thank you.”

Harris, during a Democratic primary debate last June, hammered the longtime senator from Delaware on his stands on busing and civil rights during the 1970s, taking him to task at one point for working with senators who supported segregation.

But in the video, which was apparently taped while Harris was in Selma, Ala., for the 55th anniversary of the “Bloody Sunday” march across the Edmund Pettus Bridge on Saturday, Harris noted the continuing struggle for civil rights.

She said she was thinking about “all the folks who for generations have fought and died for our civil rights and fought to help our nation achieve its ideals.”

She said “we haven’t yet achieved those ideals,” but “one of the greatest things about us is that we are willing to fight to get there.”

Then she turned to the endorsement, saying “I wanted you guys to know.”

“I am supporting Joe because I believe that he is a man who has lived his life with great dignity. He is a public servant who has always worked for the best of who we are as a nation. And we need that right now. There is so much at stake in this election, guys,” Harris said.

Biden picked up the endorsements of one-time Democratic presidential rivals Pete Buttigieg, Sen. Amy Klobuchar of Minnesota and former Rep. Beto O’Rourke of Texas last Monday, a day before voters in 14 states went to the polls on Super Tuesday.

Former New York Mayor Mike Bloomberg also threw his support behind Biden after he withdrew from the race following a poor showing in the Super Tuesday contests.

Riding a surge of momentum from winning the South Carolina primary election earlier this month, Biden won 10 states on Super Tuesday, including pulling off upsets in Texas and Massachusetts, the home state of Sen. Elizabeth Warren, who has also withdrawn from the race.