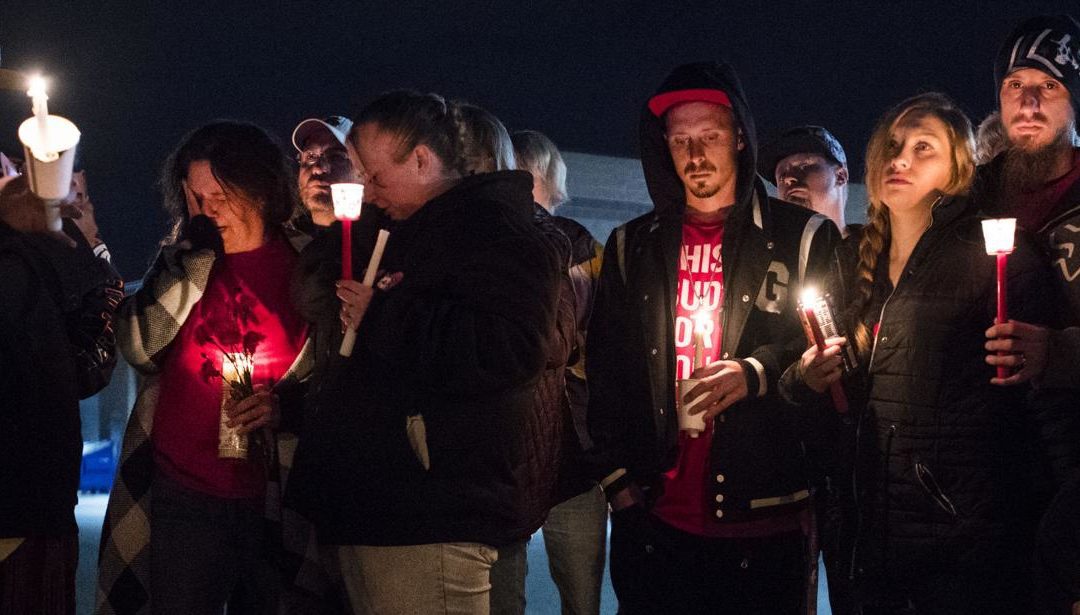 A judge Wednesday dismissed first-degree murder charges against a Colorado Springs man on trial in a 2018 quadruple shooting, agreeing with his attorneys that prosecutors failed to present enough evidence to support them.

Tony Ray Lawson, 51, will instead face the top charge of second-degree murder when the jury begins deliberating at his ongoing trial in a shooting that killed one man and wounded three other people.

The move means Lawson has sidestepped a potential life term in prison without the possibility of parole and now faces up 48 years in prison. He has pleaded not guilty to all counts, arguing that he fired in self-defense.

Deliberations are expected to begin Thursday, after the jury hears closing arguments, according to comments in court.

The dismissal came on the ninth day of Lawson’s trial, when Fourth Judicial District Judge Eric Bentley took the unusual step of partially granting the defense’s motion for a judgment of acquittal after the prosecution had rested its case.

Under Colorado law, motions for judgment of acquittal may be granted only if “the evidence is insufficient to sustain a conviction.”

Such requests are routinely made at murder trials but nearly always denied, usually with only brief remarks from a judge. That makes Bentley’s ruling “extremely rare” and suggests deep flaws in the prosecution’s case, said Colorado Springs defense attorney Shimon Kohn, who wasn’t involved in the case.

“I haven’t even heard of it,” said Kohn, a more than 20-year veteran of the local courts who also spent three years as a prosecutor here.

A spokesman for the District Attorney’s Office did not comment on the ruling and the prosecutors, Oliver Robinson and Margaret Vellar, couldn’t be reached. Lawson’s attorneys, public defenders Kim Chalmers and Nicholas Rogers, were also unavailable.

Bentley threw out several first-degree murder counts under different theories of how the shooting was committed, and also dismissed two counts of first-degree assault, paring down the case from 11 counts to five, court records show.

The same judge signaled concerns about thin evidence against Tony Lawson in 2019, telling the prosecution at the conclusion of an evidentiary review they had barely established probable cause for charges, the lowest evidentiary standard under the law.

“I found this to be a close decision,” Bentley said at the time, noting that prosecutors had “very narrowly” supported the murder charges.

To prove charges at trial, prosecutors face a much higher bar — convincing all 12 jurors the defendant is guilty beyond a reasonable doubt, which is the law’s highest evidentiary standard.

The shooting occurred in December 2018 as dozens of people gathered to watch drivers race along Geiger Court, an industrial strip long known to police as a haven for unsanctioned street racing.

Lawson told police that four or five men rushed him shortly after he arrived with his son in a Volkswagen Jetta GTI. He said he was repeatedly pushed and punched within moments of his arrival, as other men were assaulting his son, forcing him to open fire. Brandon Coffin, 28, was fatally shot in the chest at close range. Wounded were Coffin’s brother, Dylan Coffin, and two of their friends.

A red mark on Tony Lawson’s face potentially supported his story of being punched, police said.

Prosecutors said he exaggerated the danger and called it a case of “shooting at a shoving and pushing match.”