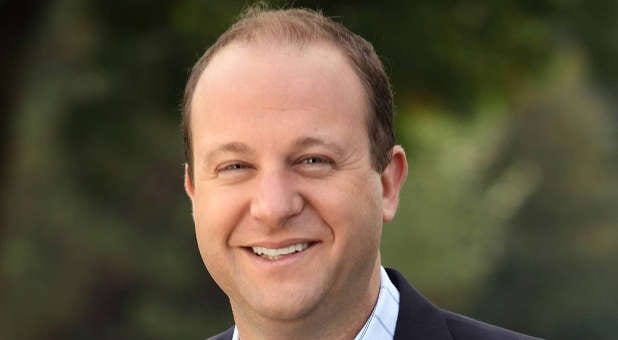 The new 44-page federal court order is a major win for churches, the First Amendment and the people of America. This is a big blow to the discriminatory orders issued by Colorado Gov. Jared Polis. The state of Colorado may not ignore or suspend the First Amendment!

Our staff and attorneys are completely immersed in this fight for religious freedom against the governors of California, Colorado, Kentucky, Illinois, Virginia, Maine and now at the U.S. Supreme Court.

We are building precedent like building a house: one brick at a time. It was nice to see this stellar ruling citing some of the court precedent our church cases have set this year.

Federal District Judge Daniel Domenico, a Trump appointee, cited our 3-0 victory on behalf of Maryville Baptist Church in Kentucky to bolster his ruling in favor of two Colorado churches against Gov. Jared Polis.

But the fight for religious freedom continues in the courts.

Next week, Liberty Counsel will return to a different court to defend Andrew Wommack Ministries and Charis Bible College. This new federal court order will be a boost for our case, but the battle continues. The state of Colorado has already appealed the federal court ruling.

When Colorado Gov. Jared Polis instituted his COVID-19 shutdowns, he did not think churches and worship were “essential.” So, while Coloradoans could go to big-box stores, casinos, abortion clinics, marijuana shops, large retail stores like Walmart and massive Amazon warehouses with no restrictions other than social distancing, churches and churchgoers were legally prevented from doing the same.

Churches can feed, shelter and provide nonreligious social services and counseling to an unlimited number of people. But religious meetings were either banned or severely limited. Churches can feed and shelter an unlimited number of people, but not hold communion or worship. If you violate these worship restrictions, you can go to jail and be fined.

Judge Domenico rightly found that Gov. Polis’ public health order treats houses of worship differently than secular establishments that pose an equal risk as the houses of worship. Specifically, the court found that the numerical limit and the mandatory face-covering provisions are not neutrally applied between nonreligious and religious gatherings. Those restrictions are therefore discriminatory in nature and cannot continue under the law.

In his ruling, U.S. District Court Judge Daniel D. Domenico stated, “The Constitution does not allow the state to tell a congregation how large it can be when comparable secular gatherings are not so limited, or to tell a congregation that its reason for wishing to remove facial coverings is less important than a restaurant’s or spa’s.”

Judge Domenico wrote that the state “does not have the power to decide what tasks are a necessary part of an individual’s religious worship.”

Judge Domenico noted that “Public Health Order 20-35 exempts secular settings that pose similar threats of prolonged exposure from the occupancy limitations and face-mask requirements imposed on houses of worship.” He noted there is no meaningful difference between a warehouse, restaurant or an elementary school where employees, diners and students spend long periods in a closed-indoor setting, and a house of worship.

The order also noted that the limitation requirements do not apply to P-12 schools, the JBS meat-packing plant in Greeley, the Amazon warehouses in Colorado Springs and Thornton, Home Depot, Walmart, King Soopers and marijuana shops.

“With each exception Colorado makes for secular institutions, the failure to make the same exemption for houses of worship becomes increasingly problematic,” Judge Domenico wrote. The church, he wrote, “will be allowed to open their sanctuaries subject to the same capacity, social distancing and masking rules that are applicable to other critical businesses and will be able to permit congregants to remove their masks if and when it is necessary to carry out their religious exercise.”

As I mentioned above, our case representing Colorado-based AWMI and Charis Bible College is still pending in another court. We are preparing this week and will be in court early next week.

It is important to note that judges matter. As I have written before, the federal courts are split, and it comes down to whether the judge is a constitutionalist or an activist. It comes down almost every time to who appointed the judge. This big victory is not surprising as this judge was appointed by President Trump.

President Trump has now appointed over 200 federal judges, more than any other first-term president in history. And President Trump’s nomination of Judge Amy Coney Barrett, another highly esteemed constitutional textualist to the Supreme Court, is a monumentally important appointment. This is because the fight for America’s freedom—especially America’s religious freedom—is being carried out in the courts.

Liberty Counsel now has six cases pending in federal and state courts defending churches against the unconstitutional church bans and restrictions enacted by the anti-faith governors of California, Illinois, Virginia, Colorado, Kentucky and Maine. We have worked with over 2,000 pastors and churches in 44 states. Next week, I will present oral argument at two separate federal Courts of Appeal on some of our important non-church cases. Our work is having an impact throughout the United States. {eoa}

For the original article, lc.org.