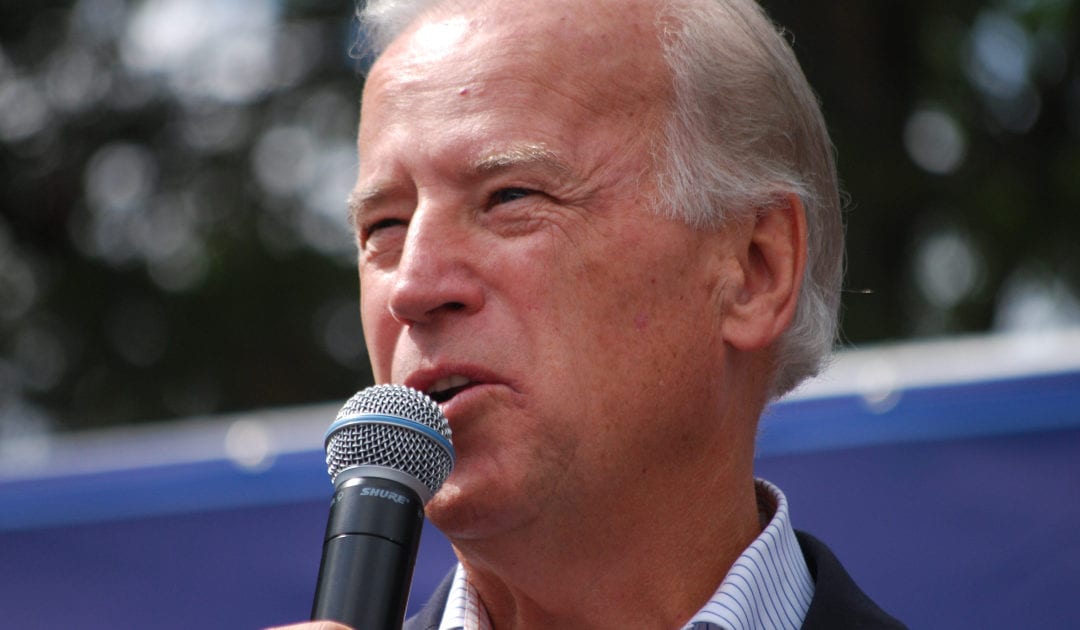 Democrat Joe Biden is cruising to victory in Colorado, taking the state’s nine electoral votes in a contest that was never in doubt.

The polling ahead of the election and early results suggest Biden is potentially headed toward a historic margin of victory in Colorado. Biden stood at 57% and Trump at 41%, according to preliminary vote totals with 80% of the state reporting.

In 2008, when Biden appeared on the ballot with Barack Obama for the first time, the Democratic ticket won by 9 percentage points. If the numbers hold above that mark, Biden’s victory would be the largest in Colorado since Ronald Reagan won reelection in 1984 by a 28-point margin.

Colorado U.S. Sen. Michael Bennet, a Democrat, said the stakes of the election were significant as he encouraged people to vote on Tuesday.

“Colorado can be that place that 50 years from now, people point back and say, ‘It was Colorado in 2020 that led the entire country (in turnout) and turned the page on Trumpism and ignited a new progessive era for America,’” he said. “That is what I think is on the ballot.”

The presidential race helped drive turnout in Colorado to new levels, exceeding 3 million votes for the first time in the growing state.

The big win came despite Biden’s modest campaign in Colorado — which for the first time in recent memory didn’t rank as a battleground state.

Biden attended a private Denver fundraiser in February but never held a public campaign event in Colorado — the first presidential candidate in more than two decades to skip the state. And his campaign team pulled its local television advertising in October when the result looked secure.

Trump held a campaign rally the same month in Colorado Springs but never returned — a stark contrast to the 2016 campaign when he held 10 rallies in six visits. That year, he lost Colorado to Democratic candidate Hillary Clinton by 4.9 percentage points.

Colorado voters were split when Trump took office in 2017, according to The Colorado Sun’s poll tracker, and his numbers only worsened over four years. A series of polls in October gave Biden an average lead of 13 percentage points in a head-to-head matchup, an improvement from earlier months.

A massive voter outreach campaign coordinated by the Trump campaign and The Colorado Republican Party did little to change the game. The GOP says it made 9 million voter contacts and recruited thousands of volunteers. But Republicans were slow to vote, as Democrats dominated the early returns ahead of Election Day.

Betsy Wilson, a 57-year-old from Aurora, is a registered Republican who waited to vote in-person on Election Day. She said she wouldn’t have missed it. “It’s the most important election of our lifetimes,” said Wilson, who voted for Trump.

Unlike Republicans who went door-to-door, Democrats and their allies largely kept their campaign in the virtual world, using digital advertising and text messaging to turn out voters.

Democratic voters were driven by their dislike of Trump as much — if not more — than support for Biden.

Cecile Richard didn’t vote in 2016, but picked Democrats at the top of the ticket as she voted in Denver. “I don’t like Trump,” she said.

On why she decided to vote this time around, she said: “It’s obvious — because of the last four years.”

Sterling Cook, a 33-year-old Democrat, cast his ballot at Corona Presbyterian Church in Denver on Tuesday. He said he voted for Biden in the presidential race but “it was the third hardest vote I’ve ever taken.”

He said he thinks Biden is too conservative and that he supported Democratic U.S. Sens. Elizabeth Warren and Bernie Sanders in the presidential primaries earlier this year.

Even though the race in Colorado wasn’t close, the anxiety surrounding the presidential contest nationwide was evident at the polls on Election Day.

Kerri Morgan, 43, who voted at a polling center in southeast Aurora, said she’s optimistic that Biden will lead a blue wave in Colorado. But she’s still nervous for how results in other swing states may pan out.

“My hope is Biden gets big wins,” she said. “I think there’s a lot of anxiety going around.”