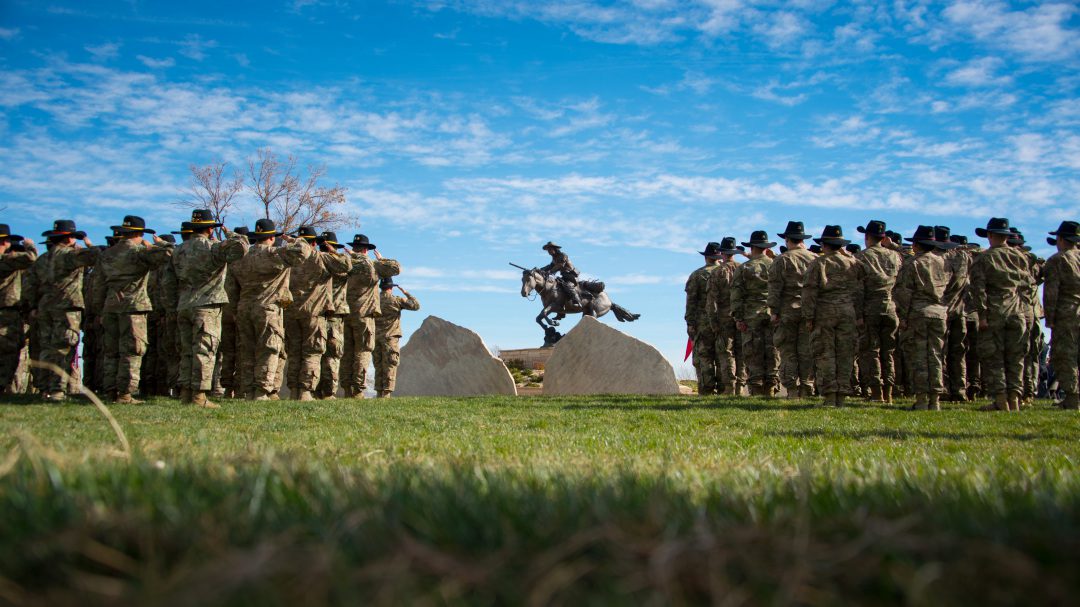 First lady Jill Biden plans to visit military spouses Thursday at an Army base in Colorado, her last stop during a swing through the U.S. West.

She is set to speak at Fort Carson military base near Colorado Springs ahead of Military Spouse Appreciation Day on Friday. It comes a day after Biden visited a school and vaccination clinic in Utah.

Biden started Thursday in Las Vegas, where she visited an elementary school to surprise a teacher who was named the 2021 National Teacher of the Year.

Biden, herself a teacher, congratulated Juliana Urtubey, a special education teacher at Kermit R. Booker, Sr. Innovative Elementary School as she sat for an interview with “CBS This Morning” and presented her with a bouquet of flowers.

The first lady then thanked nurses at University Medical Center to mark National Nurses Day. She posed for pictures, bumped elbows with health care workers and handed out sugar cookies shaped like the White House.

She was scheduled to arrive in Colorado early Thursday afternoon.

The White House last month announced the revival of an Obama-era initiative, Joining Forces, which prioritizes employment opportunities for military spouses, education for children of enlisted parents and veterans, and military families’ health and well-being.

The initiative, first rolled out in 2011 under President Barack Obama, was led by then-first lady Michelle Obama and Jill Biden when Joe Biden was vice president. Under former President Donald Trump, the White House’s web page for the initiative was taken down and archived.

There are more than 1.3 million active-duty service members, 52% of whom are married, according to the U.S. Census Bureau. And 642,000 children under 18 are living in those households.

Joining Forces aims to create flexible, transferable and remote job opportunities for military spouses due to the frequent travel lifestyle of active-duty families. According to the Department of Defense’s 2019 Active-Duty Spouses Survey, the military spouse unemployment rate was nearly 22%.

A White House statement about the initiative says there are an estimated 2 million children in families with active-duty service members, reservists or veterans. Joining Forces aims to create programs to support military children’s education and “help ease the burdens created by the highly mobile military lifestyle.”

The first lady named Rory Brosius as Joining Force’s executive director. She had previously served as the program’s deputy director under Obama.

Jill Biden’s father, Donald Jacobs, was a Navy signalman in World War II who went to college on the GI Bill. Her late son, Beau, who died of brain cancer in 2015 at 46, served in the Delaware Army National Guard, including a year in Iraq.

Biden’s other causes are education and cancer research. She is a longtime English professor at community colleges.