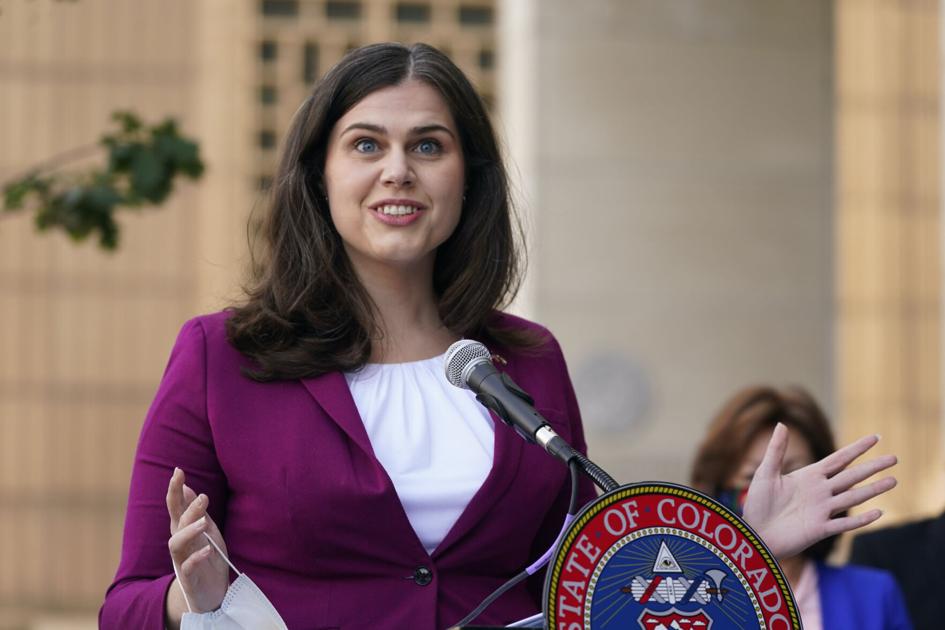 Colorado Secretary of State Jena Griswold plans to report raising a record-setting $283,714 for the just-completed first quarter of 2021, her campaign said Tuesday — more than any candidate running to be the state’s top election official has ever raised in a quarter.

The amount brings the total fundraising for the Democrat’s re-election campaign to $618,533. She plans to report $529,884 on hand at the end of the period, amounting to roughly half of the total she spent getting elected in 2018.

“Today’s report shows that our supporters are energized and committed,” Griswold said in a statement. “I am excited that my reelection campaign is off to a record-breaking start, and will continue working every day to expand voter access and protect our democracy.”

Republicans have yet to field a candidate for the office.

Her campaign said that Griswold plans to report 1,754 individual donations with an average donation of $158. Three-quarters of the donations were for $100 or less and 87% of contributions came from Colorado residents, her campaign said.

It wasn’t hard to shatter previous fundraising records for the office, which hasn’t attracted heavy spending or even much attention over the years. But the office has been thrust into the spotlight following a 2020 election season held during a once-in-a-century pandemic and attempts by former President Donald Trump and some of his supporters to question the election’s outcome.

“Since I took office, I’ve spent every day working to protect and expand voting rights for Coloradans,” Griswold said. “As we’ve seen across the country, protecting the fundamental right to participate in our democracy requires constant vigilance. It’s been my honor to fill this solemn and important role, and I look forward to running to serve another term as Colorado secretary of state.”

Griswold, an attorney and first-time candidate, unseated incumbent Republican Wayne Williams of Colorado Springs by 8 percentage points in 2018, becoming the first Democrat to win the office since 1960. The same night, Democrats won every statewide office in Colorado and expanded their majorities in the General Assembly, giving the party complete control of state government for the first time since the 1930s.

Although Colorado established all-mail voting years before she took office, Griswold has worked to expand access by adding hundreds of secure ballot drop-boxes throughout the state and increased the number of in-person polling locations. Other changes to the voting system under her watch include implementing automatic voter registration and rolling out a system allowing voters to track their ballot’s location at every step as it’s processed.

Colorado routinely ranks among the states with the best voter turnout and last year had the second-highest turnout in the country, behind Minnesota.

State-level candidates have an April 15 deadline to file campaign finance reports covering the first quarter of the year with Griswold’s office. Congressional and U.S. Senate candidates face the same deadline with the Federal Election Commission.