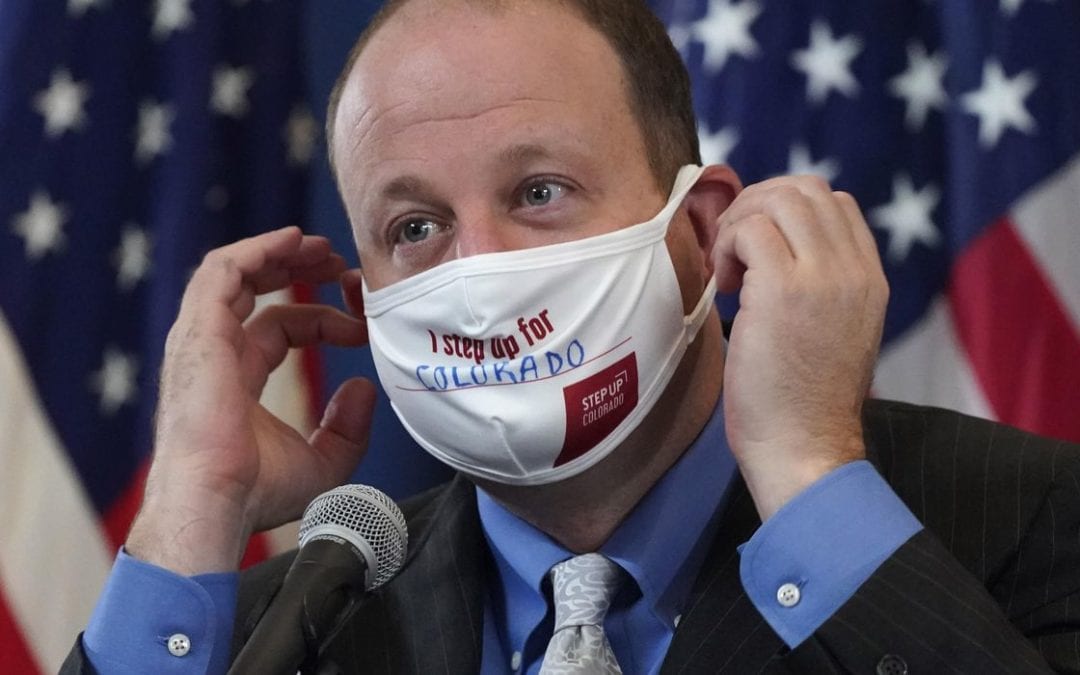 A federal judge has blocked Gov. Jared Polis from enforcing capacity and mask rules at two Colorado churches, ruling that the novel coronavirus restrictions were more onerous for houses of worship than for secular institutions.

“[T]he Constitution does not allow the State to tell a congregation how large it can be when comparable secular gatherings are not so limited, or to tell a congregation that its reason for wishing to remove facial coverings is less important than a restaurant’s or spa’s,” said Judge Domenico in his 44-page order.

As a result, “Plaintiffs have thus made a strong showing that they are likely to succeed on the merits of their as-applied free exercise claim,” he said.

Attorney Rebecca Messall, who represented the churches and their pastors on behalf of the Thomas More Society, praised the judge’s Oct. 15 order.

“The lawsuit calls both the federal government and Colorado leaders into account for their violations of the right to free exercise of religion, among other abuses of power, primarily resulting from Governor Jared Polis’ COVID-19 related Executive Orders,” she said in a statement.

Two Colorado churches are now protected from the state’s enforcement of capacity limits and #facemasks during #worship services after a federal judge’s order in a #lawsuit against federal and state officials for #religiousfreedom violations. https://t.co/E2ps882xTF pic.twitter.com/DzV4pQMrcW

The governor’s Public Health Order 20-35 designated churches as “critical,” but in practice “treats them differently from other ‘critical’ businesses and activities,” said the judge’s decision.

At the same time, the order allowed exemptions for many secular institutions, including meat-packing plants, K-12 schools, grocery stories and marijuana dispensaries, but not houses of worship.

“In other words, the JBS meat-packing plant in Greeley, the Amazon warehouses in Colorado Springs and Thornton, and your local Home Depot, Walmart, King Soopers, and marijuana shop are not under any additional occupancy limitation other than the six-foot distancing requirement,” said the ruling.

However, “Denver Bible Church and Community Baptist Church, by contrast, must comply with numerical occupancy caps, no matter how many people their sanctuaries might accommodate while maintaining six feet of distance between non-household members,” the judge said.

Judge Domenico rejected the argument that it was easier for churches to comply with the capacity restrictions than for other institutions.

“That may be true for many religious individuals and institutions, but it is not for Plaintiffs,” he said. “And with due respect for both the State and the Seventh Circuit, this court does not believe government officials in any branch have the power to tell churches and congregants what is necessary to feed their spiritual needs.”

Mr. Polis issued a statewide mask order on July 16 for those age 11 and older when in public indoor spaces. He extended it on Oct. 12 for 30 days.

The Washington Times has reached out to the attorney general’s office for comment.