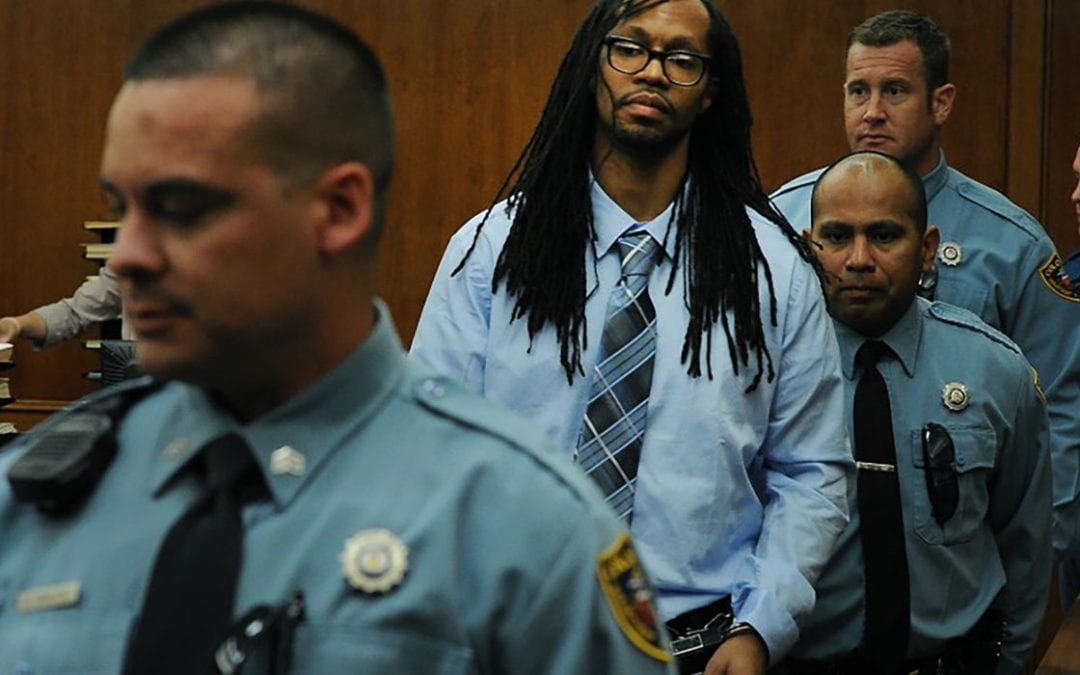 DENVER — It was a foregone conclusion that Gov. Jared Polis would sign a bill this week repealing the death penalty in Colorado, but what he did next came as a gut-punch to Democratic state Sen. Rhonda Fields.

After signing the legislation Monday, the governor, a Democrat, went a step further by commuting the sentences of the state’s three death row inmates to life in prison without the possibility of parole — including the two men convicted of killing Ms. Fields’ son Javad Fields and his fiancee, Vivian Wolfe.

For Ms. Fields, who for nine years has led the legislative battle against her fellow Democrats pushing to eliminate capital punishment in the state, said the commutations represented “the unthinkable bait and switch.”

“In a stroke of a pen Gov Polis hijacks justice and undermines our criminal justice system,” Ms. Fields tweeted.

The law goes into effect July 1, so it does not apply to inmates already convicted and sentenced to death, or even to those who have been charged with capital offenses.

In that case, why commute the sentences? Mr. Polis said his decision was not based on evidence of “extraordinary change” in the three offenders: Sir Mario Owens and Robert Ray, who were convicted of murder in the 2005 deaths of Fields and Wolfe; and Nathan Dunlap, who carried out the 1993 Chuck E. Cheese massacre.

He appeared to refer to the racial disparity on Colorado’s death row. All three convicted killers are black. So were Fields and Wolfe.

All three cases were also under the jurisdiction of Arapahoe County District Attorney George Brauchler, who argued that the commutations made “absolutely no sense” unless the governor was trying to escape notice and scrutiny “in a news cycle dominated by COVID-19.”

“Unless you’re trying to bury this particular decision, I don’t understand why he had to do it Monday,” said Mr. Brauchler, a Republican. “Look, Nathan Dunlap has been on death row since 1996. Sir Mario Owens and Robert Ray have been there since about 2007, and their cases are still in the appellate process, at the very first level. There’s absolutely no urgency.”

Dunlap applied for clemency after exhausting his appeals. Owens and Ray did not.

“[Mr. Polis] granted clemency to two guys who didn’t even ask for it,” Mr. Brauchler said. “They were still in the appeals process.”

Colorado’s capital punishment law had been on life support for years, even before Gov. John Hickenlooper in 2013 indefinitely delayed the execution of Dunlap, who was convicted of fatally shooting four Chuck E. Cheese employees after he was fired from his job as a cook.

Standing in the way of legislative efforts to end the death penalty was the strange-bedfellows coalition of Ms. Fields, a liberal Democrat from Aurora, and legislative Republicans, who lost their one-vote majority in the state Senate in November 2018.

Even with Democrats holding both houses of the state General Assembly and the governorship, a repeal bill failed last year. This year, however, three Republican state senators joined Democrats in backing the bill to end capital punishment,. Among them was Sen. Jack Tate, one of the sponsors.

“I don’t support the state having the power over life and death under any circumstance,” Mr. Tate said amid the debate.

What infuriated Mr. Brauchler was that pro-repeal legislators repeatedly insisted that the bill would do nothing to change the status of those on death row, largely out of deference to Ms. Fields.

“They did that, in my mind, because if they tried to offer up a law against one of their colleagues that would have stripped away the death penalty from her son’s murderers, that would have been too much of a pill for them to swallow,” Mr. Brauchler said. “Now did they secretly know or think the governor would be likely to commute? I’m sure they did.”

Colorado becomes the 22nd state to repeal the death penalty as the number of executions and death sentences continues to decline amid concerns over cost, racial and geographic disparities, and the risk of wrongful convictions, said Robert Dunham, executive director of the Death Penalty Information Center.

“Colorado is following the trend that we’re seeing in the West, which is a steady movement away from the death penalty — first in practice, and then in abolition,” Mr. Dunham said in a statement.

The center said support for capital punishment is “near a generational low,” though Ms. Fields cited polling numbers showing that Colorado voters continue to back the death penalty. Efforts by Republican legislators to refer the issue to the ballot failed.

In 2015, the Nebraska Legislature repealed capital punishment only to have voters reinstate it the following year. A 2016 initiative in California to abolish the death penalty was defeated at the ballot box.

It was her son’s killing that helped propel Ms. Fields into politics. Javad Fields and Vivian Wolfe, Colorado State University graduates, were killed a week before the young man was scheduled to testify in a murder trial. Ms. Fields ran for a state House seat in 2010 on a platform that included victims’ rights.

After her son’s killers were taken off death row on Monday, at least one juror in the case reached out to Ms. Fields. The juror told her on social media how sorry he was for her and because his months of work were “gone in a stroke.”

“Words can’t express my disappointment and sense of emptiness,” Ms. Fields replied. “The system failed my son, our family and those who served as citizen jurors.”

⦁ This article is based in part on wire service reports.