Jack Price: MLS is catching up to Europe | Colorado Rapids 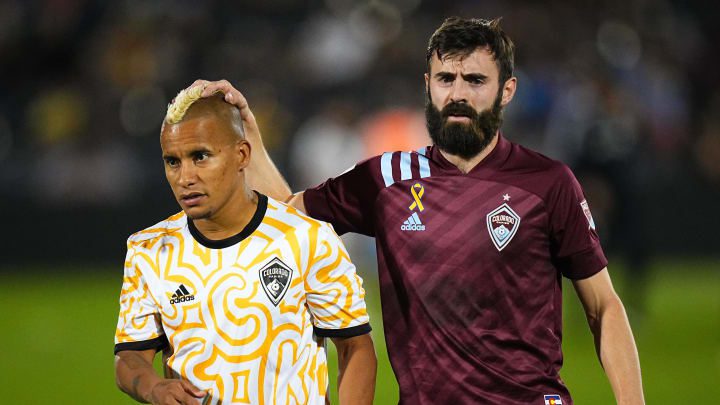 MLS has undergone a big shift in focus in recent years, developing more and more homegrown talent through the ranks. South American players have also found it a profitable destination to go and progress their careers ahead of crossing the Atlantic.

Slowly but surely, the quality of play has increased and MLS has started to cast off its “retirement league” perception. Rapids midfielder Price – himself an import from England back in 2018 – says the league is quickly catching up to the European top-flights, both on the pitch and in the stands.

“People aren’t coming here now to retire, they’re coming because it’s a big league and it’s growing,” he told 90min. “Players are coming in their mid and early 20s, they’re not coming at 35 and 36 to retire as much and I think that speaks volumes, to be honest.

“The level of players has grown considerably in the last few years, too. The South American boys that come over, they’re top players and they’re not all necessarily looking to just go to Europe now. They’re looking at North America as a big place to come and play football.”

As well as the quality of players, Price has been left impressed with the soccer-specific stadiums that are now becoming a common sight across MLS.

“Some of the stadiums you go to now are top-notch,” he added. “FC Cincinnati haven’t had a great season but that’s definitely one of the best stadiums I’ve been to and played in. The atmosphere just feels like England or Europe. It’s getting that way where it can start competing with the big leagues, for sure.”

The next step for MLS surely has to be competing more regularly in its own confederation. Liga MX has dominated Concacaf in recent years, producing the winner for all 13 editions of the Champions League.

No MLS team has won the premier regional competition in any format since the LA Galaxy in 2000.

As the Rapids topped the Western Conference this season, Price will have the honor of leading the side out in CCL play next season, regardless of how they do in the MLS Cup Playoffs. He’s certainly interested in how Colorado will match up against Mexican opposition, but is confident they can put their best foot forward.

One club, one heartbeat.

“It will be interesting to see how we match up with them,” Price said of the prospect of facing Liga MX opposition.

“As soon as we found out we were getting CCL after topping the West, I was thinking, what an experience, to go and play in a country like that. Somewhere like Mexico, go and play against the big teams. To match up against them and see how we do would speak highly about what Robin Fraser and the coaching staff have done, if we go against these teams and compete.

“Say, four or five years ago, if we’d played a Tigres or someone like that, I don’t know where we’d be. I feel like right now, with the way we are as a squad, and the confidence we have, we could do a job on anyone.

“That would be interesting. You know, I could eat my words and we could go and play one of those teams and get spanked. You don’t know, I’ve never played in Mexico. But to play against these sorts of teams and have this experience in the Champions League is brilliant and hopefully every year from now, we can continue to get there.”

As the top seed in the West, Colorado have earned a bye past Round One of the Playoffs and await the winner of the Portland Timbers and Minnesota United in the Western Conference semi-finals.