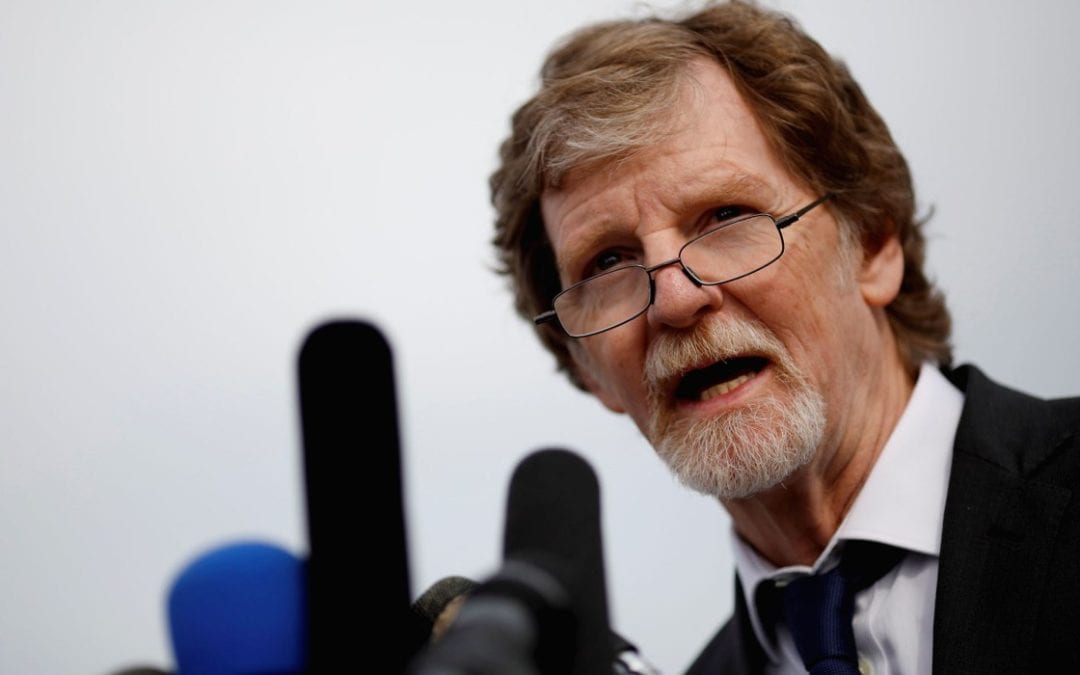 You may remember the government of Colorado’s seven-year crusade to destroy Masterpiece Cake Shop owner Jack Phillips after the baker refused to design a specialty cake for David Mullins’s and Charlie Craig’s gay-wedding ceremony in 2012 — this, before gay marriage was even legalized in Colorado or recognized by federal courts.

After years of fiscal and personal struggles, Phillips was finally vindicated by a 2018 Supreme Court decision that found Colorado Civil Rights commissioners had displayed “a clear and impermissible hostility toward sincere religious beliefs” in their efforts to punish him for thought crimes — which was a gracious way of pointing out that some unhinged members of the commission had likened Phillips to a Nazi and segregationist simply because he wouldn’t let two bullies and the government of Colorado coerce him into designing a cake.

Then again, the Court ruling, though widely celebrated by conservatives, only partially dealt with issue of free exercise of faith in the face of threats, leaving lower courts to determine the intentions of bureaucrats who hound religious Americans, rather than relying on the clear language of the First Amendment. Commissioners will simply avoid saying the ugly part aloud in the future. And few Americans will have the financial wherewithal to stand up to a government that can obliterate their life’s work in a few months.

For the sin of being one of the first Americans to stand up to this new cultural imperialism, Phillips will likely be hassled to the grave. But if you think these battles aren’t worth fighting, or you think the trajectory of the issue is impossible to alter, Phillips (and others like him) have proven critics wrong. And not merely because their stands may induce courts to uphold the right to religious liberty against the mob, but because minds can be changed.

A new wide-ranging poll conducted by the Public Religion Research Institute (PRRI) found that, while a large majority of Americans still support “LGBTQ nondiscrimination protections,” close to four in ten now believe “refusal of service” to LGBTQ people if business owners say that serving them violate their religious beliefs is okay — and the intensity of those who oppose service “refusal” has gone down.

“Support for LGBT rights continues to be strong and expansive in all 50 states. Issues that in the recent past demarcated major political and religious fault lines now find broad agreement,” says Robert P. Jones, PRRI CEO and founder. “However, this landmark survey also finds some erosion in opposition to allowing business owners to refuse to serve gay and lesbian people based on their religious beliefs.”

Why does Jones believe the movement in the polls an “erosion” rather a “re-birth” in understanding the proper role of religious freedom or a “growth” in the belief that there can be peaceful coexistence between Americans with different worldviews? Well, because his poll — and his entire framing of the issue — is misleading and meant to elicit a negative view of Americans like Jack Phillips.

For instance, in most — if not all — high-profile religious-liberty cases, the store owner does not “refuse” anyone “service.” This scenario is an invention of LBGT activists, regurgitated by the press and activist pollsters. Phillips refused to take orders from a couple that walked into his bakery and demanded that he create a unique product just for them with a message that conflicted with his faith. He didn’t ask them if they were gay or transgendered, and he never “refused” anyone service — in fact, he went out of his way to offer Mullins and Craig products in his shop. Phillips wouldn’t have created a cake celebrating gay marriage or a transitioning celebration — or Satan engaging in fellatio — for heterosexual couples, either. There are a bunch of stores nearby that will.

Do most Americans really believe that storeowners should be slaves to the whims of those who walk into their establishments? If PRRI asked Americans the honest question — something along the lines of, “Should devoutly religious be forced to create unique products with messages that conflict with their beliefs simply because the person demanding it is gay or transgendered?,” I suspect the “erosion” in the PRRI poll would be far more dramatic. Which is why PRRI doesn’t ask the right question.

If Colorado’s state-sponsored persecution couldn’t break Phillips, it’s unlikely the ongoing harassment he faces is going to make him surrender. But it’s also worth remembering that Phillips, whether he knows it or not, has not only been fighting to honor his faith and save his business, but also fighting for everyone who values religious liberty in America.