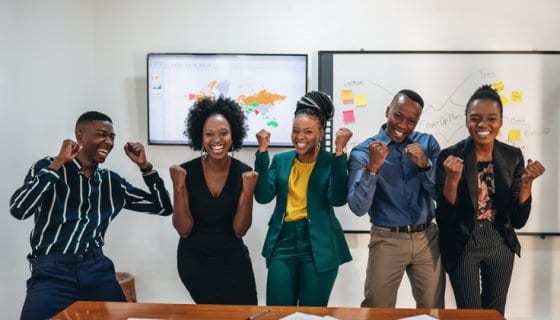 While Colorado’s CROWN Act bill is sitting on its governor’s desk to be signed, Virginia Gov. Ralph Northam stepped up to the plate.

According to CNN, on Wednesday (March 4) Northam signed House Bill 1514 into legislation, which makes Virginia the fourth state, and only Southern one, to ban natural hair discrimination. They now join California, New York and New Jersey.

This Wednesday, Virginia became the 4th state to ban natural hair discrimination. Thank you for taking a stand against #HairBias, VA!#CROWNActhttps://t.co/TTVmA9bZ6J

Northam said in a statement that the new bill “will make our Commonwealth more equitable and welcoming for all.” The bill specifically bans racial discrimination based on, “traits historically associated with race, including hair texture, hair type, and protective hairstyles such as braids, locks, and twists.”

“It’s pretty simple— if we send children home from school because their hair looks a certain way, or otherwise ban certain hairstyles associated with a particular race—that is discrimination,” Northam said. “This is not only unacceptable and wrong, it is not what we stand for in Virginia.”

WTKR News caught up with a number of African-Americans in Virginia Beach to talk about the new development to which everyone agreed it was about time.

“The CROWN Act recognizes that Virginians are diverse,” Dr. Khadijah Miller. She’s the chair of History and Interdisciplinary Studies at Norfolk State University.

Adding, “It acknowledges that hair discrimination is a micro-aggression. The CROWN Act speaks specifically to natural hair types and natural hairstyles.”

“How far we haven’t come, because I have a lot of clients coming from up north – they’ve been there,” said admits.

As we previously reported, thanks to the Oscar-winning short Hair Love, passing a CROWN Act on a local, state and federal level has catapulted into a national conversation with three more states—Colorado, Minnesota and Washington State—inching towards making these bills become actual legislation.

During his Oscar speech, Hair Love director Matthew A. Cherry used his brief time to raise awareness around the need to pass a federal CROWN Act that would make it illegal for people to be fired or suspended from school because of how they choose to wear their natural hair.

“Hair Love was done so to see more representation in animation. We wanted to normalize Black hair. There’s a very important issue out there, it’s  and we can help get this passed in all 50 states and help stories like , who’s our special guest tonight, to stop that [from happening.”

According to CNN, “at least 22 states are considering the legislation, and local jurisdictions like Cincinnati, Ohio, and Montgomery County, Maryland, have passed it too.” We just need for these state bills to passed in their senates and sent over to their prospective governors to sign into law. In the meantime, a federal CROWN Act has been introduced but has yet to be voted on in the House.

So it’s clear we have more work to do, but in the end, our hair shouldn’t be looked at as a distraction and it has nothing to do with learning in classrooms or productivity or appearances at the workplace.

Most importantly, how we choose to wear our hair shouldn’t be used against Black folks to stop us from succeeding or living out our dreams.

8-Year-Old Barred From Picture Day, Finally Gets Her Glamour Shot