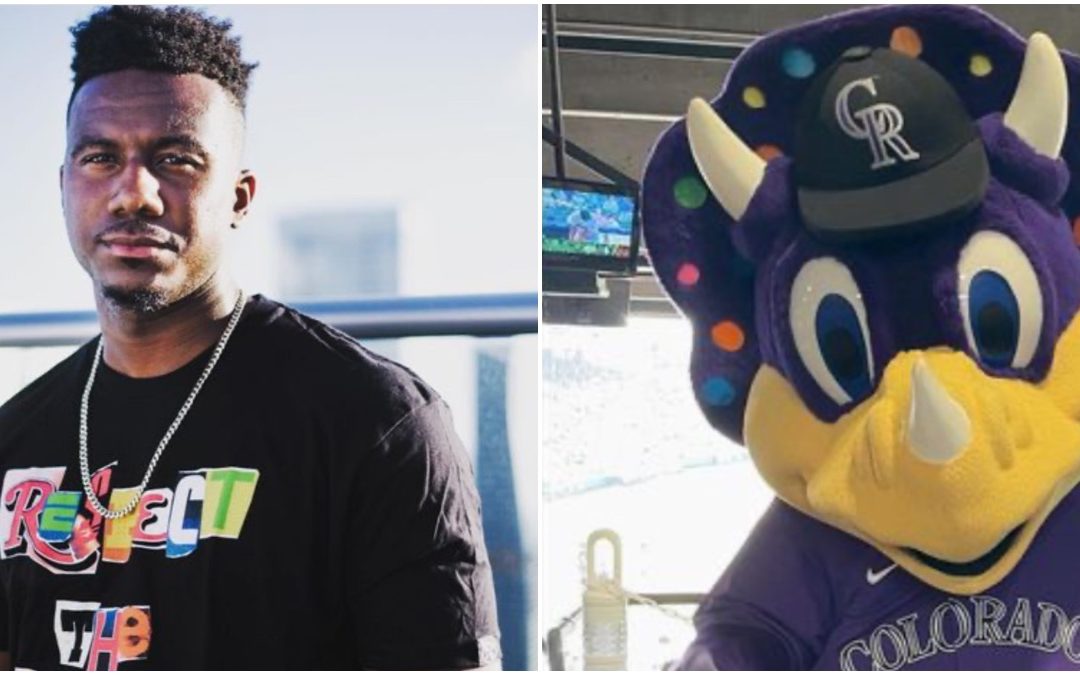 Outrage over a Colorado Rockies fan allegedly calling Miami Marlins’ outfielder Lewis Brinson the N-word has all but ceased despite the outcome of an investigation.

At the top of the ninth inning during the Aug. 8 game in Denver’s Coors Field, Brinson was at home plate when the fan, who was seated behind him, began yelling one word over and over again. Brinson thought the fan was saying the N-word, and in video clips he can be seen turning around at the plate acknowledging what was happening behind him.

At the time the Rockies condemned the fan’s alleged behavior with a post on social media saying the team was “disgusted at the racial slur by a fan” and that they “have zero tolerance for any form of racism or discrimination.” The team also said an investigation was underway and that any future fans caught doing such behaviors would be ejected and banned from Coors Field.

if you look closely he was trying to get the attention of “Dinger” the Rockies mascot. pic.twitter.com/kVB8RVByXW

But a day later the team concluded its investigation with a determination that the fan never said the N-word, instead they claim he yelling for the Rockies mascot, Dinger. “After a thorough investigation that included calls, emails and video clips from concerned fans, media and broadcast partners, the Colorado Rockies have concluded that the fan was indeed yelling for Rockie mascot Dinger in hopes of getting his attention for a photo, and there was never any racial slur that occurred.”

Despite the outcome, fans expressed their displeasure with the Rockies for taking such a strong stance before knowing all the facts — many claiming the entire incident was one big reach.

The demand for racism exceeds the supply

I’m embarrassed. I, and -we all- jumped to a conclusion yet there are those in the replies who pretend that they didn’t hear what we all thought that we heard and they called for his head too.
I broke a promise to myself that I wouldn’t do what I did.
I’ll do better.

— The Rockies are my spirit animal (@baseball__etc)

While the matter may be a thing of the past for the Rockies, Brinson on the other hand says he does not hear the fan saying Dinger.

“I’ve watched the video at least fifty times in the past fifteen, sixteen hours. Watched it a lot, especially when I heard that he [the fan] said Dinger instead of the N-word, I personally, again this is my personal opinion, I personally keep hearing the N-word,” he said during a press conference on Aug. 9.

He went on to say, “If he was yelling for the mascot I am sorry for any backlash or any attention, unnecessary attention that he’s getting right now, but that doesn’t shed, that doesn’t defer that this does happen in our game. I don’t know if a lot people know this, again personally never been called that on the baseball field or off the baseball field, but I know a lot Black players have and it’s disgusting, it needs to stop like right now. There’s no place for that in sports, there’s no place for that in life, again I don’t wanna, I just don’t wanna have that situation thrown under the rug.”

The 27 year-old notes that while he and the Rockies may disagree on what the fan was saying, it does not change the fact that the N-word should never be hurled at anyone. “I want people to know that it does happen to Black players quite often, way too often, it needs to stop.”

As a solution Brinson suggested that maybe it is time the Rockies consider a name change to something that can not be misconstrued as a racial slur. (“Dinger” is a baseball slang term for a home run. More home runs are hit in the mile-high altitude of Denver’s Coors Field than at any other Major League Baseball stadium.) He is far from alone with that thought.

Time to rename the mascot. Surprised that hasn’t happened before. 😬😳