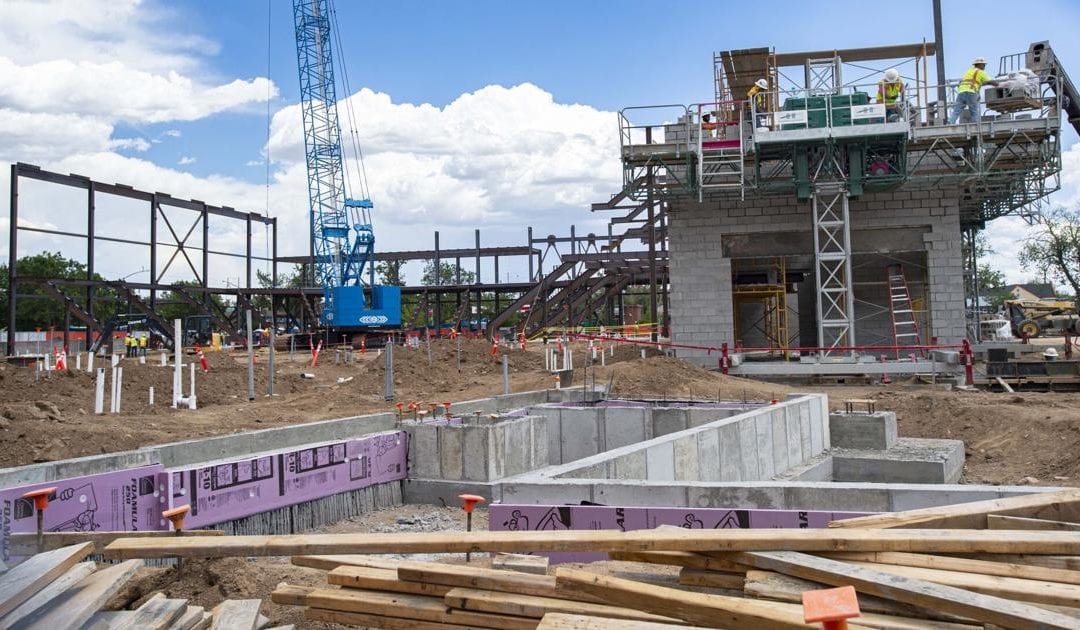 Downtown Colorado Springs has joined the billion-dollar club when it comes to new investment.

The combined value of apartments, hotels, sports venues and other projects that have been completed, started or announced for downtown stands at $1.45 billion since 2013 — a sign that developers remain bullish on the area, according to the fifth annual State of Downtown report released Thursday by the Downtown Partnership advocacy group.

“Seeing that 68% growth in investment was really incredible,” said Susan Edmondson, the Downtown Partnership’s president and CEO. “I feel like we hit a flywheel effect, where each new development creates interest for the next investment. So things were really kind of hitting a good stride.”

The bad news? The economic downturn caused by the coronavirus pandemic likely will take a bite out of the area’s momentum, Edmondson conceded. Still, downtown is better positioned to withstand those body blows than during past slowdowns, she said.

After the Great Recession, downtown had a tough time rebounding, Edmondson said, with only a couple projects on the horizon then — the development of the new U.S. Olympic and Paralympic Committee headquarters and the remodeling of the Mining Exchange office building into a boutique hotel.

The 2019 State of Downtown report, however, shows several more residential and commercial projects that already have launched construction and are expected to continue over a multiyear period, she said.

Also, unlike during the post-Great Recession years, downtown has a handful of projects that will serve as anchors for the area, Edmondson said. Those include a new multiuse stadium, an arena on the campus of Colorado Colorado and the new U.S. Olympic and Paralympic Museum.

” “Almost every project that’s in our pipeline, we have good confidence in those projects continuing,” she said. “Yes, some may be delayed in delivery or hit pause a little bit. But we really have a solid pipeline and we expect to see the vast majority of that pipeline come to fruition. … We have so many more drivers to get out of this (downturn) as the nation rebounds, not just Colorado Springs.”

The State of Downtown report is a snapshot of the area’s economics and performance indicators and serves as a resource for developers, real estate brokers, retailers and others to make better informed decisions about investing in the city’s center, the Downtown Partnership says.

Originally scheduled for release in March at a public gathering, the report was delayed by the onset of the coronavirus pandemic and instead presented virtually Thursday to members of the public who registered in advance.

According to the report, downtown highlights for 2019 included:

• Ground was broken on the 3,400-seat indoor Robson Arena at Colorado College, which will become home to the school’s hockey team, and the 8,000-seat outdoor multiuse stadium southwest of Cimarron and Sahwatch streets where the Colorado Springs Switchbacks soccer team will play. Both are scheduled to open in 2021 and will play host to events other than sports.

• Construction continued on the Olympic and Paralympic Museum, which city leaders say will be a major tourist attraction and an anchor for redevelopment of downtown’s southwest side. The museum is expected to open this summer at Sierra Madre Street and Vermijo Avenue; the pandemic stalled plans for a late May opening.

• The 168-room Hilton Garden Inn became downtown’s first newly constructed hotel in roughly 40 years when it opened at Bijou Street and Cascade Avenue. A dual-branded Marriott on South Tejon Street, the Kinship Landing on South Nevada Avenue and the Hyatt Place at Nevada and Kiowa Street are under construction.

• The 65-unit Greenway Flats apartment building opened on the Las Vegas Street campus of the Springs Rescue Mission to provide residences for the chronically homeless. Construction continued on the 27-unit Casa Mundi apartments on South Tejon, which opened in March of the this year. Construction also was underway on the 178-unit Mae apartments on South Cascade, which will open in August. In addition, nine more projects are planned that will add nearly 1,250 housing units to downtown.

• Retail vacancy rates at the end of 2019 shrank to 3.8%, down from 4.1% the year before, indicating a solid demand for space among stores, restaurants and other businesses.

• Almost 700 building permits were issued in downtown’s 80903 ZIP code with a total estimated value of $125 million; both the permit total and dollar value were up over 2018.