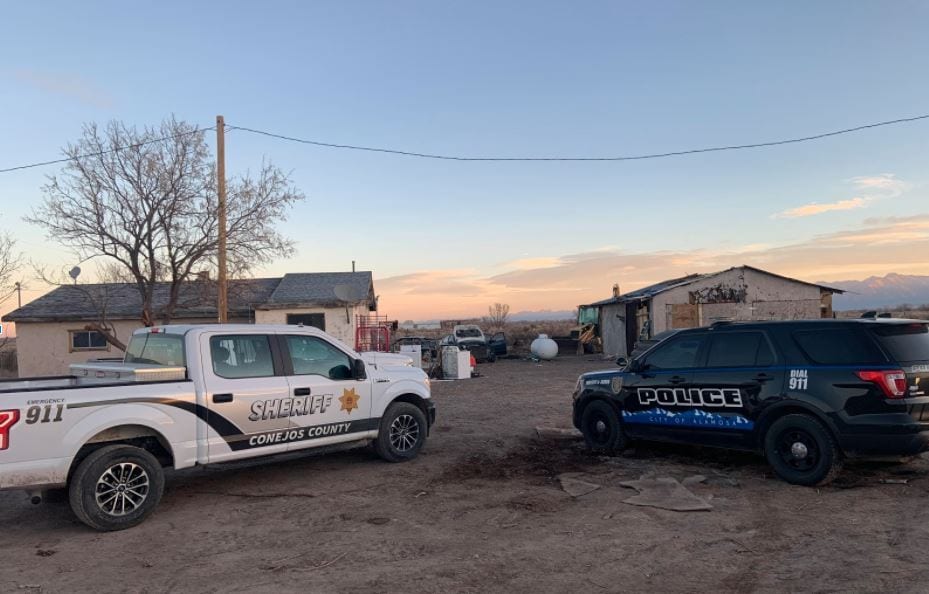 Colorado law enforcement officials are searching for a man they believe to be connected with the three human bodies discovered on a rural property in the southern part of the state last week.

Law enforcement from the San Luis Valley believes that Adre “Psycho” Baroz had something to do with the deaths of the people whose bodies they found, and have a warrant for his arrest, though, at a news conference Wednesday, they wouldn’t explain how they connected Baroz to the scene.

“He should be considered at this time armed and dangerous — he should not be contacted by the public,” Alamosa police Chief Ken Anderson said. “Our main goal is to get him off the street. So I’m asking for assistance for community members.”

Investigators have not identified the three bodies and said the identification process could take weeks because of decomposition. Police in the area have investigated several missing persons reports over the last few months, but it’s too early to tell if the bodies belong to any of those people reported missing. Police also have not identified how the people died, when they died nor the age or sexes of the bodies.

“The community of Los Sauces, the vast majority are upstanding citizens, and we don’t want this to reflect badly on that community,” Conejos County Sheriff Garth Crowther said.

Investigators would not divulge their suspected motives for the crimes and said it’s too early to tell if the deaths are the work of a serial killer.

“I think it’s a little too early to categorize that yet,” Anderson said.

Baroz, 26, has a lengthy criminal record in Colorado, including convictions for assault, escape and theft. He also had four criminal cases currently open against him for charges of obstructing government operations, assault, possession of a weapon by a felon and several drug charges, online court records show. Baroz was due in court Wednedsay for hearings in three of those cases, the records show.

Investigators said they have no reason to believe one of the bodies is that of 49-year-old Suzanne Morphew, who was reported missing May 10 after leaving her Chaffee County home on a bike ride. Unfortunately, she is not the only person missing from southern Colorado, police said.

“Ultimately there are a few families who will be told the remains are those of their loved ones, and there are many families that will be told that they’re not,” Colorado Bureau of Investigation Director John Camper said. “Either way, it’s a traumatic blow.”