INSIGHTS | Where does our nation go from here, Colorado? 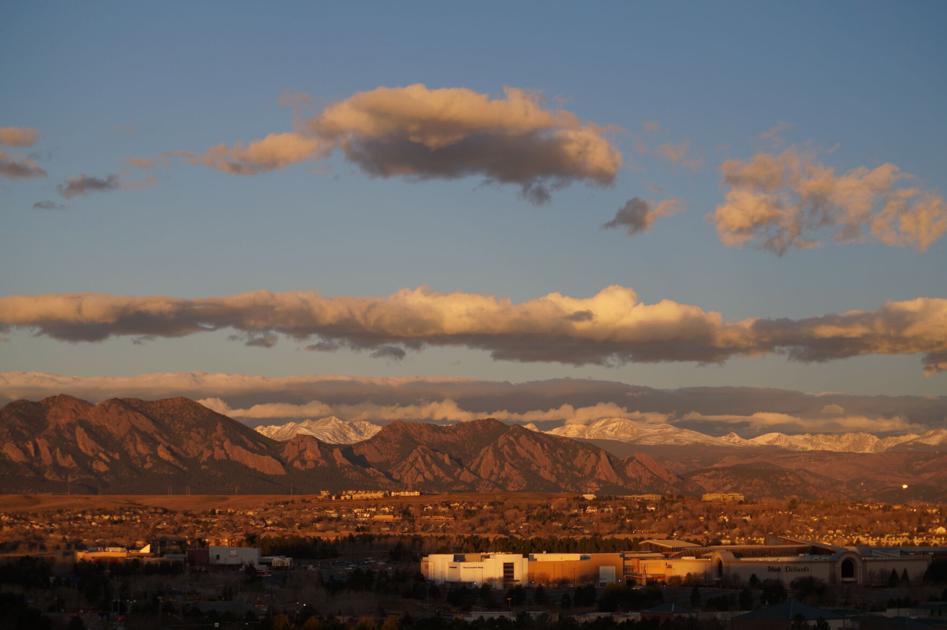 Because of the way newspapers print, the mail delivers and internet consumers consume, some of you will read this before the election and some will know what came to pass.

I have some ideas about what’s in front of us, based on what history, smart people and consistent polling tell me, in that order. Donald Trump needs his 2016 dominoes to fall again, effectively run the table, and I don’t see it. U.S. Sen. Cory Gardner goes down with the good ship and crew of the S.S. Trump.

I don’t expect widespread violence, beyond the same knuckleheads who always go downtown to break glass, regardless of the reason. I’m surprised they can remember which T-shirt to wear for which wilding.

The far right, however, has to face facts: Colorado has been moving left for a long time.

The pace just quickened the last four years. In that duration, Republicans have gone from holding half of the elected executive offices in state government to none. The GOP lost the majority in the state Senate, yielding complete control of the statehouse to the Democrats.

The majority on the state’s congressional delegation flipped left with the loss of the once-unbeatable Republican Mike Coffman two years ago. The Trump label has not been good for the brand.

Past is a prologue, wrote Shakespeare. And Democrats, like civilizations, will rise and fall. Revolution is part of an enduring democracy.

One of the few things I can remember about the 1960s was Mason Williams playing “Classical Gas” on the Smothers Brothers show. It feels like we’re moving that fast and that lightheaded again. Maybe that’s because I’m getting close to my 60s.

At the turn of the century before last, a Coke literally cost a nickel, the Rockefellers held the oil, the Carnegies had the steel and Ford was designing a rattletrap that could run off hemp, as Theodore Roosevelt signed the Newlands Act to sell federal land to irrigate the West.

That was just 35 years after the Civil War and the Colorado War, the bloodbath between Cheyenne, Arapaho and Sioux against better-armed cavalry and militia, who drove the natives north to make way for miners, the railroad and settlers.

History knows upheaval, and Trump is a disruption, not a revolution.

Twenty years ago, democracy went to court, Republican George W. Bush lost the national popular vote, like Trump, and still wound up in the White House.

I was reminded of that fact on a Zoom panel with my good friends Floyd Ciruli, Dick Wadhams and Sheila McDonald for the University of Denver on Oct. 21. One of the topics was how the media would react post-election. I recalled that night the brakes failed when I worked at CNN.

Followed by others, the network called the race for Al Gore about 8 p.m. Eastern, while people were still voting, then retracted it. In the early morning hours, they flipped it to George W. Bush, only to take that back, too, and stamp the contest undecided.

The already maligned press was cast as incapable, if not culpable, to handle the information, mainly exit polls. The narrative, then, was controlled by even less reliable sources: a rightful winner, Bush, against a sore loser, setting a tone of “rancor and bitterness,” wrote a panel of experts hired by CNN to autopsy the debacle.

“Television news organizations staged a collective drag race on the crowded highway of democracy, recklessly endangering the electoral process, the political life of the country and their own credibility, all for reasons that may be conceptually flawed and commercially questionable,” the report stated.

Perhaps that’s what was in Jena Griswold’s mind when the secretary of state tweeted on Oct. 1 that the media should not report returns on election night. After a backlash, she apologized.

She wasn’t basing it on nothing, though.

A five-week war over 25 Electoral College votes played out in Florida in 2000. On Dec. 13, the Supreme Court stopped the recount, 5-4, along partisan lines.

The court effectively awarded the race to Bush without a definitive outcome.

What did happen was a peaceful transition of power. What didn’t happen was violence.

Through it all, we were a nation still capable of standing together after 9/11. Now, I’m not so sure what we do with a rail-splitter through our democracy. That’s how America stops being America. I hope most people see that, too, and stick a sock in their hate.

Twenty years ago, the smear-based, fear-based strategy of Colorado-born Karl Rove bore fruit. Lesser players on each side have been picking from it ever since.

The paradox is it’s only a smear if it doesn’t stick.

Twenty years later they’re not tactics anymore; they’re the way both sides play the game and our nation suffers for it.

In the last debate, Joe Biden warned of a dark winter ahead against the coronavirus.

Humility is strength under control, the wisdom is to know you don’t know everything.

A nation a little less cocksure and a little more humble and faithful might serve all Americans well, come what may.