Inside the Election Battle to Bring Wolves Back to Colorado 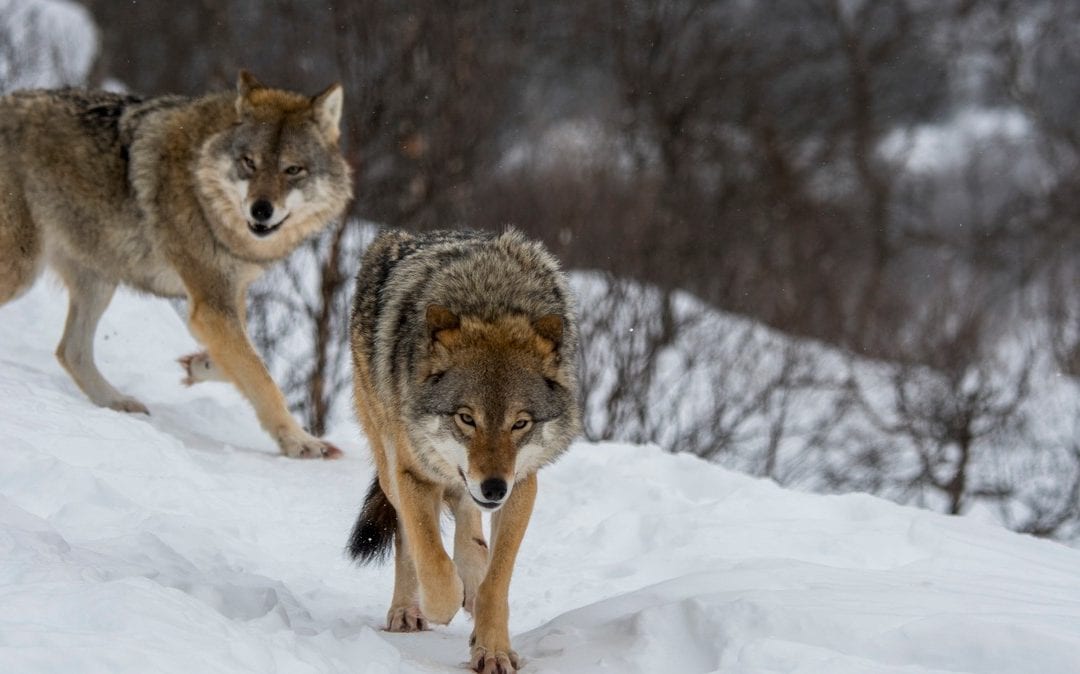 A bold question on Colorado’s ballot in November could bring justice to the once-prolific gray wolf—and inflame tensions between urban and rural residents.

Proposition 114 will let the public vote Yes or No on the reintroduction of gray wolves to Colorado after a 75-year absence from the state, thanks to the tireless work of Rob Edward, president of the Rocky Mountain Wolf Action Fund, who has been studying and advocating for reintroduction since 1994.

He said Colorado is the “missing link” for wolves to connect their habitat from the high Arctic, down the spine of the Rocky Mountains, all the way down to the borderlands of Mexico.

“This vote that we’re about to undertake is an audacious act of hope,” Edward said.

“The fact that we, as a society, could look backwards at our ancestors’ history and say that something was an egregious wrong, and we have a chance to fix it and we’re going to, is right in line with the rest of the social change that’s boiling up in society today.”

Ironically, in January, the week his question officially got on the ballot, a small pack of up to six wolves was reported in Colorado’s northwestern corner, having made their way into the state naturally. By late summer, however, Edward said three had already been killed.

While some have pointed to this sighting as evidence that a formal reintroduction is not needed, Edwards said a pack that small could not spawn a sustainable resurgence on its own.

Wolves were abundant across the United States before European colonizers started trapping, shooting, and poisoning them with impunity to protect themselves and their livestock. Colorado put a bounty on the animals in 1869, and by the mid-1940s they were virtually wiped out everywhere in the U.S. but in Minnesota and Michigan.

Free from predators, Colorado’s deer and other prey animals proliferated, altering the ecosystem by grazing heavily on plant life, and in some cases accelerating erosion. Edward said the return of an apex predator will get elk and deer moving in a more “natural” fashion, relieving pressure on plant communities in the river and streamside corridors, restoring balance, and encouraging biodiversity.

“You can draw a fairly straight line from wolves to climate change resiliency,” Edward said.

If it passes, Edward’s proposal will require Colorado to reintroduce wolves by the end of 2023.

The idea appears popular with the public; 84 percent of respondents in a 2019 Colorado State University online survey said they were in favour of reintroduction.

But opponents of the bill say it shouldn’t be up to the public.

Shawn Martini, spokesperson for Coloradans Protecting Wildlife, the group leading the campaign against Proposition 114, said this would be the first time any state has reintroduced a species via the ballot box, and will put the decision in the hands of urban populations that won’t have to deal with the fallout.

“If you talk to people on the western slope, the fairness issue there really makes them bitter in a really big way. And that just further is going to exacerbate the already significant divide that we have in the state of Colorado between the front range and the western slope, between rural communities and urban and suburban communities,” he said.

The strongest opposition comes from farmers and ranchers, who fear wolves will obliterate their livestock. While numbers in other states show less than 1 percent of livestock fall prey to wolves, Martini said the real numbers are likely much higher. Proposition 114 includes compensation for animals lost to wolves, but Martini said it doesn’t go far enough.

“It’s really inappropriate to, through the ballot box at least, just airdrop wolves all over the state of Colorado when you’re dealing with that kind of a population.”

Martini also worries about conflict between wolves and humans, noting Colorado has a dense population with ski resorts, highways, mines, and housing developments in the mountains. And hunters worry wolves will cut into their game, bringing elk, moose, and deer numbers down.

Edward has tried achieving reintroduction through other channels. He was on a Colorado Parks and Wildlife working group in the 2000s that, in his view, ultimately caved to agricultural interests. Unable to get the attention of the federal government, he set off collecting more than 139,000 signatures, beating the threshold to get it on the state ballot by more than 15,000.

“We figured the last best hope was to employ direct democracy and give the people of Colorado the last say,” he said.

Since wolves were reintroduced to Yellowstone National Park in 1995, the park has seen a resurgence of aspen and willow, and with it, songbirds and beavers—though it’s debatable how much of that can be attributed to wolves. Since then, wolves have spread to Washington, Oregon, and Northern California, growing their numbers to about 2,000 across those states.

Leading wolf researcher David L. Mech, a senior research scientist for the U.S. Geological Survey, wrote in a 2017 study that wolves are not easy to control once a population has been established. He noted that as wolf populations increase, they inch closer to suburbs and cities, sometimes becoming habituated to humans and attacking domestic dogs.

He wrote that wolves “tend to promote rural-urban polarization and civil unrest.”

In an extreme case in France five years ago, a group of about 50 shepherds incensed by wolf depredations kidnapped the president of the National Park of Vanoise, as well as its director, to demand the killing of five wolves in the park.

But Rebecca Niemiec, an assistant professor in the human dimensions of natural resources department at the University of Colorado, said U.S. views on wildlife have shifted over the last several decades, moving from “domination values,” or a belief that wild animals should exist for human benefit, to a “mutualism values,” or the belief that we should coexist. Wildlife agencies have not changed their policies to reflect this, however, as they are often funded through hunting and fishing licenses and therefore inclined to favour domination values.

“We’re starting to see those individuals with more mutualism values trying to be heard in decision making about wildlife management, and so that’s how we end up with things like ballot initiatives,” Niemiec said.

Niemiec co-founded the Centre for Human Carnivore Coexistence with its director Kevin Crooks, with the aim of studying reintroduction and educating the public. Their work has shown that wolves can contribute to a balanced ecosystem, but the overall ecological impact of reintroduction is complicated and hard to predict.

“There’s a lot of data out there saying that Colorado can support a wolf population,” Niemiec said. “It’s really kind of a value-based question: does the Colorado public value wolves?”