Inside Colorado’s Epic Battle Over a Popular Gun Safety Law 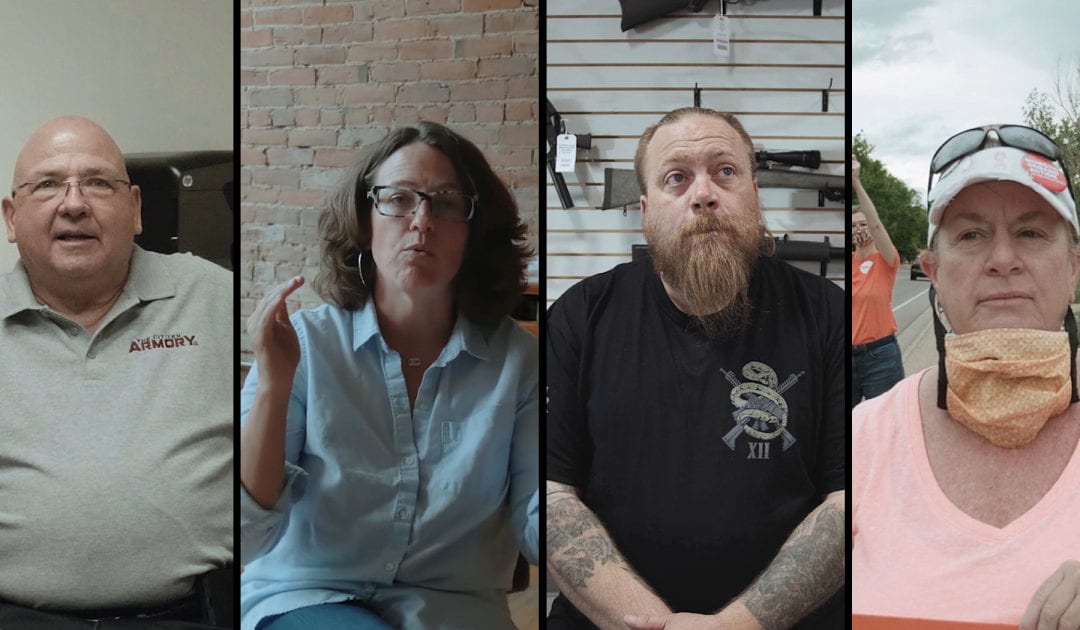 When ex–Trump campaign manager Brad Parscale was tackled, detained, and hospitalized late last month after his wife alleged he was violent and trying to hurt himself, Fort Lauderdale police confiscated 10 firearms from his home. Candice Parscale later said that her husband “was not violent towards me that day or any day prior,” but police began a legal process to try to keep those guns away from Pascale for a longer time under Florida’s “red flag” law, enacted after the 2018 mass shooting at Marjory Stoneman Douglas High School in Parkland. Red flag laws like Florida’s (sometimes called “extreme risk protection orders” or “gun violence restraining orders”) give authorities varying abilities to temporarily seize guns from someone deemed to be an immediate threat to themselves or others, as reported by family members (or in some states, others). Nineteen states and the District of Columbia have adopted such laws, , with many more proposed—but not without fierce opposition from gun rights groups, county supervisors, and local sheriffs’ departments.

One such battleground is Colorado, which became the 17th state to enact a red flag law this year, after voters elected Democratic majorities to both houses of the state legislature. The law has been used 73 times in its first seven months, but opposition has been swift: In the aftermath, nearly half of the state’s counties have declared themselves “Second Amendment sanctuaries” and passed local ordinances or other rules that buck the state law. The fight is now intensifying in Colorado’s race for the US Senate. In Sanctuary, the latest short film in our series of election-year documentaries about gun control, produced by Chicken & Egg Pictures,​ director Brett Storyfollows a handful of Coloradans with sharply differing perspectives on the controversial issue, including a state legislator and domestic abuse survivor, a member of a local militia, and a Colorado county sheriff.

That sheriff, Weld County’s Steve Reams, has become a torch bearer for a “resistance” movement against the law, a CNN crew in April that he’d rather be a prisoner in his own lockup than abide by something he views as unconstitutional. His county’s board of commissioners passed a resolution to declare itself a “Second Amendment sanctuary county” . “There’s just a lot of places in the law where it can be misused or abused in a way that could absolutely negatively impact someone,” he says in the film. “The list of what qualifies as a household member is pretty broad. So broad that I’ve had an inmate in my jail attempt to file a red flag petition against me three times in the last, probably six months.”

“We’ve been way too quiet for way too long when it comes to standing up for domestic violence survivors.”

But state Rep. Daneya Esgar, serving Pueblo County, argues that the law is essential to preventing the escalation of domestic violence. “We’ve been way too quiet for way too long when it comes to standing up for domestic violence survivors,” she says in the film. “And giving them a tool to keep them safe is absolutely something we need to talk about.”

The film also shows Sandy Anderson, an organizer with the gun control advocacy group Moms Demand Action, taking her message to the streets to elicit support in the form of honks from passing cars. “As a mother of adult biracial men who are seen by society as Black men and who are constantly, from the time they were little boys, targeted, I just couldn’t stand by and not do anything,” she says. “I do it for my kids. I do it for my nieces and nephews. I do it for my new granddaughter who will have to face this.”

As these individuals respond to the culture war erupting over this issue in their state, ​Sanctuary​ offers a timely meditation on the meaning of safety in the United States today, in a state that is haunted by its own tragic share of mass shootings, from Columbine to Aurora and beyond.

Sanctuary is the newest addition to our library of investigative reporting on the gun violence epidemic. You can also check out our previous short documentary film in this series produced by Chicken & Egg Pictures, called , directed by Angela Tucker and Kristi Jacobson. It’s a profile of Satana Deberry, the progressive district attorney of Durham County, North Carolina. Her election made history, but now she’s grappling with what it means to run a law enforcement system that locks up people who look like her. More recently, Mother Jones published ​, a documentary that follows a father and two of his sons as they embark on a deer hunting trip in rural Tennessee, a deeply held family tradition that connects the Neal family to the beauty of the land, the tradition of hunting, and what it means to be both a hunter and gun owner in 2020. When a mid-hunt conversation between them turns to the Second Amendment, the trip becomes an opportunity for Peabody-nominated filmmaker Nancy Schwartzman to train her lens on how one of America’s most fraught cultural battles, gun control, plays out in a single family.

Brett Story is a filmmaker and writer based in Toronto. Her films have screened internationally at festivals such as CPH-DOX, the Viennale, SXSW, True/False, and Sheffield Doc/Fest. Her 2016 feature documentary, ​The Prison in Twelve Landscapes,​ was nominated for a Canadian Screen Award, and her most recent feature documentary, ​The Hottest August​, continues to screen around the world. She is an assistant professor in the School of Image Arts at Ryerson University.