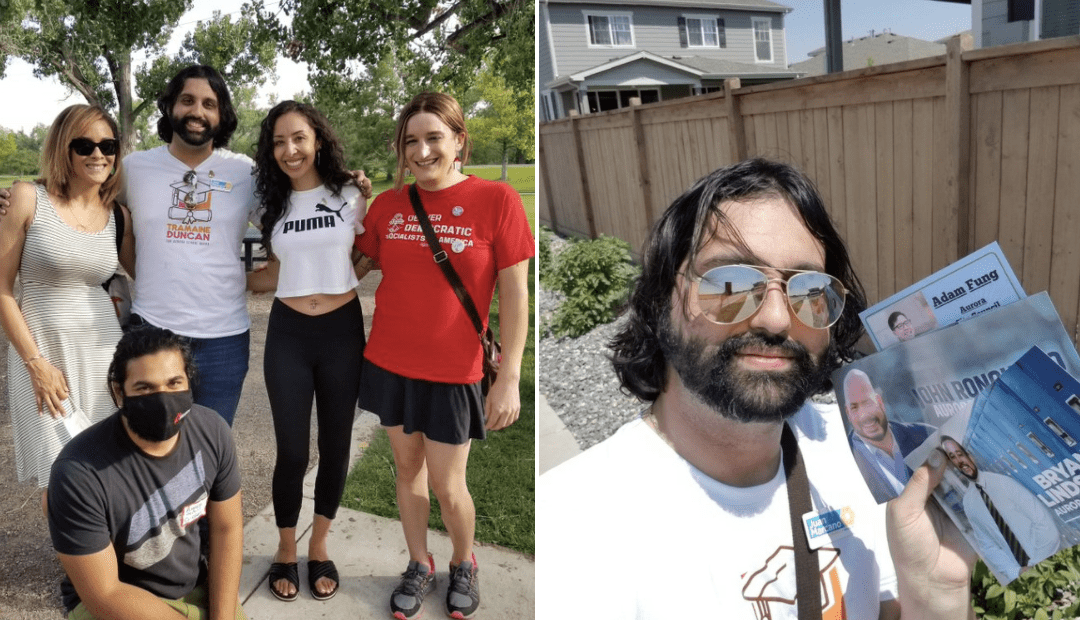 Insane hyperbole from the left isn’t anything unusual, but it is increasingly showing up among local elected officials in communities across the country.

Case and point: this week in Aurora a city councilman accused his Republican colleagues of belonging to a “sadistic death cult”… because they opposed the creation of a new climate committee.

You read that correctly.

The Aurora City Council rejected the creation of a new climate committee in August that would have given the body broad new powers to review virtually any ordinance in the city.

After the failed August vote Council Member Juan Marcano wrote on Facebook that his colleagues who opposed the creation of the committee belonged to a “sadistic death cult,” a comment that was liked by fellow leftist Alison Coombs.

Coombs proceeded to tweak her proposal and put it up for consideration by the City Council again earlier this week.

As Monday’s meeting drew to a close Aurora Council Member Curtis Gardner explained he had little appetite to support the creation of the revised proposal, especially in light of Marcano’s vile attack.

“It was insulting and it was rude,” she said. “It was beyond comprehension really to have an elected official put that out there.”

At that point, Marcano absolutely lost it.

“I do believe, honest to God, that the Republican Party is a sadistic death cult. It is the most dangerous organization that has ever existed on this planet,” he exclaimed.

A dose of “radical candor” from @Marcano4Aurora “I do believe that, honest to God, that the Republican cult, party, is a sadistic death cult… it is the most dangerous organization that has ever existed on this planet.”

No, in Marcano’s mind the greatest threat humanity as ever faced comes from Republicans.

This is hardly the first time Marcano has invoked that bizarre imagery, although the Aurora Bernie Bro has also used “death cult” to describe all capitalism.

Our economic system should serve people, not the other way around.

Sadly we have too many “leaders” who are members of a death cult that worship at the altar of capital and see working people as disposable. Blood for the blood god. Skulls for the skull throne. #CapitalismKills

This all would be much more humorous if Marcano wasn’t actively campaigning for several like-minded candidates to buttress support for his socialist agenda on Aurora’s City Council.

Had a great day canvassing for @Bryan4Aurora @John4Aurora @FungForAurora and wrapped it up at a @DSAdenver gathering. I’m always recharged after getting folks excited for a progressive Aurora and breaking bread with amazing folks from all over the metro. pic.twitter.com/LOqNh3hnt7

In case anyone needed a reminder, the Bryan Lindstrom tagged in that tweet is the same individual who pledged to keep critical race theory in Aurora classrooms.

The real question now is whether the media will actually ask these candidates whether they subscribe to Marcano’s brand of radicalism, and especially whether they too see Aurora Republicans as “death cultists.”

If a Republican official said they believed their Democrat neighbors and colleagues belonged to a “death cult” you better believe every single candidate associated with that individual would be asked about it.

Election day is barely a month away and ballots will be hitting mailboxes soon. Let’s see if the media bothers to actually do their job.