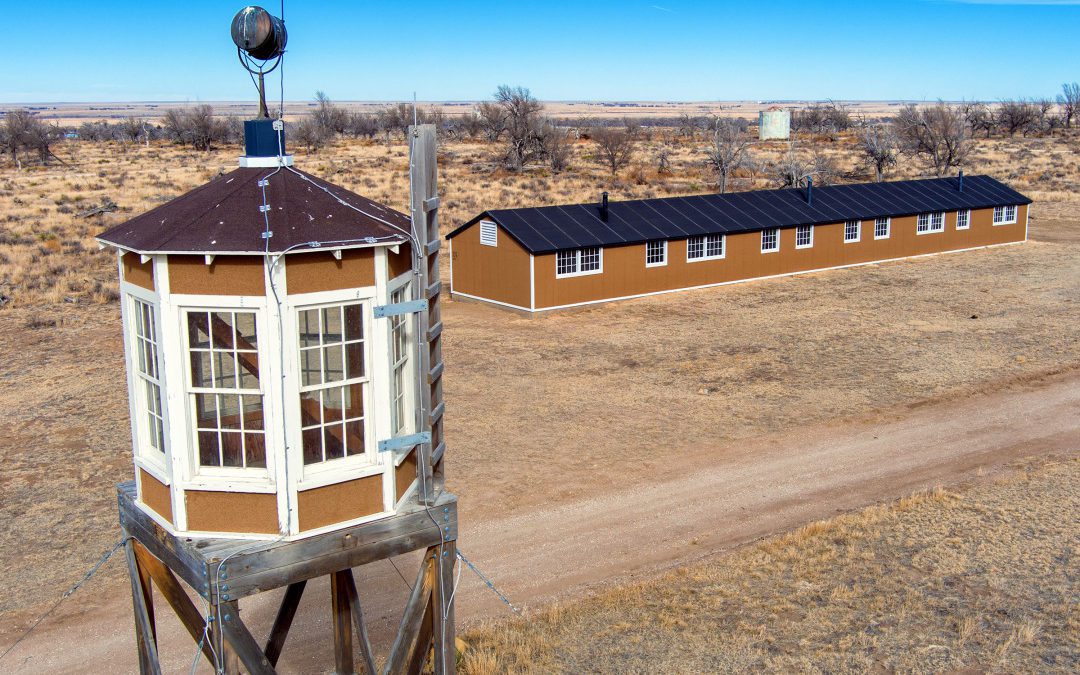 The recently stalled push to bring the Amache incarceration camp into the National Park system got an energy boost Wednesday through a bipartisan bill to designate the square-mile on Colorado’s southeastern plains, where more than 7,000 Japanese Americans were held during World War II, a National Historic Site.

The bill, sponsored by U.S. Reps. Joe Neguse and Ken Buck, would fast-track a plodding federal process that began in 2019 and then encountered COVID-related delays — particularly in the public-comment phase, which had to move to virtual testimony — that set it back at least a year.

The delays in the study that would precede any recommendation to put the site under federal management converged with the recent spate of anti-Asian violence across the country to lend a greater urgency to the congressional effort.

“The recent surge in anti-Asian hate crimes and discrimination is deeply troubling,” Neguse, a Democrat from Lafayette, said in a statement announcing the bill. “As we work to address it, it’s critical we remember our nation’s history, so we may honor, educate and heal. The unjustifiable internment of Japanese Americans is no doubt one of the darkest scars in our country’s history.”

The proposed legislation “will provide education for future generations, as well as healing and honor to those that lived it,” he added. “It is our hope that preservation of this site will provide reconciliation for our communities and for the nation.”

Under the new legislation, mapping, acquisition of the site, currently owned by the town of Granada, and planning could begin soon after its passage. Neguse, who chairs the Subcommittee on National Parks, Forests and Public Lands, plans to bring the bill up for consideration next week. Co-sponsor Buck, a Windsor Republican, represents the region where the camp once held the internees — most of them American citizens — within a fenced perimeter closely watched from a guard tower.

“The nation is better today because of the lessons we have learned from our past,” Buck said in a statement. “Preserving Amache serves as one of those hard lessons for the people of Eastern Colorado and the rest of our nation.”

The first person scheduled to testify at the congressional hearing is Bob Fuchigami, a Colorado resident who spent part of his youth at Amache — originally called the Granada Relocation Center — and fully supports the camp’s designation as a National Historic Site.

“The time is not only right,” he said. “It is long overdue.”

Additionally, many survivors of the camp — one of 10 built hastily on inland sites and operated from 1942 to 1945 — have died or now are in their 90s.

Derek Okubo’s father was transported to Amache and, after the camp closed, stayed in Colorado rather than return to California. His mother lived in the Minidoka incarceration camp in Idaho. For years, Okubo has worked with the umbrella organization, Friends of Amache, to help restore and maintain the memory of a tragic time.

Now, finally, he sees the renewed effort in Congress as part of a national inflection point on race.

“This country is finally going through a racial reckoning,” he said. “In 1942, this was all entirely based on race, and the xenophobia illustrates what can happen when we allow things to go in that direction. And we have to have constant reminders that this can happen in order for us to keep from going there again.”

His father died in 2002, but his mom, 90, is still alive. Both have fully supported keeping the memory of the camps alive through federal management.

“My mom was on a panel on the camps probably three or four years ago, and she was asked, ‘Can this happen again?’ And she said, ‘Absolutely.’ That’s just how easily we can regress, if we don’t keep working at it, reminding ourselves.”

The power of place

Tracy Coppola, Colorado program manager for the National Parks Conservation Association, noted that the hate directed at the Asian community in recent months has reinforced reflection on the meaning associated with national parks.

“We’re looking at our sites,” she said, “and we are going into the 21st century looking at justice, equity, diversity and inclusion as not just amazing words but really putting some teeth behind the words. And we can create a site like Amache where people feel the power of place, and descendants and survivors go to these pilgrimages because they feel that power of place. It’s a very emotional experience to be standing in the foundation of where their family was kept, and held prisoner.

“We’re hoping that this bill and the effort even beyond that really moves us forward to having a fuller representation of America,” she added. “There are other sites that do that, but I think the more we can have, and celebrate and honor these types of sites and the voices that are leading it, the better off we are.”

As fewer and fewer survivors of the camps remain, Coppola said, moving forward with the historic designation answers “sort of an echo of the older community that has been waiting and waiting for something to happen. And we welcome any injection of energy and hope that Congress can bring.”

For decades, the site has been slowly restored and managed through the energy and perseverance of the Amache Preservation Society, a largely student-powered organization through Granada High School founded and led by teacher and administrator John Hopper.

He told his class about the introduction of the new bill shortly after he got the word Wednesday morning.

“I let the cat out of the bag just before they left for lunch,” he said. “Their reaction was like mine — surprised. You kind of need some good news eventually. We got COVID going on and you look for some good news for a change. And here’s some good news.”

It arrives at a particularly busy time for the APS. With spring weather settling in, more tour groups and busloads of students arrive to visit the grounds, where some structures have been rebuilt on their original foundations. Granada students serve as guides.

The annual pilgrimage by original internees and families will be virtual this year, and Hopper has been busy preparing the site for a video crew that will pre-record material for a three-day event to air in June. Recently, he purchased a chainsaw so he can take down some dead trees and students can haul them away.

He’s got five 20-foot flagpoles taking up space in his classroom, waiting to be installed around a kiosk that pays tribute to the men and women from Amache who volunteered for the armed services during the war. The U.S., Colorado and military flags eventually will fly atop the poles, while nearly a thousand names will be visible behind protective glass on the kiosk — reminders that Amache, while the smallest of the 10 camps, produced the highest proportion of volunteers.

Hopper hired a paver to install an 86-foot concrete walking path around the kiosk. The APS relies on donations from both foundations and individuals to fund the constant maintenance and improvements. He said he needs to have the site cleaned up and ready for the video crew by May 1.

“When it’s a full National Park Service site, that will mean more help when it comes to labor and machinery, all the heavy lifting,” he said. “The upkeep alone, the amount of time, effort and money expended on upkeep, from our standpoint, is substantial.”

There’s also a museum in town that will remain a project of the APS through a working agreement with the National Park Service, he added.

Coppola acknowledged the tremendous work Hopper, the APS and other groups have done to revive the Amache site and gradually enhance it. Becoming a unit of the National Park Service would continue and expand on that work with more plentiful resources and ensure its protection in perpetuity. Federal management can provide expert interpreters and researchers.

“Relying on John and a few other amazing groups to do that work is just not sustainable,” she said. “And it’s not really fair to the site, and the survivor and the descendant community. There’s specific momentum now, and we don’t want to lose that.

“People have been waiting for this their whole lives.”