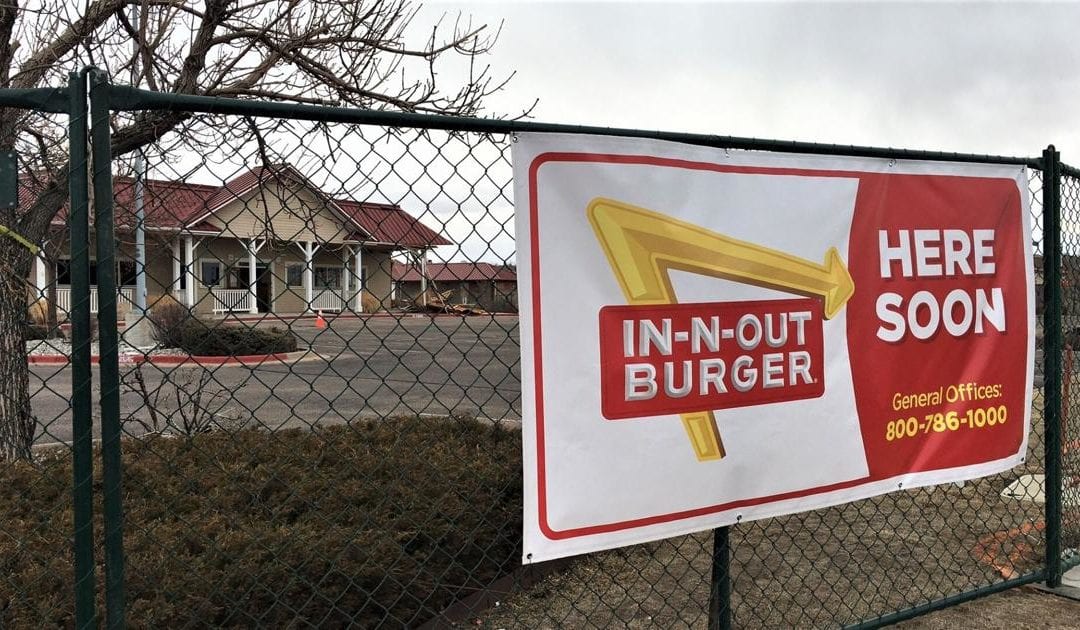 In-N-Out Burger is moving ahead with a second Colorado Springs location that’s expected to open this year.

The California-based chain has started to tear down a former Outback Steakhouse, near Powers Boulevard and Constitution Avenue on the east side, where it will build its second area restaurant. An “In-N-Out Burger Here Soon” banner has been hung on a chain link fence that surrounds the site.

In-N-Out officials couldn’t be reached for comment Friday on when demolition will be completed and when construction of the new restaurant will begin. They’ve said in the past that a restaurant typically opens five to six months after construction starts.

In July, In-N-Out submitted plans to city government officials that showed construction of a 3,879-square-foot restaurant on the former Outback Steakhouse site, which is part of the First & Main Town Center shopping complex.

Those plans also said the restaurant — with indoor seating, a patio, drive-thru and onsite parking — would open in 2021.

The ground lease provides options for In-N-Out to renew the deal for a half-dozen five-year terms or another 30 years.

In-N-Out opened its first Colorado Springs restaurant and first in the state Nov. 20 at the Victory Ridge development on the city’s far north side.

Thousands of customers descended on the restaurant and waited for hours in long lines to partake of In-N-Out’s burgers, fries and shakes, which have gained a cult-like following over the more than 70-year lifespan of the fast-food chain.

In-N-Out’s expansion to Colorado was announced in November 2017; as part of that growth plan, the chain built a production and distribution facility in Victory Ridge that will serve its restaurants in Colorado and possibly adjoining states.

In-N-Out also has opened restaurants in Aurora and Lone Tree, and plans locations in Castle Rock, Denver, Lakewood and Thornton.