In Historic Vote, Colorado Has Officially Decided to Reintroduce Wolves to the State 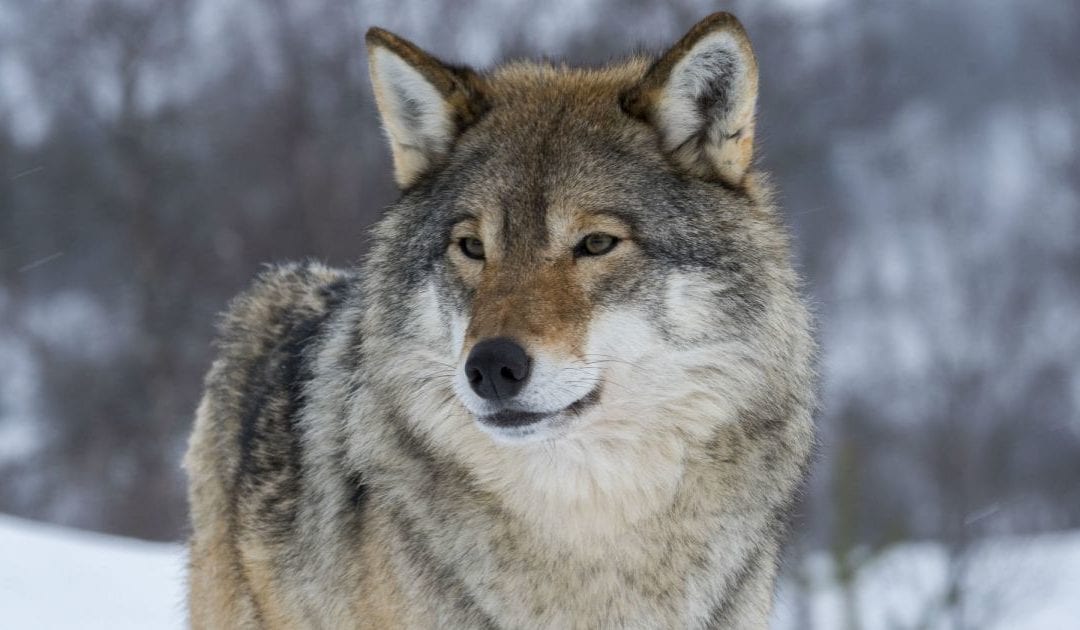 While it may have sounded like good news, it was alarming for wolf advocates: In late October, the Trump administration announced the “successful recovery of the gray wolf,” and in doing so formally delisted the species in the lower 48 states from the Endangered Species Act. Environmental activists called the action “premature and reckless,” “political theater,” and “illegal,” arguing the wolf hasn’t fully recovered in all regions.

But now, environmentalists have a reason to celebrate: On Tuesday, after weeks of vote-counting and certification, nearly 51 percent of Coloradans officially passed Proposition 114. The first-of-its-kind measure instructs the Colorado Parks and Wildlife Commission to develop a plan to reintroduce gray wolves in the state by the end of 2023. (It was such a close race that several major outlets hadn’t called the vote even weeks after the 2020 election.) While wolves have been re-established in areas including, most famously, Yellowstone National Park, this is the first time a reintroduction plan has been mandated by voters, not the government.

Gray wolves, according to the Colorado Parks and Wildlife Commission, once roamed across much of North America. But as settlers moved West, hunters wiped out their primary food source—bison and elk, for example—and wolves “naturally turned to a new food resource in the developing frontier: livestock.” Wolves were then considered pests and were “systematically eradicated” in Colorado and elsewhere “by shooting, trapping and poisoning,” according to the commission. By the 1940s, gray wolf populations in Colorado had been wiped out.

Proponents of reintroducing wolves argue that doing so will “restore the balance of nature,” which has long been a popular idea among voters.As biologist Ethan Linck wrote for High Country News in March:

According to a recent poll of 900 demographically representative likely voters, two-thirds supported “restoring wolves in Colorado,” echoing similar polls over the past 25 years. Yet state wildlife officials have been reluctant to comply, wary of the toxic politics surrounding reintroduction in the Northern Rockies.

In response, activists seized an unprecedented strategy. A coalition of nonprofit groups in Colorado, led by the recently formed Rocky Mountain Wolf Project, spent 2019 tirelessly gathering support to pose the question to voters directly through a 2020 ballot initiative. They succeeded, delivering more than 200,000 signatures to the Colorado secretary of State. Initiative 107 was officially ratified in January and will be voted on this November.

Beyond wildlife officials concerned about “toxic politics,” opponents of Proposition 114 and wolf reintroduction broadly say that as populations in other states recover, gray wolf sightings in Colorado indicate the animals are migrating to the state on their own; they also argue that major conservation decisions should be left to wildlife officials, not voters. “Wolf reintroduction may or may not be a good Colorado. But we think that’s for the experts to decide,” the Grand Junction Daily Sentinel wrote in a June editorial opposing the proposition. “Other states have made that determination based on the judgment of federal and state wildlife managers. Why should Colorado be any different?”

Still, wolf advocates say the species is far from recovered in Colorado and see their fight as a necessary, if imperfect step to getting there. “We’re not excluding experts, we’re simply telling them, get it done!” Rocky Mountain Wolf Action Fund president Rob Edward told Linck in March. “Figure it out! Don’t keep machinating about it for another five decades. Get it done!” Now, it seems, they have no choice but to listen.

Barring any legal challenges, the Trump administration rule will go into effect on January 4. And without a reversal by President-elect Joe Biden’s administration, protecting the species will largely be left to the states. For Colorado especially, that task just became even more urgent.