In Colorado, you can be sentenced to life in prison for a murder you didn’t commit. Lawmakers want to change that. 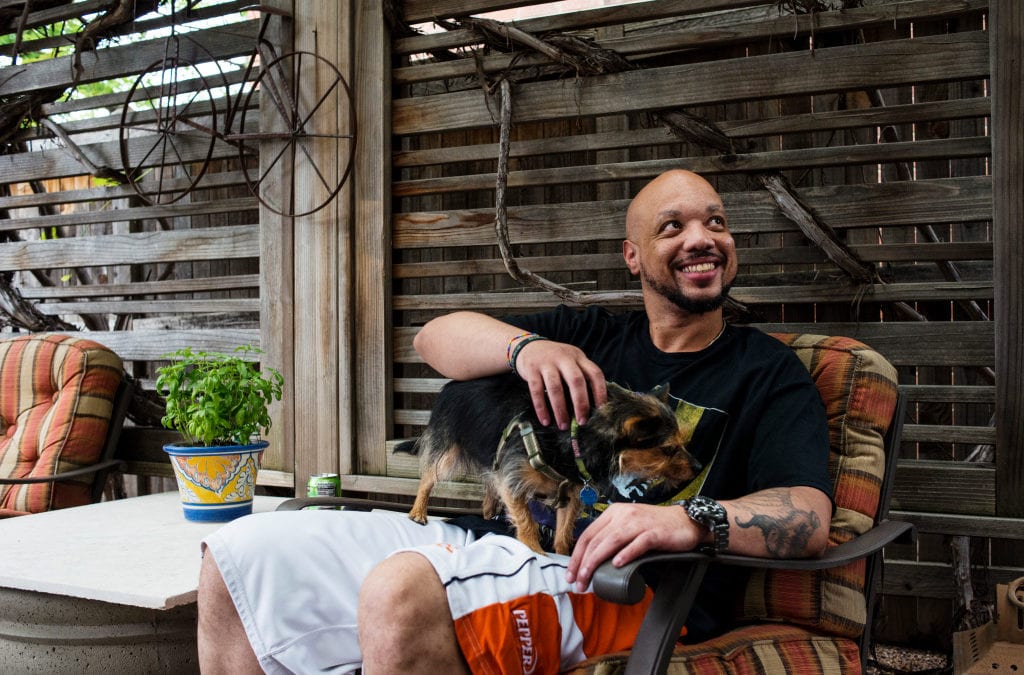 Under state law in Colorado, a person can be convicted of murder and automatically sentenced to die in prison without having killed anyone.

Prosecutors wield the felony murder charge in a variety of cases in which someone dies during the commission of a crime. It can be used against a getaway driver whose passenger decided to shoot and kill someone, or a teen who walked in on his friend strangling a woman.

It’s been used against a woman whose burglary accomplices shot and killed a police officer after she already had been arrested and a teenager who watched while his carjacking accomplice stabbed their victim to death.

All were sentenced to life in prison without the possibility parole — the same sentence for any first-degree murder conviction.

But a bill introduced in the Colorado legislature would reduce the penalty for felony murder from an automatic sentence of life without parole to between 16 and 48 years in prison.

The current law states that a person can be charged with felony murder if someone dies during the commission of felony arson, robbery, burglary, kidnapping, escape or sexual assault. It doesn’t matter if the person charged killed the victim themselves or even intended for someone to die during the crime.

“Fundamentally, when you have provisions as onerous as felony murder, they are really inconsistent with our American system of justice,” Sen. Pete Lee, D-Colorado Springs, said of the bill he is sponsoring. “We believe people should be sentenced and punished based on what they did.”

Consider the case of Curtis Brooks. He was sentenced to life without parole for his part in a robbery turned fatal shooting when he was 15 years old. He was homeless in Denver after his mom kicked him out and met three other teens.

That same day they met in 1995, the teens decided to steal a car and approached 24-year-old Christopher Ramos as he walked to his vehicle in Aurora. One of the other teens shot and killed Ramos. But Brooks was sentenced to life without parole as if he pulled the trigger, though he had no intention of killing Ramos.

“It’s kind of a blanket that gets draped over anyone who could fit under it,” said Brooks, who was released from prison in 2019 after being granted clemency. “It says if you meet certain criteria, you’re done, you’re going to prison for life.”

The mandatory sentence of life without parole under the felony murder law doesn’t allow for judges to consider individual facts of cases or persons, Brooks said. He testified in support of the bill Thursday from his home in Maryland.

As a teenager, Brooks said he had no idea that he could face life in prison for a robbery gone wrong, even if he didn’t personally kill anyone or intend to do so. Even if he had, he doubts it would have changed his actions that day — he had no idea someone would die.

“As a kid do you know you could get in trouble?” he said. “Yes. Do you sit down and think about aggravated robbery and sentencing? That never would’ve gone through my head.”

Colorado’s 22 district attorneys are split on the bill, with some opposing and some supporting.

Eighteenth Judicial District Attorney John Kellner opposed the bill, stating it is important to be able to sentence people to life in prison for participating in crimes they should have known carried a high risk of killing someone.

“Felony murder criminalizes some of the most dangerous conduct in society,” he said.

The law can be used not only to prosecute accomplices but also the principal killer in a case, said Kellner, who has prosecuted felony murder cases.

He pointed to a case in which a man was charged and convicted of felony murder for shooting and killing 33-year-old Patrick Murphy during a robbery before dumping Murphy’s body in an Englewood pond. The killer, Mikhail Purpera, also was convicted of first-degree murder with extreme indifference — a different type of murder charge.

Data compiled by legislative research staff shows 42 people were convicted of felony murder in Colorado courts from July 2017 through June 2020.

Research staff also found that the bill, if enacted, would save the state money because people would be imprisoned for less time. The analysts couldn’t determine an exact savings amount because they don’t know how much it will cost to incarcerate someone in 2037, when those savings would begin. It costs the state about $46,738 a year to house a prisoner now.

This year’s bill is at least the third attempt to change the law in Colorado. The 2021 bill’s Democratic sponsors — Lee and Rep. Mike Weissman of Aurora — introduced a similar bill in 2020, but it wasn’t pursued after the COVID-19 pandemic began, shuffling legislative priorities. Another bill was introduced in 2017 but failed.

The 2021 bill passed its first hurdle Thursday when the Senate Judiciary Committee approved it.

Other states with felony murder statutes have in recent years begun to reform them. California in 2018 scaled back its law so that only people who actively participated in a killing or intended to kill could face felony murder charges. Other states — Michigan, Kentucky, Massachusetts and Hawaii — have abolished the law completely, either through the courts or state legislature.

“Felony murder arose out of those periods of time when execution wasn’t viewed as such an outlier of punishment, it was used for lots and lots of offenses,” Lee said. “I like to think that we’ve moved past that.”

In another case, Josh Rosales was sentenced to life without parole at age 21 in Denver for driving a car to a robbery during which his accomplice shot and killed someone. Rosales didn’t know his accomplice was going to kill anyone that day in 2005, said Lindsay Saunders-Velez, senior executive director of the Colorado Justice Advocacy Network who is helping Rosales apply for clemency.

“He didn’t pull that trigger, but he’s still in prison,” said Saunders-Velez, who supports the bill.

Rosales submitted written testimony to the legislature in support of the bill, even though it will not affect his case since the sentencing change, if made law, would not apply retroactively.

“There should be no way that a man who did not commit murder and a serial killer who planned to murder several people get the same sentence,” he wrote.

Since his 2019 release, Brooks has worked as a COVID-19 contact tracer and is engaged to be married this summer. But he still carries the burden of knowing he was part of a horrendous crime.

“Even though I didn’t pull the trigger, I do carry with me the guilt of Christopher Ramos’s death,” Brooks said.