In Colorado, where climate matters, Hickenlooper is favored to unseat Gardner 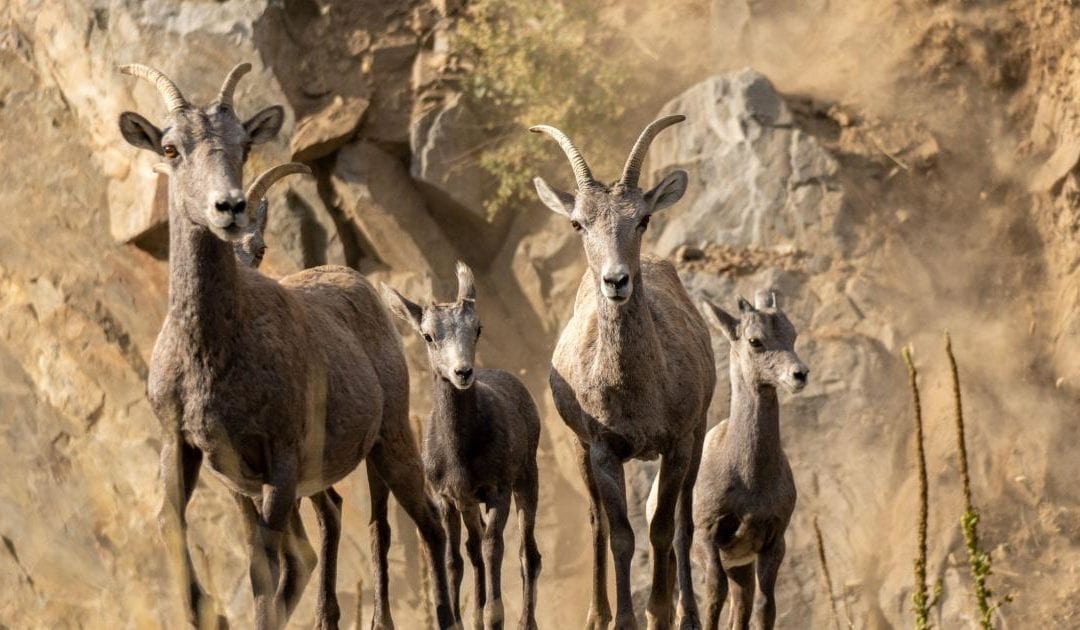 Hickenlooper’s success might seem surprising in a political ecosystem where more than half of adults say Congress and the president should make global warming a high priority, and 69% consider themselves conservationists. But the former Colorado governor, sometimes called “Frackenlooper” by progressives because of his ties to the energy industry, has green-group support over Gardner in what’s been among the most hotly contested congressional races of 2020.

The wildfires across the West might be playing a role in giving Hickenlooper an edge. Polling among registered voters in Colorado done Sept. 11-15 for the Environmental Defense Action by Morning Consult shows that nearly three quarters say they are more concerned about the impacts of climate change in light of recent weather events like wildfires. Two-thirds say they are more likely to vote for a U.S. Senate candidate who backs aggressive climate action.

“People in Colorado understand that climate change is a serious threat to our health and our economy,” EDF Action’s Dan Grossman said. “I hope the results send a message to any politician who still doesn’t realize the urgency of the climate crisis.”

What happens in the Colorado race, and nearly a dozen other close races across the nation, is crucial to advancing any national climate action because of the current 53-47 GOP majority. Political forecasters suggest U.S. Sen. Doug Jones, an Alabama Democrat, will lose his seat in November. That means Democrats would need to capture five seats now held by Republicans or four Republican-held Senate seats and the White House to flip the majority.

It’s a majority necessary to move forward with climate policies that have been thwarted or derailed by the GOP-controlled Senate and White House. Backing out of the Paris climate agreement, rolling back vehicle efficiency standards and scrapping the Clean Power plans are among the examples of climate policies that Republican leaders have blocked..

During his presidential run last year, Hickenlooper told The New York Times that “the next president is going to be the last person who has a chance to stop climate change when it will still matter.”

Now he’s talking about the climate-action potential of the next U.S. Senate.

His campaign website dedicates a page to what he calls “the defining challenge of our time.”

“Our planet’s health, economic well-being, and national security are all at risk,” he says. “It is imperative that we address the climate challenges we face with a fierce sense of urgency — human lives and livelihoods are at stake.”

“We will transition to 100% renewables and, as we make this transition, utilizing our natural gas resources to offset the need for dirtier forms of fuel, such as coal, will remain important,” Hickenlooper told The Denver Post.

As Denver’s mayor and Colorado’s governor, Hickenlooper presided over the nation’s first methane regulations, the state’s first light rail system and an electric vehicle plan. And while his administration backed the $28 billion outdoor recreation industry with its focus on protecting public lands, it also blocked community fracking bans in support of the $13.5 billion oil and gas industry that’s eager to develop public lands.

Eric Sondermann, an independent Colorado political analyst, said Hickenlooper has always been a pro-oil-and-gas Democrat. He said Hickenlooper has the support of environmentally-minded voters in an increasingly blue-leaning state, because voters concerned about climate see him as the best of the available options.

“Democrats are so desperate to retake the Senate and send Cory Gardner packing that there are a lot of Democratic voters who are willing to overlook some issues they normally wouldn’t,” he said. Hickenlooper “is never going to be as much of an oil and gas guy as Gardner.”

Embracing conservation, dodging the coattails of a populist president

Republican Cory Gardner clearly knows his constituents care about the outdoors. Eighty-one percent of Coloradans say clean air and water, wildlife and public lands are important in their voting decisions, according to the State of the Rockies poll by Colorado College. But he’s solidly aligned with the party of Trump, which has championed fossil fuel “energy dominance,” removed climate considerations from national policies and rolled back dozens of environmental laws and regulations.

Though largely tip-toeing through that minefield throughout his first term, Gardner marshaled his political disadvantage as a vulnerable Republican into two of the most important conservation measures in a half century. Joined by Sen. Steve Daines of Montana, whose seat is also considered a toss-up, Gardner pressed reluctant GOP leaders — including the president — to reauthorize the lapsed Land and Water Conservation Fund and to secure permanent funding to pay for public land improvements through the Great American Outdoors Act.

Gardner has taken relatively moderate positions on climate change, rejecting what he calls the “false choice between addressing climate change and economic growth” and “unreasonableness on both ends of the spectrum.” In the Senate, he’s advocated for National Renewable Energy Laboratory funding and been given “champion” status from wind and solar energy trade groups.

“I believe humans are contributing to climate change, and I believe we have work to do together to solve it,” said Gardner, a fifth-generation Coloradan.

Gardner has also advocated for fossil fuels and praised the oil and gas industry for supporting more than 10 million U.S. jobs. He opposed the Obama administration’s Clean Power Plan to lower greenhouse gas emissions from coal plants, according to The Colorado Sun. He also calls the controversial fight to relocate the Bureau of Land Management’s headquarters to Grand Junction, one of his “proudest moments.”

“Instead of talking about putting our traditional energy sources out of business,” Gardner says on his web page, “why don’t we talk about hardening our energy infrastructure, protecting these critical assets, and continuing to responsibly produce those resources for us, the environment, and for the world?”

“What I’m doing is fighting for policies that have bipartisan support, that can receive successful buy-in from both sides of the aisle to reduce pollution to promote clean energy, to promote wind, (and) solar, to move toward a renewable energy future,” he said in the Sun article. “I’m not going to do that to the detriment of jobs in my hometown or jobs in other places in Colorado. I think we can have a brighter, cleaner future without hurting the people who live next to us.”

Environmental groups accuse Gardner of trying to greenwash his record. The League of Conservation Voters, a liberal advocacy group that tracks lawmakers’ pro-environment votes, gives Gardner an 11% lifetime rating. And green groups remind voters that Gardner has voted with the president 89.1% of the time — a score that makes him more moderate than 38 other Senate Republicans, but still a strong Trump supporter in a state where the president’s popularity was low to begin with and declining.

Gardner seemed to be stepping carefully through the environmental-issue minefield in the weeks before the November election. Democrats pressed him to use his influence again to advance the Colorado Outdoor Recreation and Economy Act, which would protect about 400,000 acres of public lands in Colorado.

But his lack of support, along with his votes for many “anti-environment” nominees to the cabinet by President Donald Trump, have prompted groups like the Protect Our Winters (POW) Action Fund to snub Gardner. They cite his votes to confirm Scott Pruitt and former oil company lobbyist Andrew Wheeler to lead the Environmental Protection Agency, as well as Ryan Zinke and David L. Bernhardt to be secretaries of the U.S. Department of the Interior.

“He’s confirmed all of these leaders of our agencies that have spent their time dismantling climate policy and climate rules and regulations in our country for the last four years,” said Lindsay Bourgoine, who oversees the POW Action Fund.

“We look at these two candidates [and] there’s a very clear choice,” she concluded, “and the choice is John Hickenlooper.”

The Democrats also pushed for a vote on the Trump administration’s nomination of the controversial William Perry Pendley to be the administration’s first Bureau of Land Management director, hoping to use the vote as a cudgel against vulnerable western Republican senators, including Gardner and Daines. But the administration pulled the nomination before any hearings or votes. On Friday, a federal judge in Montana removed Pendley from office, saying he led the BLM unlawfully for 424 days.

Despite all the political capital and money Republicans have poured into the 2020 Colorado Senate race, the Cook Political Report and RealClearPolitics say the seat now is in the “leans Democratic” category. Gardner, like Susan Collins of Maine, is one of just two Republican senators fighting for reelection in a state Trump lost to Hillary Clinton in 2016.

But Colorado’s deepening drought, the no-show monsoons this summer and the historic wildfire season, not to mention the smoke drifting from fires in California, Oregon and Wyoming, are likely to prove awkward reminders to voters this fall that climate change is on the ballot, too.

This story, first published Sept. 20, 2020, is one in a series about the climate positions of candidates . The nonprofit, nonpartisan news outlet covers climate, energy and the environment. Click for the InsideClimate News newsletter.